Sony Plans to Break into Virtual Reality with PlayStation 4 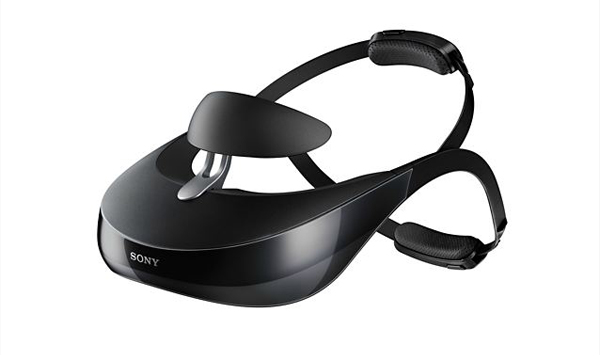 (Pictured: The Sony HMZ-T3, not the rumoured PlayStation model.)

What was originally intended to be revealed at Gamescom may be shown off at Tokyo Game Show later this month instead. According to a report by CVG, Sony is deciding whether a PlayStation virtual reality headset “should be pitched as a key differentiator for the console or a non-essential add-on.”

Sony isn’t breaking new ground here. The company already has a line of personal 3D viewers on the market, with their third and latest models, the HMZ-T3 and HMZ-T3W, scheduled for November. It seems only natural for the PlayStation brand to follow suit with their own gaming adaptation, more so with the growing interest in the rival Oculus Rift.

One source told CVG that Evolution Studios is already working to simulate a cockpit view for Drive Club. Another developer claims that it does resemble Sony’s 3D headsets.

As with the PlayStation Eye, the VR display will be sold separately, so as to keep console prices low. Frustratingly, we don’t know what the display latency is like (has to be lower for games) and whether it’ll even include head-tracking.

Over at Microsoft, a 2012 patent application (via Examiner) showcases their version of a virtual reality display, although fairly ambitious. Sporting a sleek sunglasses look, it’ll be designed with multiplayer gaming in mind and comes with eye-tracking, depth information, facial recognition and more. If a prototype does come through, pairing it together with the new Kinect would really open up doors for the gaming industry.

We’ll see what happens when Tokyo Game Show rolls around in two weeks’ time. Sony will be showcasing a bunch of PlayStation titles, and we may just get wind of the PS4’s release date for Asia and Japan.

Ade thinks there's nothing quite like a good game and a snug headcrab. He grew up with HIDEO KOJIMA's Metal Gear Solid, lives for RPGs, and is waiting for light guns to make their comeback.
Previous post Meet The Black Hand from Killzone: Shadow Fall
Next post Meet & Greet Alliance’s Loda This Saturday At Bugis