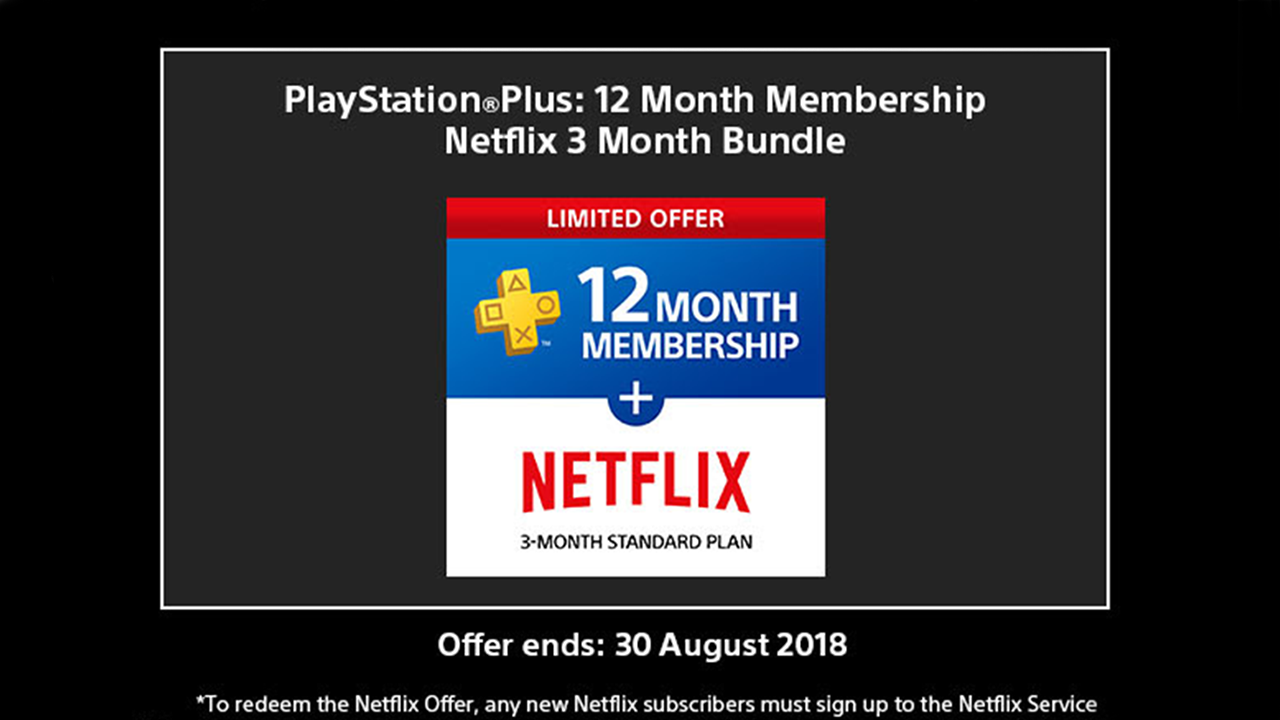 Ever eager to jazz up their PlayStation Plus offerings, PlayStation Asia are now bundling their annual subscriptions with three months of Netflix Standard (worth S$10.99 per month). The promotion runs from now till 30 August 2018.

A 12-month PlayStation Plus plan costs $43.90, and any active membership will simply be extended. The same applies to the Netflix side of things, with the digital code delivered through email. Users will have until 30 September to redeem this code, so there’s no reason to save it for a later date.

For Netflix subscribers on Basic or Premium plans, the gift code will be applied as retail value credits instead. You are, of course, free to alter your Netflix plan at any time.

Do note that the 12-month PS Plus membership is a recurring one, so make a point of cancelling it if you’re not fond of surprise expenses.

Netflix has long had a native app on the PlayStation 4, and it works as well as you might expect. Up-to-date Pro consoles are capable of supporting HDR too. Sensibly, using Netflix on the PS4 will not lock the account from other platforms.

While shows such as Atari: Game Over have unfortunately fallen out of Netflix Singapore’s catalog, we still have a selection of gaming- and geek-related content:

Don’t forget the selection of PlayStation Plus games given out every month, plus other membership benefits such as cloud saving and multiplayer access. All things considered, it’s a pretty good deal.

Ade thinks there's nothing quite like a good game and a snug headcrab. He grew up with HIDEO KOJIMA's Metal Gear Solid, lives for RPGs, and is waiting for light guns to make their comeback.
Previous post Review – Go behind the scope once more with Hitman: Sniper Assassin
Next post Review: Unravel Two will test your friendships and puzzle-solving abilities