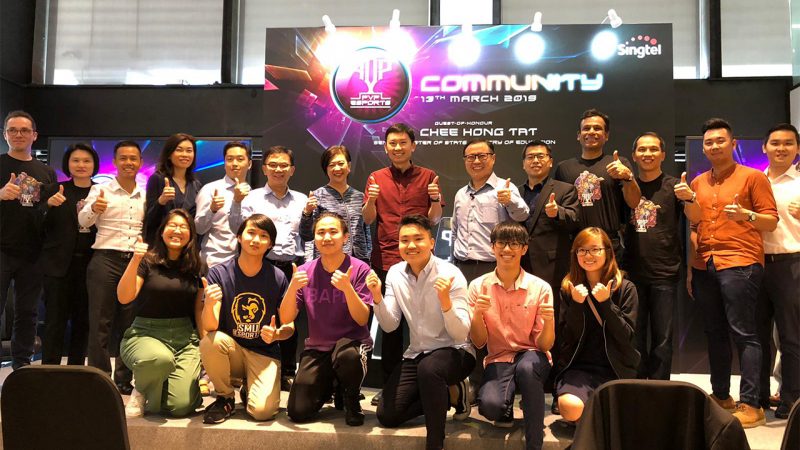 The announcements were held at a launch event at Singapore Management University, graced by Singtel International Group CEO Arthur Lang, as well as Senior Minister of State for Education Chee Hong Tat. 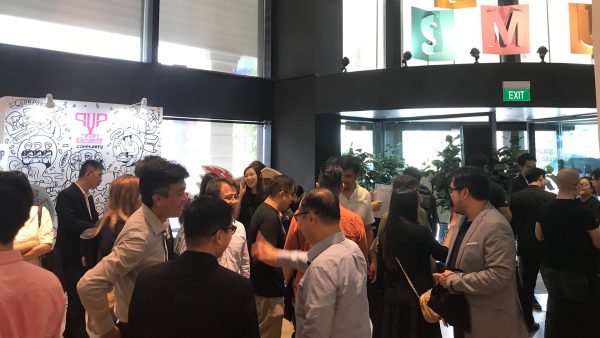 In his opening speech, Lang provided brief insight on the status of esports in the world at large, discussing the recent accreditation of gaming as a medal event in the upcoming SEA Games. More specifically, he emphasised the growth of the international mobile gaming community, which currently make up 200 million out of the 700 million gamers that Singtel services worldwide.

He also detailed the core motivation behind the PVP Community initiative. Citing how Joseph Schooling’s Olympic gold had united Singapore in spirit, he expressed how esports could perform a similar role with the right foundations.

When asked for comment, Lang said: “This year will be an inflection point for the industry in Singapore and the region. The popularity of esports and gaming is increasing exponentially. Our aim is to grow the gaming ecosystem in the region, further driving recognition in Asia, to provide fans more opportunities to share in their passion. Community is a foundation of gaming and we’re excited to support them with these new initiatives. We want the community here to ‘get gaming’.”

Introducing the new Leagues and Ambassadors

To that end, the chief executive announced two new Singtel-sponsored esports leagues in Singapore. The first of these is the PVP Campus League for tertiary institutions, split into two components. Official school teams are welcome to take part in the school qualifiers, while the open qualifiers are for teams that do not represent any particular institution.

Meanwhile, the PVP Corporate League targets the corporate sphere, where passionate adult gamers could compete in games such as Mobile Legends and Dota 2. Additionally, Lang made sure to stress the importance of giving back to society. Instead of being awarded to the winning organisation, he suggested that the prize money could instead be donated to charity. 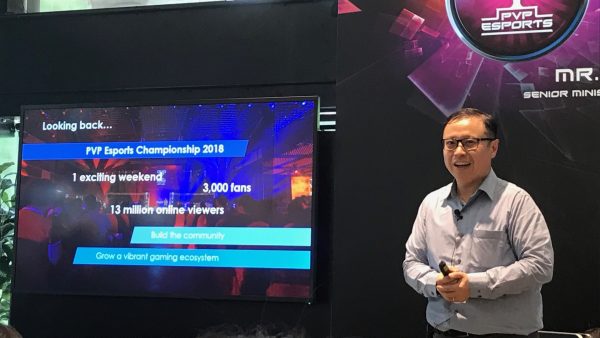 Like 2018’s PVP Championships, both will culminate in a Singapore-held festival to celebrate all things esports.

Next, he introduced three noteworthy individuals and organisations that would be working alongside Singtel for PVP Community. These PVP Ambassadors, made up of prominent homegrown talents, would form the public face of the local esports scene. The three parties — fighting game professional Ho Kun Xian (Team Razer), and professional esports organisations Team Resurgence and Team Asterisk* — each received a commemorative trophy to cement the partnership. 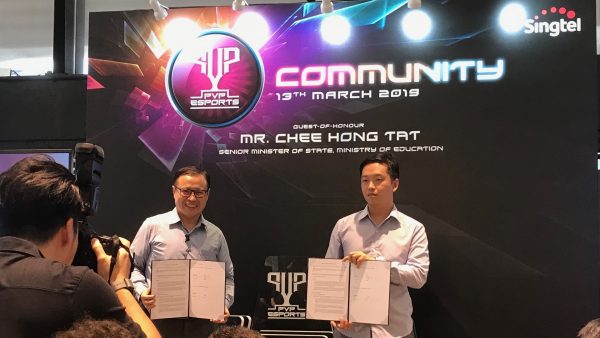 Speaking of partnerships, Singtel also signed a memorandum of understanding (MOU) with the Singapore Esports Association (SGEA) to help groom local cyber athletes. One such policy concerns an esports-related scholarship, although exact details have yet to be ironed out. 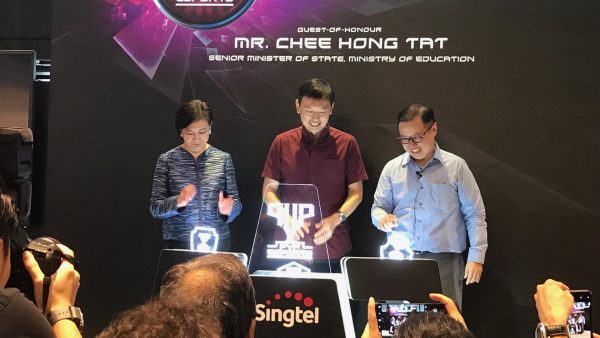 What do I think?

I’m really happy about Singapore getting dedicated campus and corporate leagues. By and large, most gaming tournaments here are done informally or within an inter-community context, hindering potential esports talents.

But like any athletic endeavour, developing competent cyber athletes also requires the correct motivation and environment. With that said, an esports scholarship is probably the right way to go — being able to pursue an esports career without sacrificing educational opportunities should go a long way in encouraging local talents.

All things considered, Singtel’s new initiatives are probably a step in the right direction. The future of esports looks as bright as that light-up PVP display, and we’re only too happy to see it shine!

Kenneth is your dedicated jack of all trades gamer and borderline anime nut. When not writing, he likes to wind down with Overwatch, Apex Legends and a bit of Fate: Grand Order on the side.
Previous post Interview: SIE Bend Studio’s David Lee on the days behind Days Gone
Next post Looks like Gearbox are teasing Borderlands 3