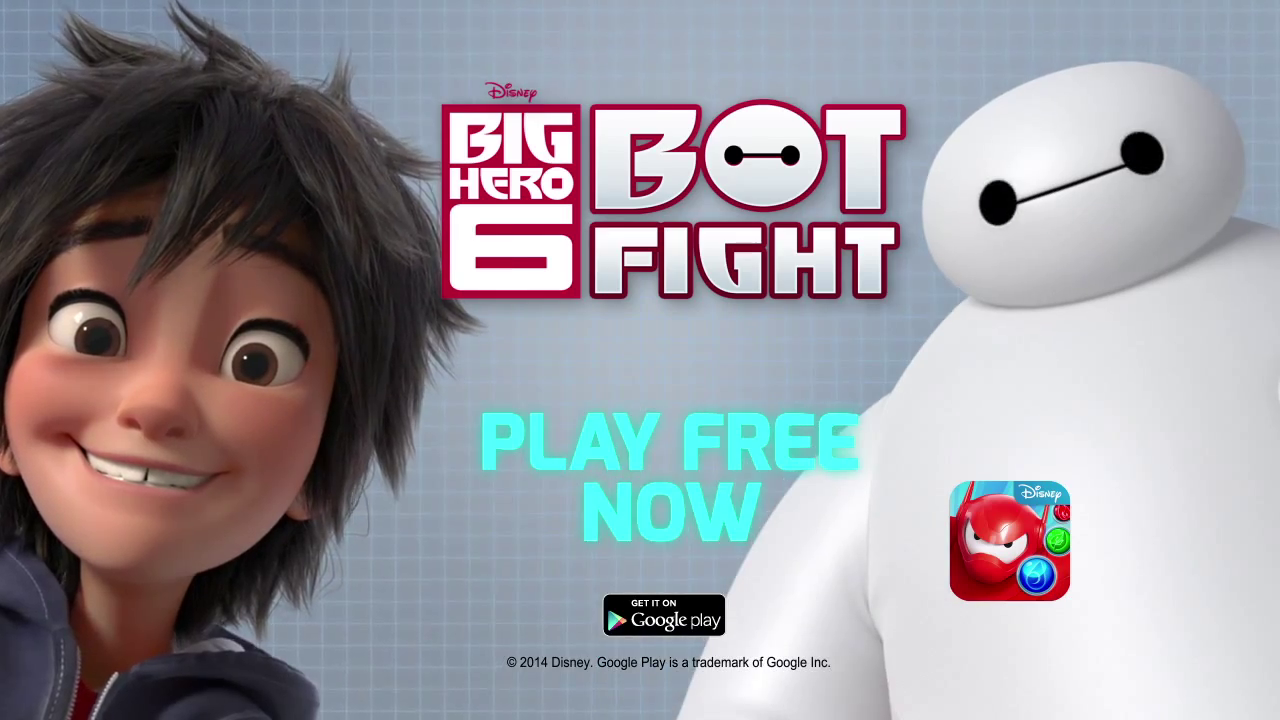 It’s a busy time for Gumi Asia. The developers of hit mobile RPG Brave Frontier are not only contending with relocation but also preparing the launch of Big Hero 6: Bot Fight, co-developed with Disney Interactive. Their first collaboration with a mass media powerhouse was as exciting as it was challenging, staying up past midnights just to hit their tight deadline. Now that it’s out they can finally take a breather, beaming as they show their take on the match-three genre. For a licensed ‘casual’ mobile game it’s pretty darn good.

Appealing visuals, easy gameplay, things to collect and in-game purchases – Big Hero 6: Bot Fight ticks all the boxes. While slapping on licensed characters to a popular game mechanic would satisfy some people, Gumi makes games, not apps. The distinction is important for it separates Bot Fight from the plethora of options out there.

The main difference is that there’s so much more to do. The match-three component will be familiar to everyone but the levels are themed after turn-based fights throughout San Fransokyo, using combos and special tiles to defeat a series of enemy bots and, eventually, the boss. Rather than thinking of huge combo chains the strategy shifts to using heal and damage tiles effectively. While mindlessly matching stuff works flawlessly there’s a slight satisfaction in making good combos, akin to button-bashing and knowing what you’re actually doing.

Outside of ‘battle’ players spend their time managing their own army of bots. They come with different abilities and are assigned into teams of five, letting you switch around for a composition that works best. This is where Brave Frontier influence creeps in and honestly nobody’s complaining. There’s a story in there too, set one year after the events of the movie (which I admit was entertaining for the most part).

The robots are all designed in-house whereas the story’s woven from a close collaboration with Disney’s writers. The kingdom of Mickey demands quality out of its products and, after seeing everything come together for a match-three game fused with action and RPG elements, it certainly looks like Gumi Asia delivered.

They could have made something else of course but reaching their target demographic – everyone who watched the movie – calls for a low barrier of entry. Even so, they felt that opening a puzzle game of this calibre to the casual crowd is a good move. While Bot Fight isn’t something I’d personally play for long it’ll probably loiter in my devices much longer. It’s a great way of expanding someone’s gaming horizons and that’s always a plus in my book.

So what’s next for Gumi Asia? Speaking to one of their producers, Cash Ong, he says that their first order of business is to complete the shift to their larger office, which in turn calls for a round of hiring! If you’re looking to get into local mobile development then do pop by their career page. On the gaming side of things they’ve already got a few projects lined up – nothing they can announce just yet but certainly something we’d keep an eye on.

Disclosure: The preview event was accompanied by a movie screening.

Ade thinks there's nothing quite like a good game and a snug headcrab. He grew up with HIDEO KOJIMA's Metal Gear Solid, lives for RPGs, and is waiting for light guns to make their comeback.
Previous post Review: Sunset Overdrive (Xbox One)
Next post Catch BlizzCon 2014 This Weekend from the Comforts of Home