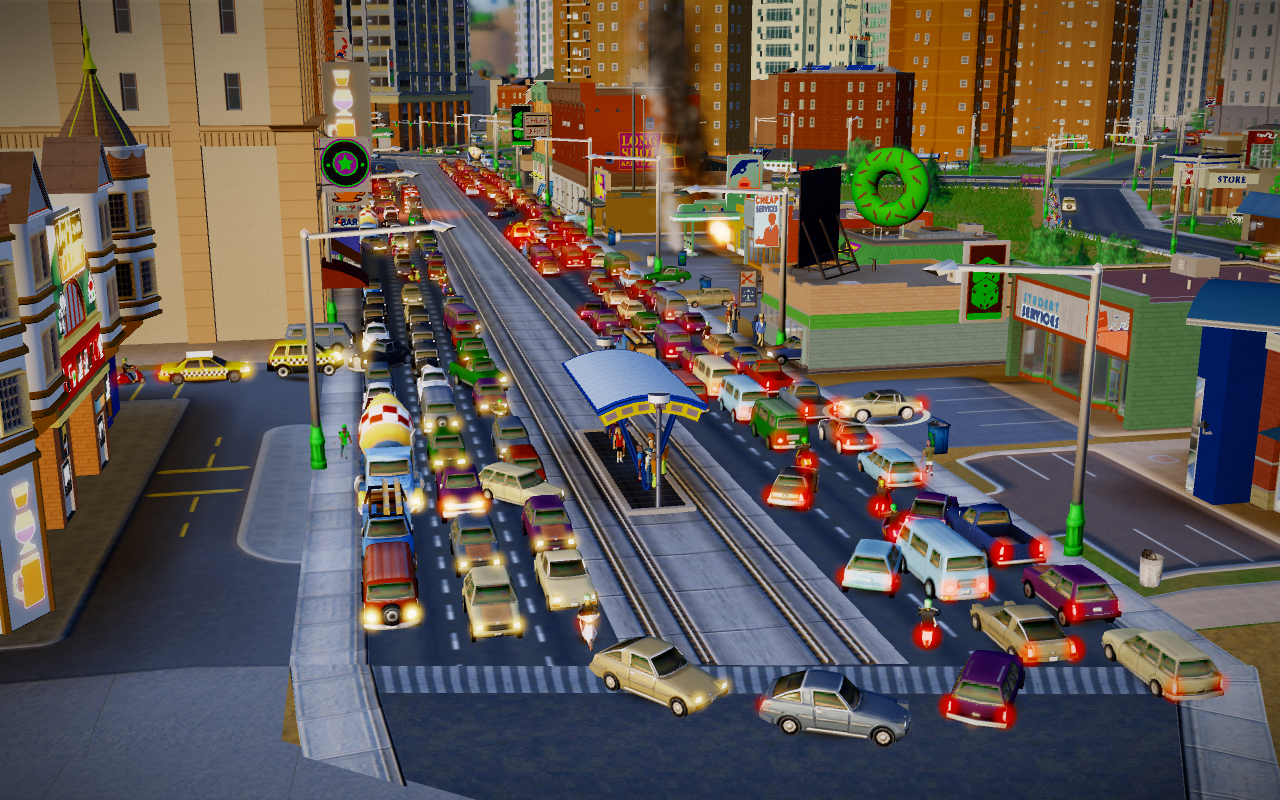 Maxis has announced their impending release of a patch that will make traffic flow smarter in SimCity.

A little problem you don’t notice until your city becomes populous with tourists and shoppers is the massive gridlock that occurs when all of a city’s Sims scramble to get some happy at the local commercial zone. This gridlock makes for horrible news when Fire Engines can’t get to a burning building in time.

The upcoming patch is an attempt to overwrite the mindsets of SimCity drivers so they’ll pick roads that are less congested and give priority to emergency vehicles. It will also resolve the odd behavior of all available emergency vehicles responding to the same crime or fire at the same time.

“Non-critical” features previously disabled for the servers to breathe easier will make a return to the game with this patch, which I hope will be released before that fire in my city gets worse.