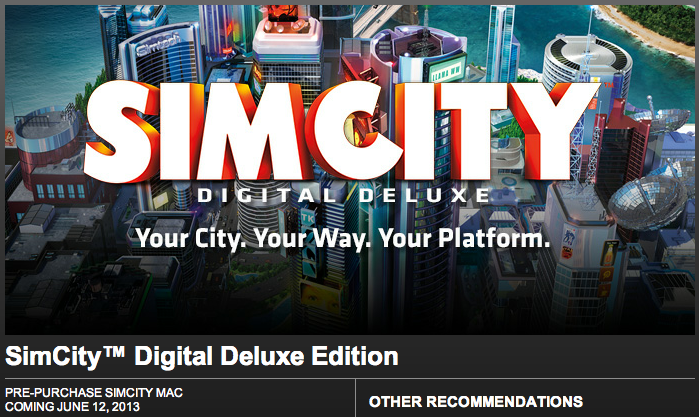 The folks at Maxis has released word that the native, Mac-optimised version of SimCity will arrive in June.

The company’s mention of dual-platform play on a single purchase is honoured, so players who bought SimCity on Windows can also play it on their Macs, accessing the same servers as the Windows PCs do. The game supports Macs running OS X 10.7.5 and a Core 2 Processor, much like how it supports older computers on Windows.

SimCity Standard and Digital Deluxe Editions for Mac will be in intangible digital forms off Origin from today, although noticeably without the discount it had for Windows.