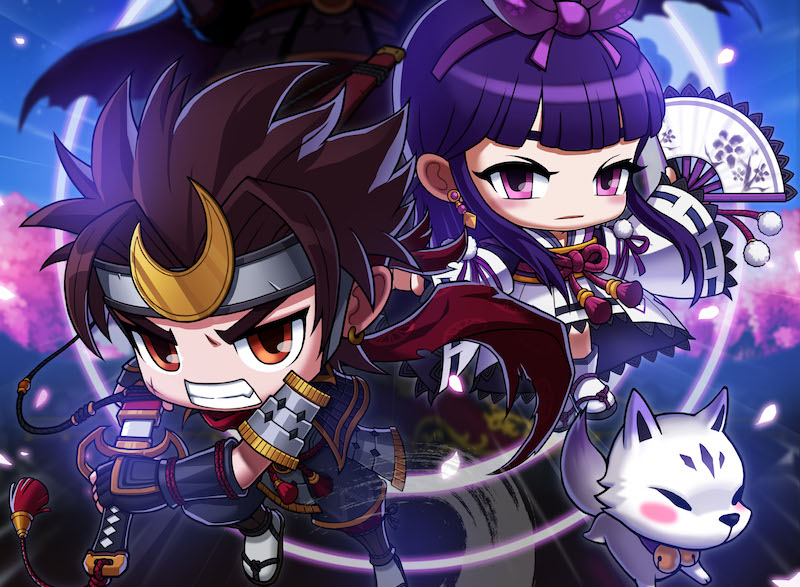 With the new content patch, Hayato will make his appearance first on MapleSEA. The samurai warrior wields a katana sword and a Wakizashi, a companion sword as a secondary weapon. Kanna will make her debut on 4th December as the second part of the Sengoku Era update. The magician with her white fox Haku and fans as her weapon of choice. Haku the fox can even turn into a human for assistance in battles.

A host of new events will kick off during the launch of the Sengoku Era. Obtain some limited in-game items when you join the Sengoku Hunt with bi-weekly minigames. Upcoming events may also score players a trip to Japan and with cash prizes waiting to be won.

Restore peace to ancient Japan and stop the demon king Nobunaga from taking over the country! More details available on the MapleSEA website.