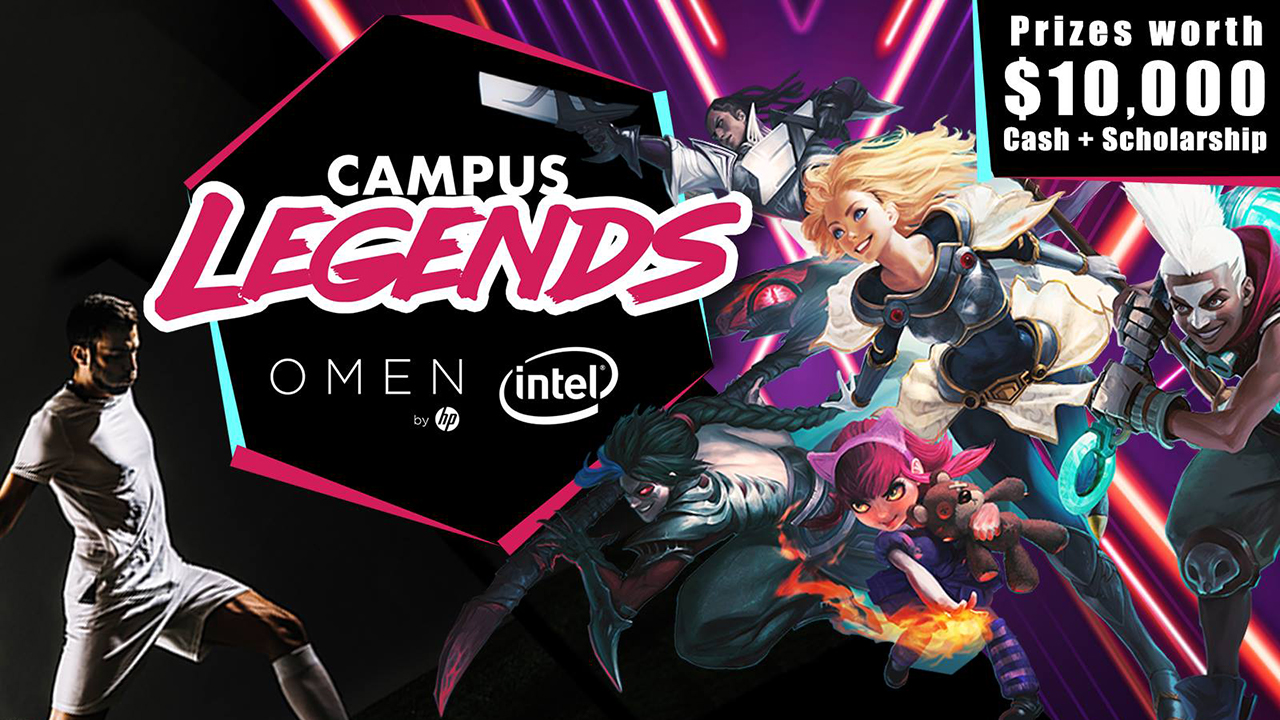 The esports spotlight in Singapore intensifies with the announcement of a new inter-tertiary league. Campus Legends by Singapore’s Cybersports & Online Gaming Association (SCOGA) will have students competing in League of Legends and FIFA 19 for cold hard cash as well as opportunities to further their skills and visibility in the industry.

The league is open to all students from Institutes of Higher Learning (IHL), which includes the Institute of Technical Education, polytechnics and universities. SCOGA assures that all matches will take place on weekends and outside of school examination periods.

The S$10,000 prize pool is split 7:3 across both games. Notably, half of that cash will be “awarded in the form of scholarships.”

Qualifiers begin at the institute level to find one representative team each, who will all then proceed to the group stages to determine the playoffs brackets.

The first qualifier will be for Singapore Polytechnic on May 18, with the rest falling on subsequent weekends up until the Singapore Institute of Technology qualifier set for July 6.  The playoffs and finals take place at the Singapore Sports Hub from Aug 3-4.

Team registrations are now open, and an official Discord channel has been set up to matchmake solo players .

Supporting the event is Singapore’s National Youth Council, who are including Campus Legends as part of this year’s YOUTHx line-up.

Other sponsors include OMEN by HP and yup.gg – a talent agency for gaming and esports influencers –as well as partners Professional Solutions Company (PSAP), Sony Electronics Asia Pacific, Garena and Yahoo.

“A platform designed for the holistic development of esports players”

Reinforcing SCOGA’s educational push are workshops and masterclasses available to IHL students and members of the public during Campus Legends’ run. These touch on a variety of lesser-known topics essential to esports, including production, officiating, and sports science.

“In this exciting time where esports is increasingly recognised as a legitimate discipline, Campus Legends is a platform designed for the holistic development of esports players, providing them with the proper foundation to pursue their passion and fulfil their potential, and allowing them to explore the variety of career pathways in this burgeoning industry. We hope that students participating in Campus Legends in any capacity – a competitor, a participant at any of our ancillary programmes, a volunteer or even a spectator – will benefit from learning what it takes to excel in esports,” commented SCOGA president Kelvin Tan.

One of those ancillary programmes is SCOGA’s esports academy, which first launched in 2017. There, students are mentored not only on their hard gaming skills but also tutored in related fields such as live-streaming, shoutcasting and events management to better develop the next generation of professionals. In that regard, Campus Legends will help to serve as a discovery platform for emerging talent.

SCOGA has been supporting gaming at the tertiary level for years, although they aren’t the first to announce a local league in 2019. Ramping up their gaming presence is Singtel with their own PVP Campus League, which has an open qualifier for teams not representing any institution (PVP also has a Corporate counterpart for older players). There’s also MyRepublic’s Gamer Arena, an online tournament open to all in Singapore and about to enter its second season.

Ade thinks there's nothing quite like a good game and a snug headcrab. He grew up with HIDEO KOJIMA's Metal Gear Solid, lives for RPGs, and is waiting for light guns to make their comeback.
Previous post Zane and Amara get the spotlight in Borderlands 3 worldwide gameplay reveal
Next post Easter eggs, comic books and the future of the MCU: An Endgame Discussion