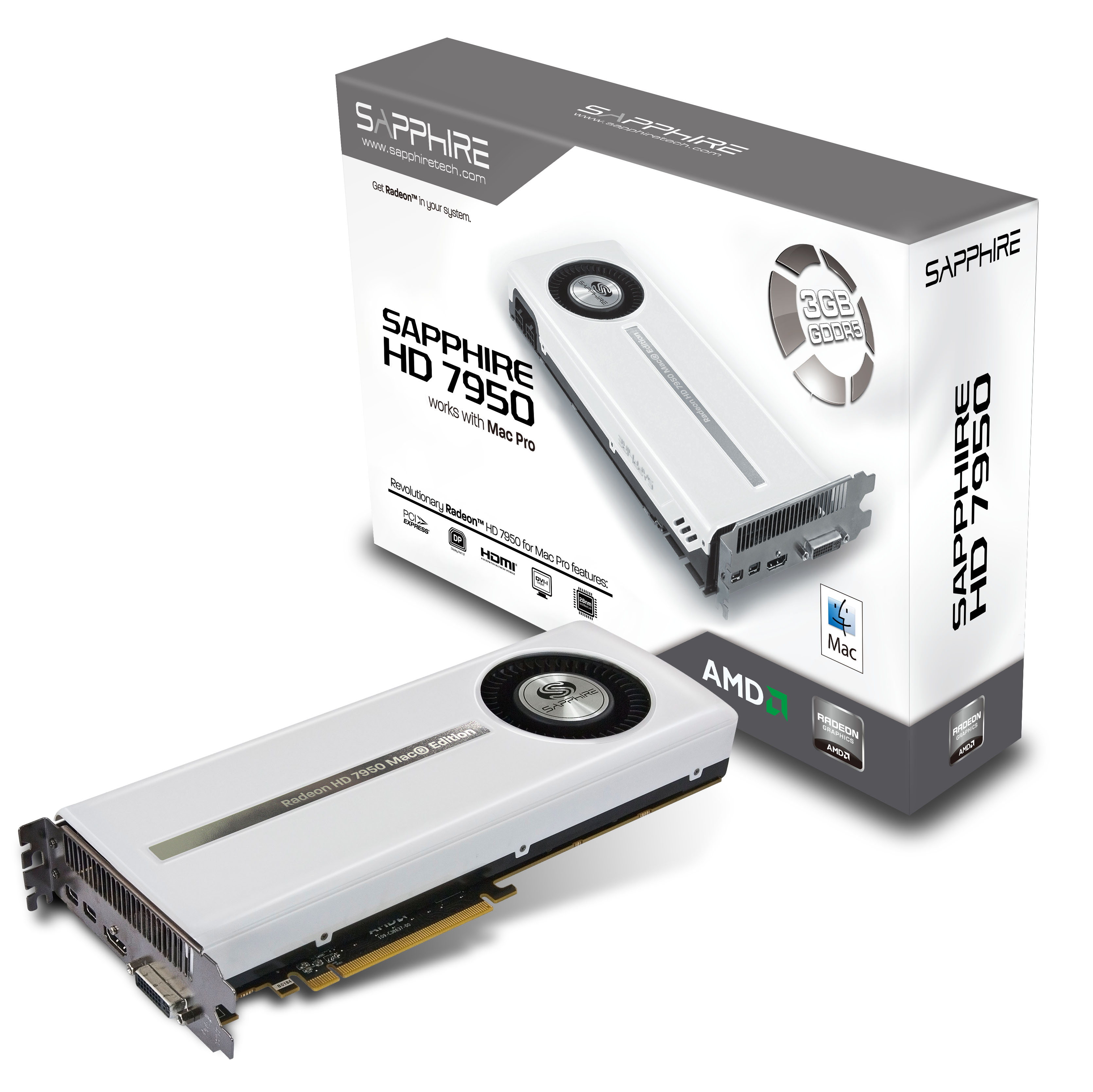 If you still haven’t given up on your Mac Pro for gaming, the guys at Sapphire has something for you.

Sapphire Technology has released their new HD 7950 Mac Edition for Apple’s line of CPU-based computers, the Mac Pro. Based on AMD’s Graphics Core Nest architecture, it provides a boost in graphic performance and other professional applications like video editing, providing up to a 200% improvement on frame rates.

The Sapphire HD 7950 is compatible with Mac Pros from 2010 onwards on systems running OS 10.7.5 and 10.8.2 or later. It can also be used for dual purposes on Windows architectures.

SAPPHIRE Technology, the leading manufacturer and global supplier of graphics solutions based on AMD technology, has just announced an exciting new graphics accelerator compatible with the Apple Mac Pro series of desktop computers.

Exclusive to SAPPHIRE, the HD 7950 Mac Edition is based on AMD’s latest Graphics Core Next (GCN) architecture. This highly acclaimed architecture delivers a significant graphics performance boost for Mac Pro users in a wide range of applications including gaming, audio or video editing and content creation. For example, gaming frame rates are increased by over 200%, general benchmark performance increased by around 30% and graphics intensive benchmarks increased by as much as 300% compared with the NV 8800GT commonly used in these machines, (see accompanying table).

The SAPPHIRE HD 7950 Mac Edition is equipped with 3GB of the latest GDDR5 memory, and its Dual Asynchronous Compute Engines (ACE) deliver up to 2.87 TFLOPS Single Precision compute power. It provides hardware support for Open GL 4.2 and Open CL 1.2 as well as AMD HD3D technology and APP acceleration.

The SAPPHIRE HD 7950 Mac Edition is compatible with Apple Mac Pro models from 2010 and later with an available PCI-Express x 16 slot. Two six-pin power cables required are supplied with the card. A driver disk is provided which enables the card to be used with Mac OS X 10.7.5 (Lion), 10.8.2 (Mountain Lion) or later.

The SAPPHIRE HD 7950 Mac Edition can also be used in the latest PC architectures. It has Dual Firmware support via a simple Firmware (Dual BIOS) switch. In one position the Sapphire HD 7950 MAC Edition supports Mac OS X/Windows under non-UEFI compliant mode and in the other it supports Windows with UEFI hybrid firmware enabled. A Windows driver disk is also included.

Under Windows, additional features are supported, including hardware acceleration of video decoding, HDMI audio pass through and additional display resolutions.