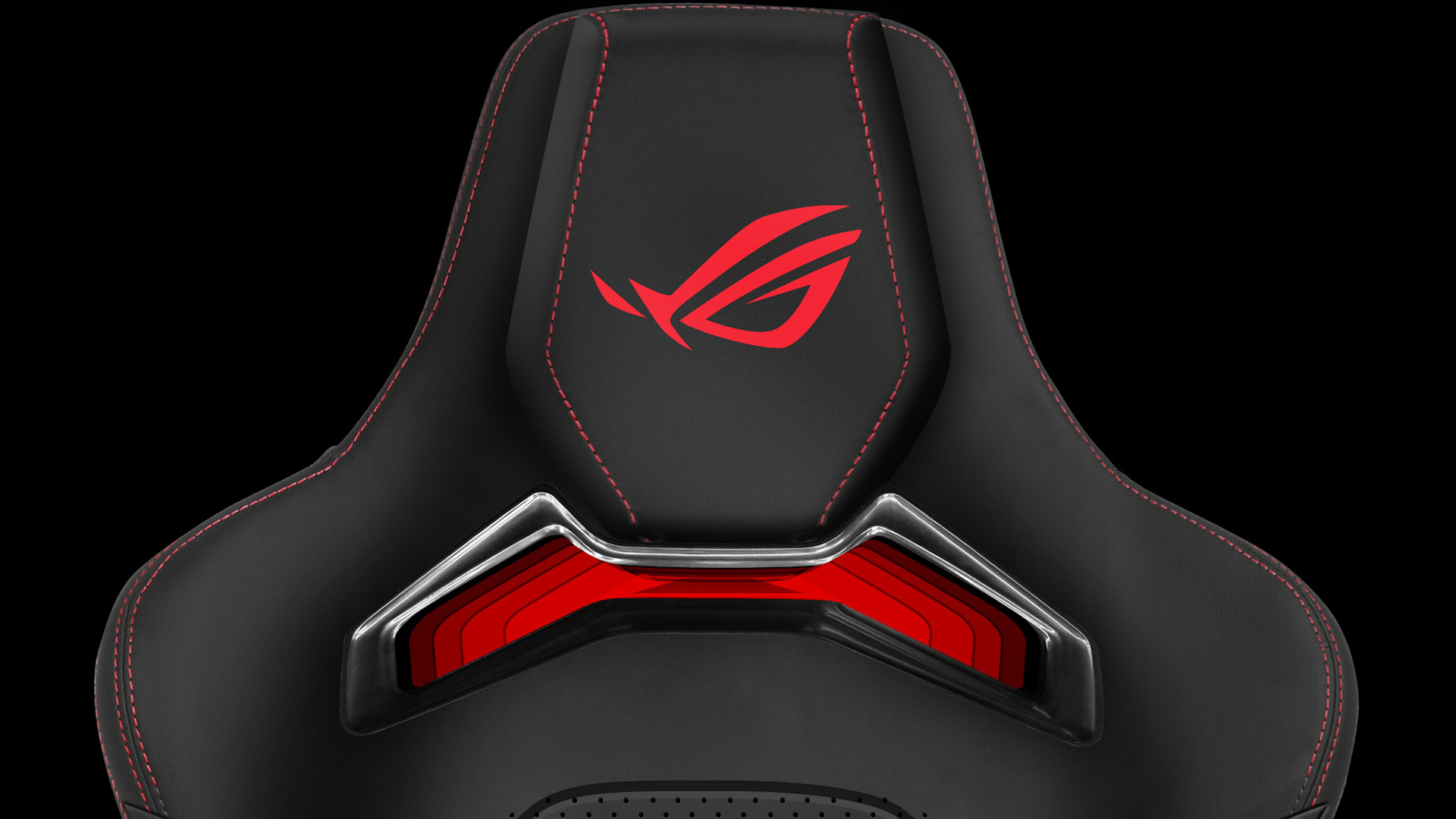 The exhibition days for Computex 2019 are still underway and, as you’d expect, there are plenty of cool things on the showfloor. You’ll find head-turning custom PCs to a literal wall of keycaps and, of course, RGB lights at every turn.

There’s so much RGB lighting you’d even find them on chairs too.

Who could be responsible for such a thing?

ASUS ROG. The company has a massive booth full of everything PC, but among the motherboards, laptops and portable 240Hz monitors is a lifestyle section showcasing other stuff.

One of these is the ROG Chariot Core gaming chair (coming Q2 2019), which looks like any-old PU leather bucket seat until you notice the LEDs glowing off the thing. There’s one just under the headrest and another, depicting the ROG logo, on the back. This debuted at CES earlier this year but coming to Computex means more folks in Asia get to look at its “TRON-like pizazz.” 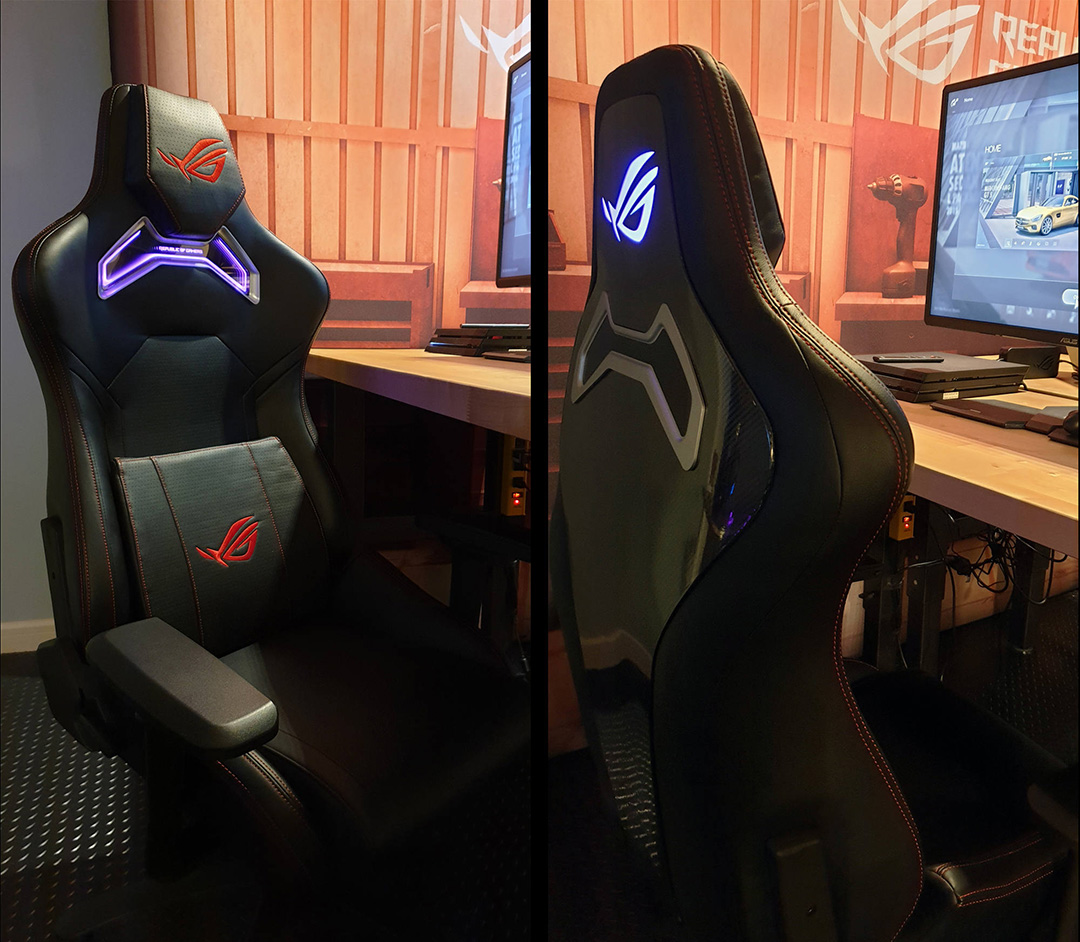 Alright, the “infinity mirror effect” does look kind of cool.

It’s powered by a battery hidden under the seat; ASUS says you’ll get up to 11 hours of lighting on a 10,000 mAh battery. Not that you can actually see those lights while gaming, but it’s the whole battlestation aesthetic, you know?

Unfortunately, those LEDs are bound by Aura RGB presets with no Aura Sync. That means you can’t match it up with any custom lighting effects on your ROG desktop and peripherals, which is quite the letdown. You cycle between those presets using an in-built controller.

There’s also a non-RGB model but, honestly, if you’re forking out cash for an ROG branded gaming chair then you might as well have it lit up like most of its other products.

At that point, I guess you could splurge on an RGB backpack too. 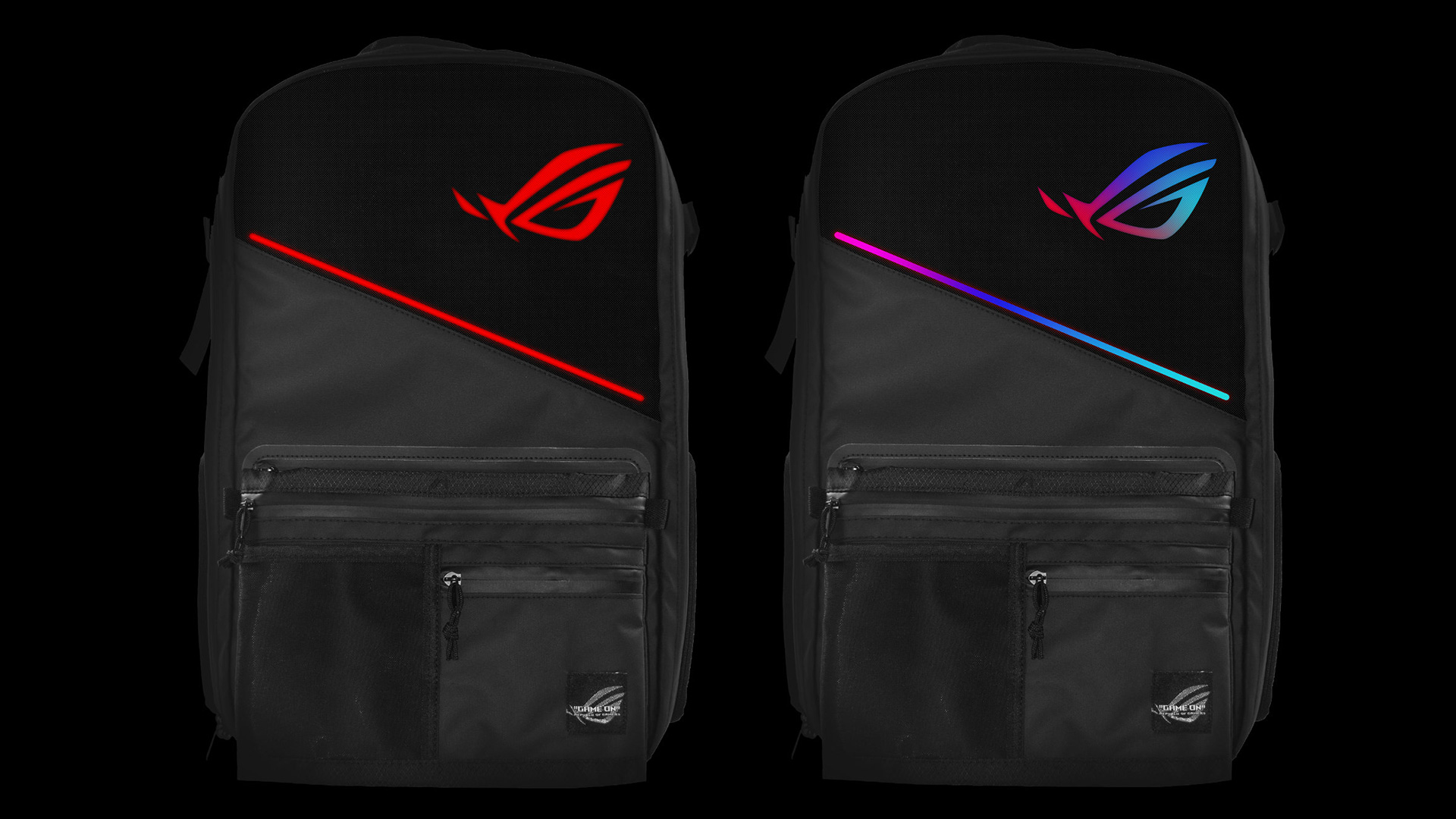 Watch out, Razer, they may just come for your toaster next.

Ade thinks there's nothing quite like a good game and a snug headcrab. He grew up with HIDEO KOJIMA's Metal Gear Solid, lives for RPGs, and is waiting for light guns to make their comeback.
Previous post Deal Alert: PS4 Slim, Nintendo Switch, Devil May Cry 5 and more
Next post Xbox Game Pass coming to PC with over 100 games