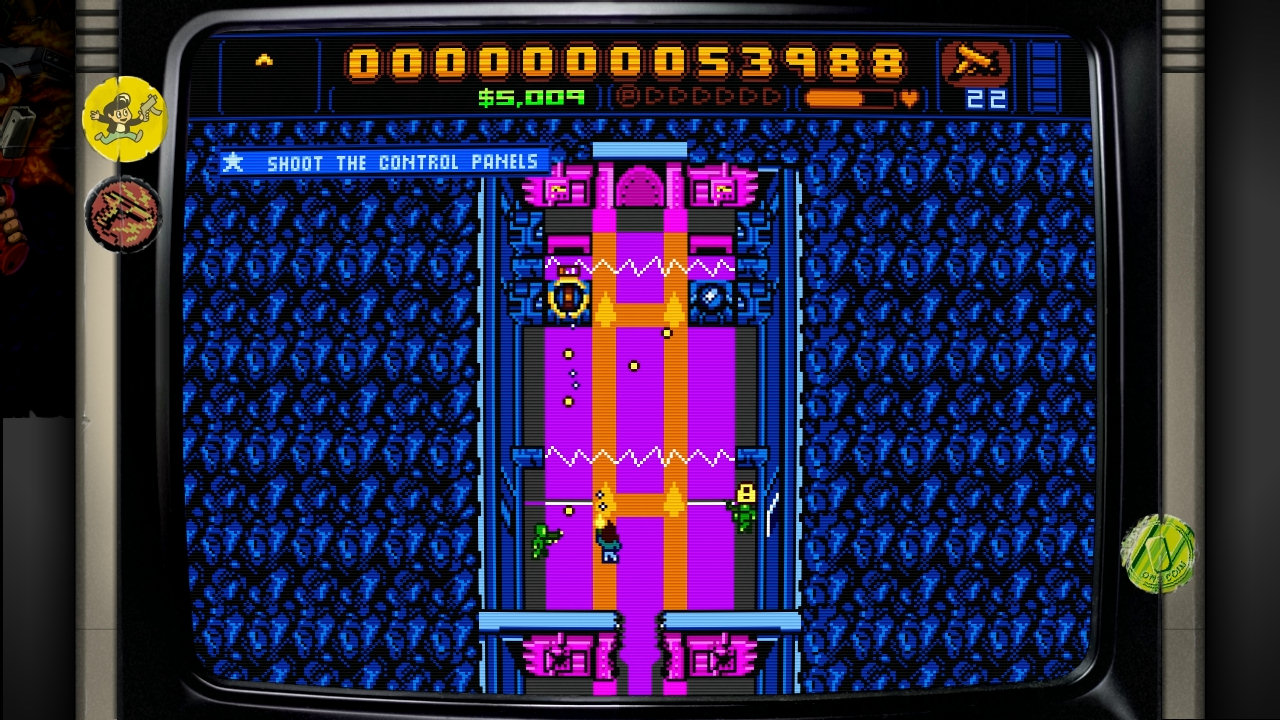 Retro City Rampage, the 8-bit videogame-reference-packed homage to Grand Theft Auto, has entered its first year and the celebration begins with a 76% off its price on Humble at US$3.69 for a DRM-Free game and a copy for Steam or GOG (ends in 14 hours at time of writing), with its console versions going for US$10 on PSN, XBLA and WiiWare.

VBlank Entertainment is also offering folks who pre-ordered the game last year two more copies of the game, namely for the PS3/PS Vita Cross Play version to download off the North American, European and German PSN Stores, as well as a 20% on Retro City Rampage Merchandise.