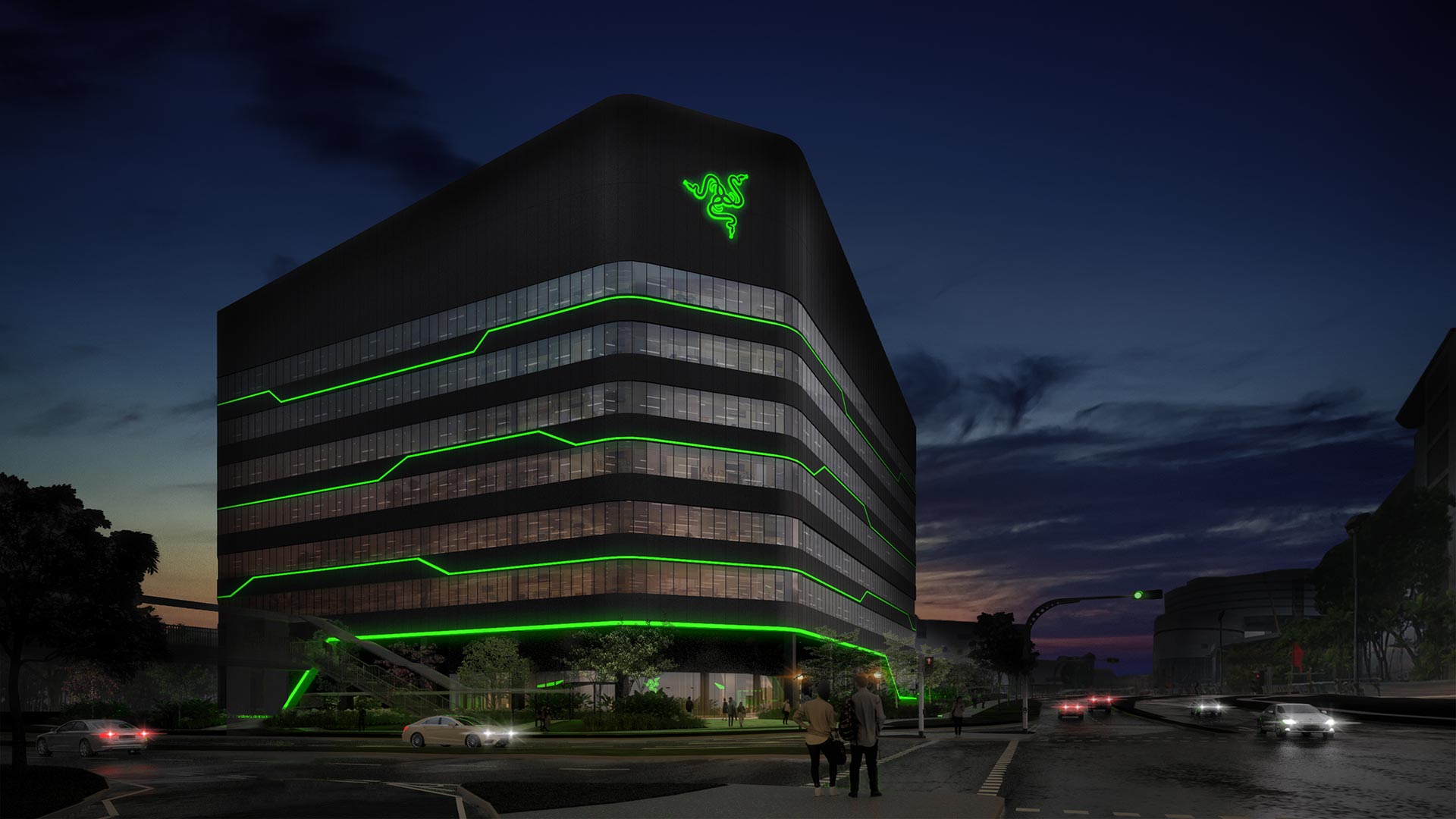 After some prolific developments in recent years, Razer has decided to shift their burrow to a more upscale lair right in Singapore’s tech and innovation hub. The new Southeast Asia headquarters opens in 2020 and will serve to support the company’s growth in the region, though it’s an artist’s impression of the building that has everyone talking.

With approximately 19,300 square meters spread across seven stories, the one-north building will apparently embody Razor’s favored design elements: loads of black accented by green. It helps that the artwork casts it against a late evening sky, giving it a slightly ominous touch. You could even say it looks like a villain’s lair, something that Razer CEO Min-Liang Tan happily went with:

If this looks like a super villain lair, doesn't that make me… pic.twitter.com/luZgjsICyt

Naturally, the building swiftly slithered its way over to Reddit with appearances in r/evilbuildings and r/Singapore, though the latter was more concerned over anecdotes about the poor durability of Razer’s products.

“We are excited to announce our new home for Razer employees and the community in the region […] This is an exciting time for us as we continue to advance our operations on the back of the robust growth of the esports and gaming markets across the world,” said Min-Liang in a press release.

Other than expanding into smartphones with their Razor Phone line, the company has also dipped its toes into cyptocurrency and e-payments. The latter already sees use in Malaysia with Razer Pay, which is set to launch in Singapore in Q1 2019 by riding on the NETS network. Razer has also partnered with brands such as SISTIC and SP Group to integrate the e-payments system.

It’ll be a while before one-north regulars sees that black facility among them, but for now let’s place some bets: what are the chances those lighting strips are actually RGB?

Ade thinks there's nothing quite like a good game and a snug headcrab. He grew up with HIDEO KOJIMA's Metal Gear Solid, lives for RPGs, and is waiting for light guns to make their comeback.
Previous post Review: Super Smash Bros Ultimate is the best incarnation of the series
Next post GAX Deal Alert: Xbox Live Gold for $1, Xbox One S and more