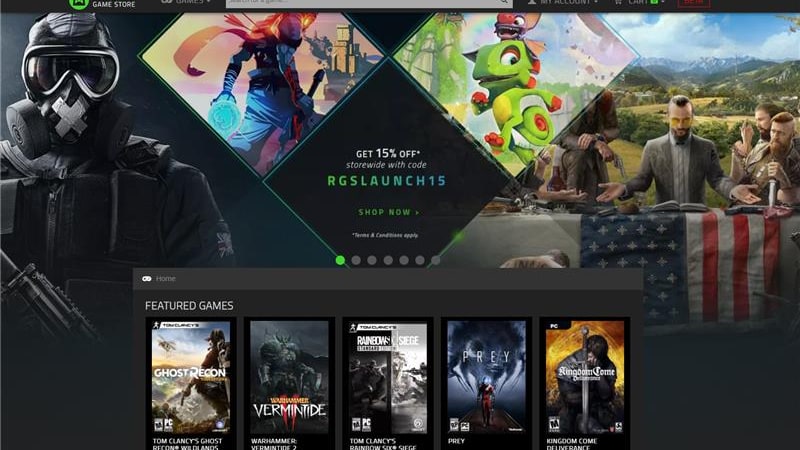 Razer is launching its own digital game store to compete with the likes of Amazon and G2A. The Razer Game Store will offer Steam or Uplay game keys, along with exclusive Razer offers and vouchers. Additionally, customers who use the Razer Game Store will be able to earn Razer’s earn zSilver loyalty rewards credits, which can be used to buy Razer hardware and peripherals.

The Razer Game Store will also be running weekly exclusives. Each week, the company says it will pick four games it thinks people will like and throw in perks to sweeten the deal. The first batch of games includes Far Cry 5, Assassin’s Creed: Origins, Ni No Kuni II: Revenant Kingdom, and Wolfenstein II: The New Colossus. The games will be discounted and anyone who buys them will also get a Razer Game Store voucher of up to $15, double zSilver rewards, and a $10 voucher on Razer peripherals bought on RazerStore.

“As gamers, we know the importance of a good deal and the Razer Game Store delivers that to everyone,” says Min-Liang Tan, Razer co-founder and CEO. “We have been delighting gamers with our high-performing peripherals, laptops and software, and we’re now also able to provide the content itself that fuels their passion.”

The Razer Game Store is live in the United States, United Kingdom, Germany, and France. However, you can still shop there locally, prices will just be charged in US dollars.

We are Team GameAxis. And we will play games for food.
Previous post Logitech PowerPlay mouse mat review: Never plug in your mouse again
Next post Spyro Reignited Trilogy lands on 21 Sep for PS4 and Xbox One