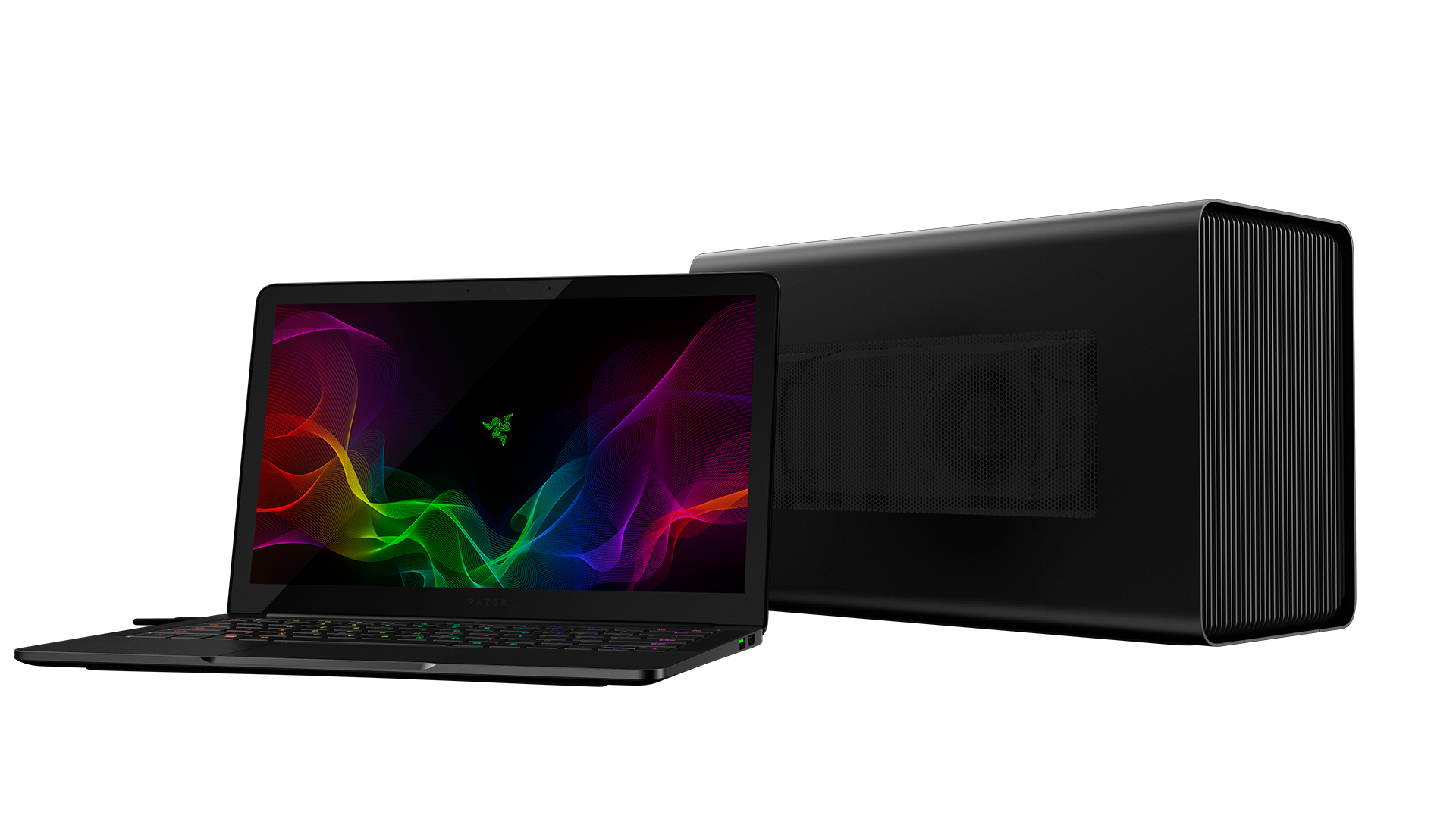 Marketed as the “world’s smallest gaming laptop in its class,” the Razer Blade measures an impressive 16.8mm thin with a length and width of 355mm and 235mm respectively.  Depending on your display hardware, the weight tops out at approximately 2.1kg.

The star of this hardware refresh is the Intel i7-8750H, a hexacore processor that succeeds last generation’s i7-7700HQ as the top-end gaming laptop CPU. The base clock speed has been lowered to 2.2GHz but Intel has managed to set a higher maximum clock of 4.1GHz for single and dual cores.

There’ve been a few design revisions outside, too. The new Razer Blade has a 50% larger touchpad which is supposedly more accurate with improved gesture support, while audio has gotten a boost through the inclusion of stereo front-firing speakers and Dolby Atmos support.

These changes aside, buyers can look forward to the usual Razer Chroma RGB lighting and top-end components such as IPS displays (Full HD 144Hz or 4K 100% Adobe RGB with multi-touch), 16GB DDR4 memory (upgradeable to 32GB), and a 512GB PCIe SSD (upgradeable to 2TB).

The new Razer Blade is available through the Razer Store, starting from S$2,799.90.

Those who’ve fully invested into the Razer Chroma lighting system should take a look at the new Chrome Laptop Stand as well, which has a lighting strip at the front and a 3-port USB hub at the back. For notebook protection, there’s a Razer-branded, water-resistant protection sleeve.

Users who are bottlenecked by their new Razer Blade’s GPU can consider picking up the Razer Core X, an external graphics enclosure that’s compatible with both Windows and Mac OS. Of course, the device works with other laptops as well – Razer’s own Stealth and Blade Pro, for instance, or other Windows 10 laptops that have a Thunderbolt 3 port with external graphics (eGFX) support.

The Core X may accommodate 3-slot wide desktop graphics cards, from the consumer Nvidia GeForce and AMD Radeon (with XConnect) lines to the workhorse Nvidia Quadro and AMD Radeon Pro series. It already comes with a 650W ATX power supply, with 100W reserved towards laptop charging.

The plug-and-play nature of the Core X makes set-up a breeze, since you won’t have to restart the laptop every time its hooked up. Likewise, installation is tool-free: a drawer slides out of the aluminum enclosure to accept your GPU, secured in place with a thumb screw.

For cooling, there are open vents and additional cooling measures, so temperatures shouldn’t be a concern even for “digital currency mining.”

Notably, it has a larger GPU slot, higher power, and a lower price than the smaller Core V2. The Razer Core X is available now at US$299 (S$402).

Ade thinks there's nothing quite like a good game and a snug headcrab. He grew up with HIDEO KOJIMA's Metal Gear Solid, lives for RPGs, and is waiting for light guns to make their comeback.
Previous post Try out the new LG G7+ ThinQ at Zouk tomorrow, 22 May
Next post Overwatch Anniversary 2018 adds new map, cosmetics, and past seasonal content