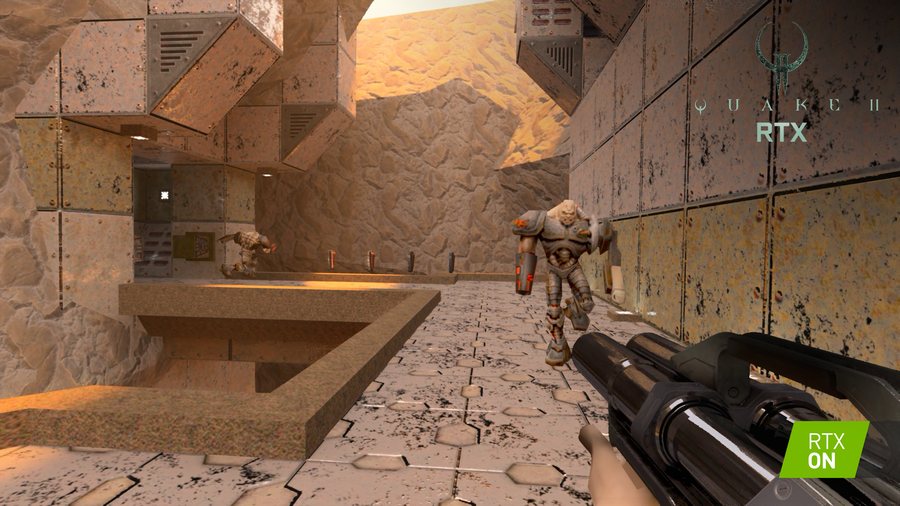 Quake II RTX will be available for free to all players who own the original game; other players can try the free demo instead, consisting of three fully remastered levels.

As for what exactly is different, NVIDIA has stated that there will be real-time, dynamic time of day lighting. Water and glass will also reflect light accurately, and weapon models and general textures have been increased in detail, as well as overall image quality.

The studio director of id Software,  and one of the creators of the Quake franchise, said, “It’s rare that a PC game has the impact and longevity of Quake II, and seeing it reimagined with ray tracing 20 years later is something special for me. Equally special is the relationship with NVIDIA, whom we have worked with since the early days of first-person shooters. Seeing how NVIDIA integrated modern features into this classic game is really exciting.”

You can check out a trailer for the remaster and see these improvements for yourself.

The game definitely looks prettier, with updated textures and ray tracing providing a ton of visual splendor the game didn’t have before. Players don’t have to wait long to play the game either, given that it’s releasing on June 6.

Unfortunately, the free demo won’t have multiplayer. Players will have to fork out money to experience all Quake II has to offer.