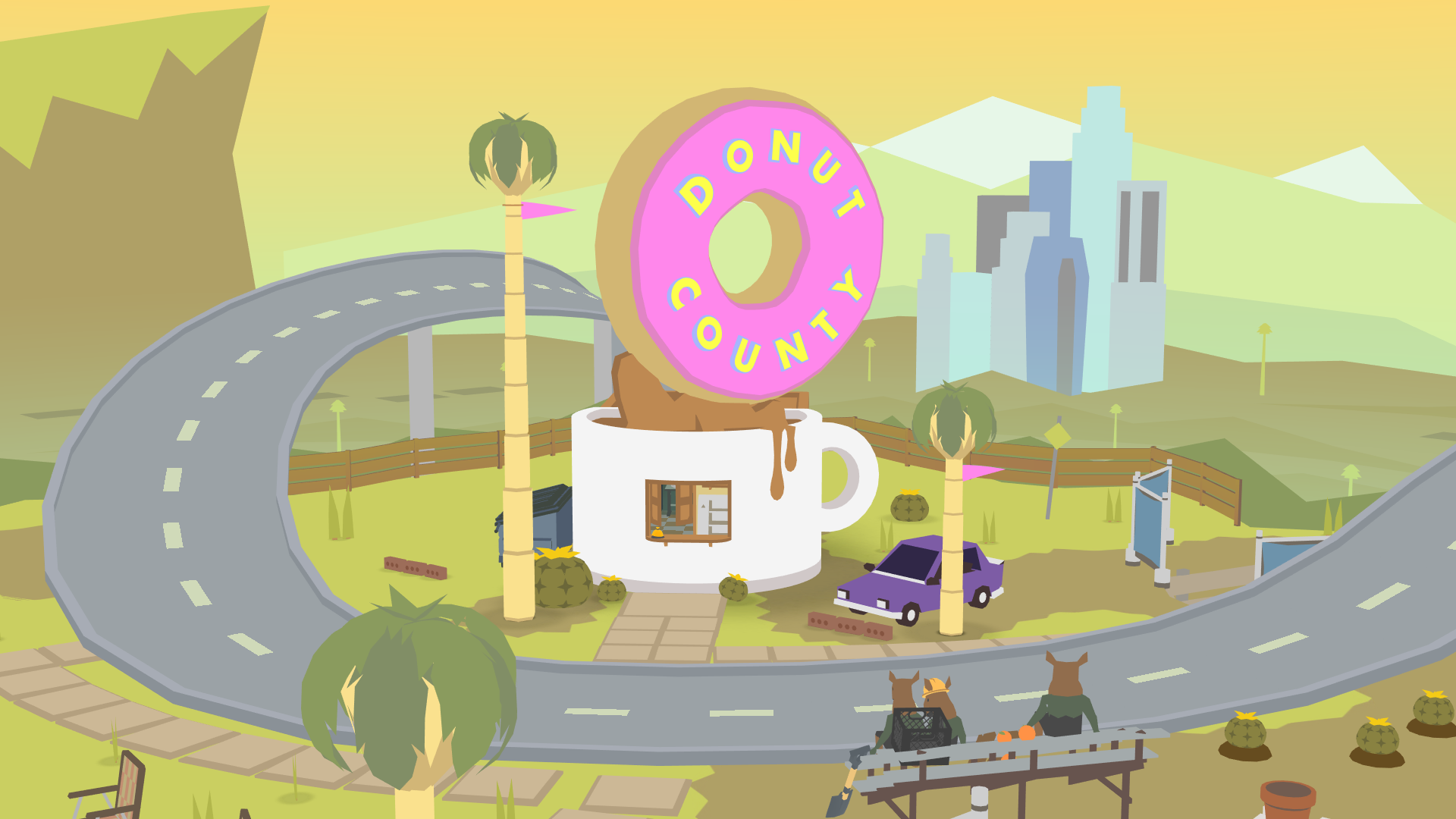 Forget alien commanders or human superheroes; in Ben Esposito’s Donut County, you play as a hole. One remotely controlled by a raccoon to swallow trash whole, growing larger each time it does like some dimensional twist on Katamari Damacy. It’s cute, bizarre, and even somewhat alarming, and it’s coming to PlayStation 4 in 2018.

The news dropped during the opening celebrations of PlayStation Experience 2017. While the show itself was light on new announcements, it only served to push Donut County deeper into the minds of those watching, with the entire concept explained in the brief and wonderful trailer.

Donut County has been making the rounds at gaming conventions and online, capturing hearts and curiosity for both its gameplay and raccoon-fueled antics. Knowing that it was the product of a game jam, one whose entire theme was built around the “Peter Molydeux” parody Twitter account, probably helps in seeing how it came about.

You play a hole, you must move around an environment making certain elements fall into correct targets at the right time.

In a 2012 Polygon article, Esposito said he had been developing the game, then known as Kachina, during his spare time while working on Giant Sparrow’s The Unfinished Swan. He has since left the indie company to work on Donut County solo.

Donut County is in development for PS4, PC (Windows and OS X), and iOS.

Ade thinks there's nothing quite like a good game and a snug headcrab. He grew up with HIDEO KOJIMA's Metal Gear Solid, lives for RPGs, and is waiting for light guns to make their comeback.
Previous post TGA2017: Playerunknown’s Battlegrounds 1.0 will launch on Dec 20
Next post PSX2017 – WipEout Omega Collection goes VR in upcoming update