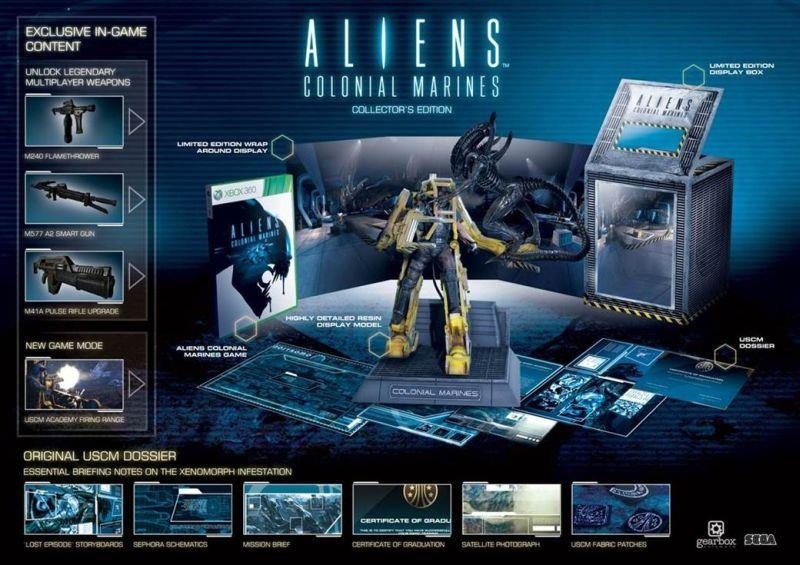 SEGA’s upcoming Aliens: Colonial Marines will be getting some familiar faces in its Limited and Collector’s Editions.

The Limited Edition will include the four characters from the original movie from 1986 as playable characters: Private Hudson, Corporal Hicks, Private Drake and Sergeant Apone, along with additional character customisation options and Ripley’s Flamethrower.

The Collector’s Edition will include the Limited Edition, a resin Powerloader figurine in a Xeno Hive box, exclusive multiplayer weapons, an exclusive game level and the USCM Dossier that holds USCM iron-on badges and a USCM graduation certificate, among other items.

The Limited Edition will run you up S$68.90, $70.90 and S$61.90 for Xbox 360, PlayStation 3 and Windows PC respectively, with the Collector’s Edition exclusive to the Windows PC version of the game at S$139. Aliens: Colonial Marines is due for a release on 13th February.