Pokémon Sword and Shield revealed and coming this year! Last night’s Pokémon Direct stream revealed the two new Generation 8 games fans have long been waiting for. Pokémon Sword and Pokémon Shield are coming to Nintendo Switch later this year, and we’ve got a trailer to show for it!

Cool stuff! From the architecture, it’s quite clear that the new Galar region is based on the United Kingdom, a refreshing change from Alola’s Hawaiian inspirations. It features idyllic countryside houses, Victorian-style cities, dark and misty forests, and what appears to be a soccer stadium as well. 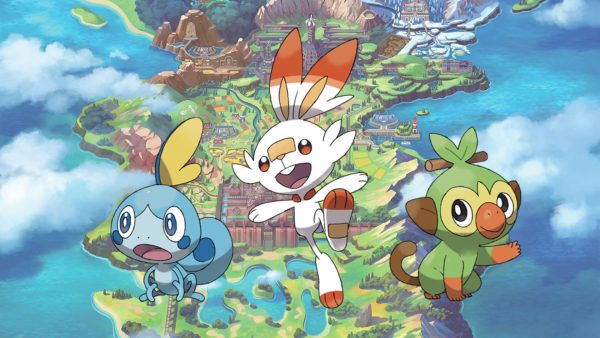 As usual, the community can’t get enough of them and so we have another war over “Which starter is the best?” It’s been eight generations, guys, just pick your favourite!

Personally, I’m leaning towards Scorbunny, but like most people, I really hope it’s not another Fire-Fighting hybrid evolution. We have three of those already, and we certainly don’t need another one.

In any case, Pokémon Sword and Shield are expected to arrive in late 2019, sometime around November to match past releases and hit the holiday season. Make sure to save up some cash for it! I know I will be.

Kenneth is your dedicated jack of all trades gamer and borderline anime nut. When not writing, he likes to wind down with Overwatch, Apex Legends and a bit of Fate: Grand Order on the side.
Previous post SEGA is polling fans on games for the Mega Drive Mini
Next post Hitman 2 Starter Pack lets you explore all of Hawke’s Bay