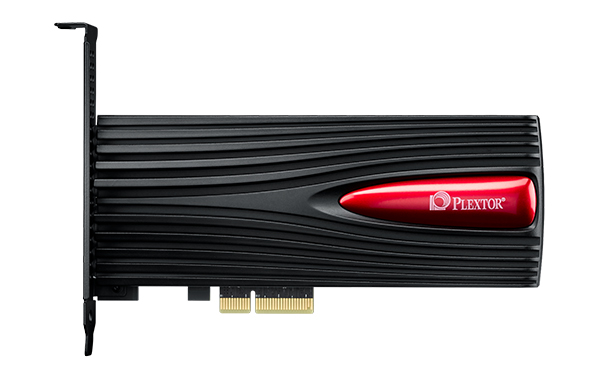 The M9Pe also uses a Marvell 88SS1093 controller and will support the PCIe 3.0 x4 interface. Given that the M9Pe is Plextor’s flagship SSD, the choice of 3D TLC NAND is interesting. TLC NAND has traditionally been associated with mainstream offerings as they offer poorer write speeds and lower endurance.

However, Plextor’s decision to go with TLC NAND shows that TLC NAND has come a long way and are now competitive and even viable for use as premium consumer SSDs.

According to Plextor, the M9Pe will be able to deliver sequential read and write speeds of up to 3,200MB/s and 2,100MB/s respectively.

Random read and write performance is said to be the region of around 400,000 and 300,000 IOPS respectively.

In short, the M9Pe is a very fast drive.

Like past Plextor flagships, the M9Pe will be available in three form factors. Here’s a quick summary of them:

Gamers and fans of RGB will also be happy to know that the PCIe add-in card version will also come with RGB lighting. The drives will be available soon and we will update this news with local pricing and availability details once we have them.

We are Team GameAxis. And we will play games for food.
Previous post Monster Hunter: World for PC coming Autumn 2018
Next post GameAxis Top 30: Games to look out for in 2018