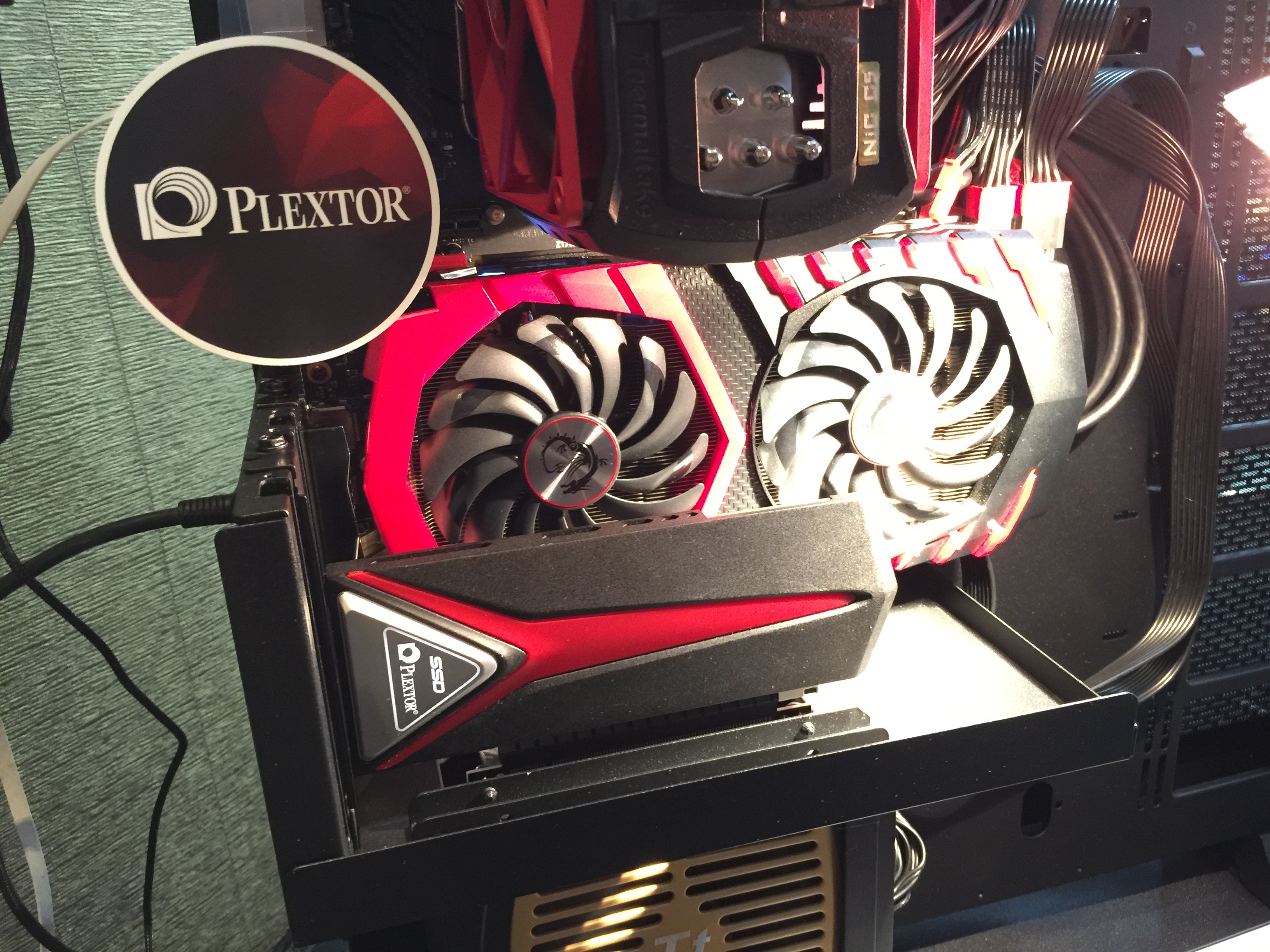 Computex 2016 – The GTX GeForce 1080 and 1070 cards may be all the rage at the Computex Taipei 2016 exhibition, but SSDs are getting its own fair share of the attention too. And oh boy, does Plextor got a new PCIe SSD that’s raring to go.

Plextor recognises that its older Plextor M6e Black Edition SSD suffered from adopting the PCIe 2.0 x2 interface. In other words, it could not hope to match the speeds of SSDs which supported the wider PCIe 3.0 x4 interface. So the new Plextor M8Pe drive will support PCIe 3.0 x4 interface and also the new NVMe protocol that was developed specially for SSDs. Additionally, the MP8e will be offered as a HHHL PCIe add-in card, and in the small, compact M.2 2280 form factor. Plextor demonstrated to us the speeds of their new MP8e drive. On the left are results of a 512GB MP8e, while on the right are numbers from the 1TB variant.

In terms of performance, Plextor claims that the 1TB model will be able to achieve sequential read and write speeds of 2500MB/s and 1400MB/s respectively. These are some serious numbers. Available in 128GB, 256GB, 512GB and 1TB capacities, the MP8e will be available in July. Prices have yet to be determined.

Aaron Yip is an industry veteran with more than 15 years of experience. When not spending time on his gaming PC and consoles, he can be found in Hyrule solving ungodly puzzles and collecting gems.
Previous post AMD unveils the Polaris GPU and Radeon RX480
Next post Celebrate the PlayStation Plus 6th Anniversary with these deals