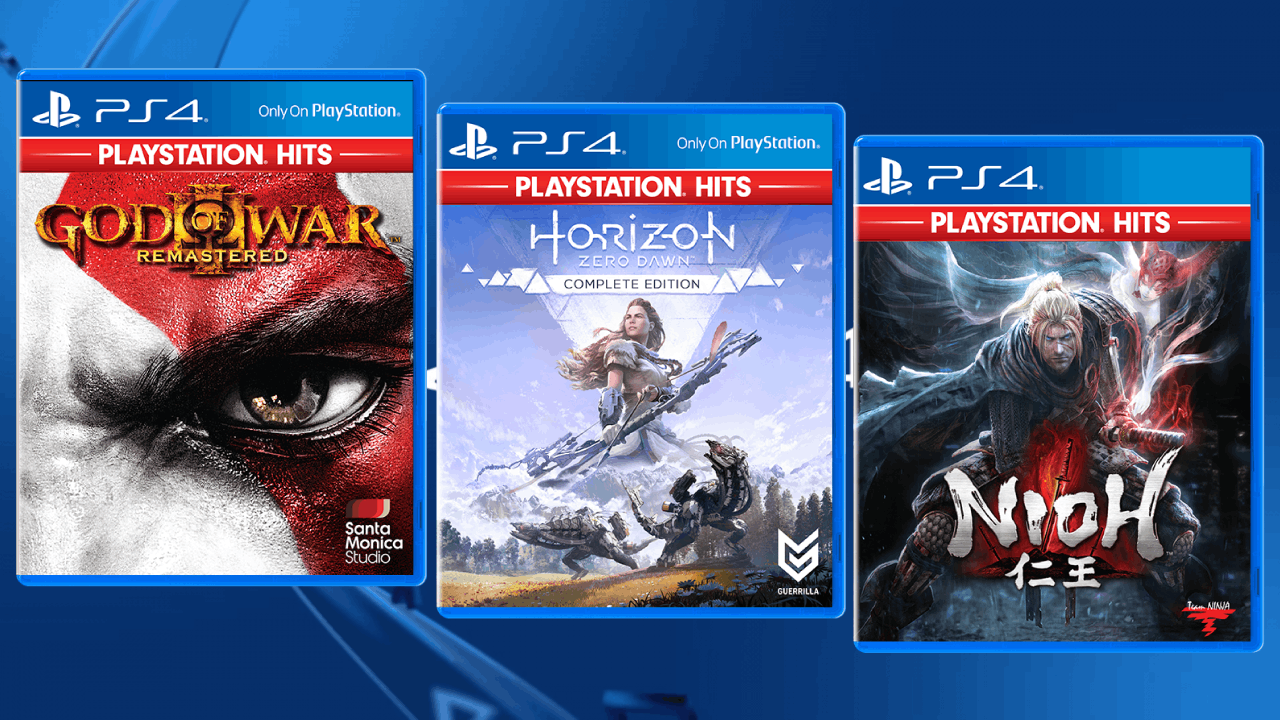 PlayStation’s absence at E3 this year was keenly felt by all, even Xbox head Phil Spencer. That said, Sony has been maintaining some mind share with their Days of Play sales campaign — I hope you got those PS Plus subscriptions! — and now, they’re adding more games to their PlayStation Hits collection.

The two PlayStation exclusives will be available in both physical and digital forms, but Nioh will only be sold on Blu-ray (for that Hits pricing, anyway).

Now, what hasn’t already been said for these prolific three?

God of War III Remastered is a great look at Kratos’ past, before he hung up his blades and sought a new life with Faye and Atreus in Norse lands. This culmination of a spectacularly violent journey sees the Ghost of Sparta climbing Titans, beheading gods and basically turning the entire Greek pantheon into a bloody pulp under his fists. The tone and gameplay are different from the acclaimed “reboot” but its all canon lore and a fun, cinematic piece of PS history.

Horizon Zero Dawn continues to impress players with its fantastic visuals even today. Those sweeping landscapes and gorgeous foliage should also give you a great idea of the strengths of the Decima Engine, the same one gifted to Hideo Kojima for the fever dream that is Death Stranding. That said, look at Horizon for what it is because Aloy’s trek across robo-dinosaur land has earned plenty of praise and accolades. There may have been a bow-and-arrow fad back then but their implementation here is legit. Review here.

Nioh is what you play to fill the gaping void left by Onimusha and/or satisfy your penchant for action-RPG difficulty. It’s one of the few games that successfully rises to the Soulsborne movement with their own take on things, sporting a compelling weapon stance system with heavy inspiration from Japanese folklore and history. It’s not perfect, and the moment-to-moment combat now pales before Sekiro (dreamy sigh), but there’s still lots to love and learn here before its sequel arrives. Review here.

Of course, if you’re patient you could see if these PlayStation Hits games ever get offered as a PS Plus perk.

Ade thinks there's nothing quite like a good game and a snug headcrab. He grew up with HIDEO KOJIMA's Metal Gear Solid, lives for RPGs, and is waiting for light guns to make their comeback.
Previous post Deal Alert: NES Classic Edition, SNK Neogeo, Nioh and many more
Next post Razer Pay will soon work with all Visa merchants worldwide