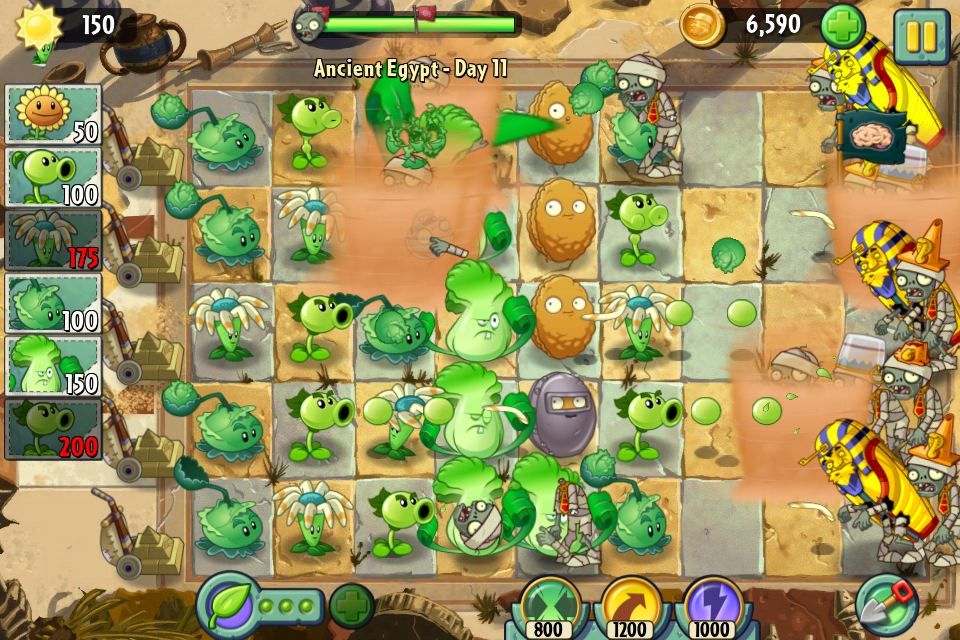 The sequel to Popcap’s lawn-defending game, Plants Vs. Zombies 2, has soft-launched onto the Australian and New Zealand App Stores as a freemium title.

Crazy Dave and his neighbour with the tasty brain, namely you, is back again with another adventure with Dave’s Time Machine Penny, who warps you back to several points in time because Crazy Dave wants another shot at eating his delicious taco.

Plants Vs. Zombies 2 comes packed with a slew of new features, ways to play and plants, along with all your old favourites like the Peashooter and the Wall-nut. The player is dropped into Ancient Egypt, the Wild West and the Piratey era as themes for a new host of zombies with new abilities to deal with.

The game is built on the freemium model, and will thus be a free game for iOS in its current release. The use of real cash on its in-app purchases will unlock the ability to advance through the game a whole lot quicker or buy in into several perks into the game topping up its in-game currency, which is used to obtain the new Plant Food enhancement or power-ups so players can literally pinch, flick or zap the zombie horde back to where they came from.

So far, it seems the game isn’t prodding me a whole lot into buying in and most of of the perks are unlockable through gameplay, playing like any normal PvZ game we know and love, with the addition of challenges and stars to unlock to that adds spice and difficulty to the playing lawn.

As noted, Plants Vs. Zombies 2 is available on the Australian and New Zealand App Stores, with a worldwide launch slated for July 18 on iOS.

Previous post Review: The Last of Us (PS3)
Next post Secret Agents Wanted: Hands-on With The Bureau: XCOM Declassified