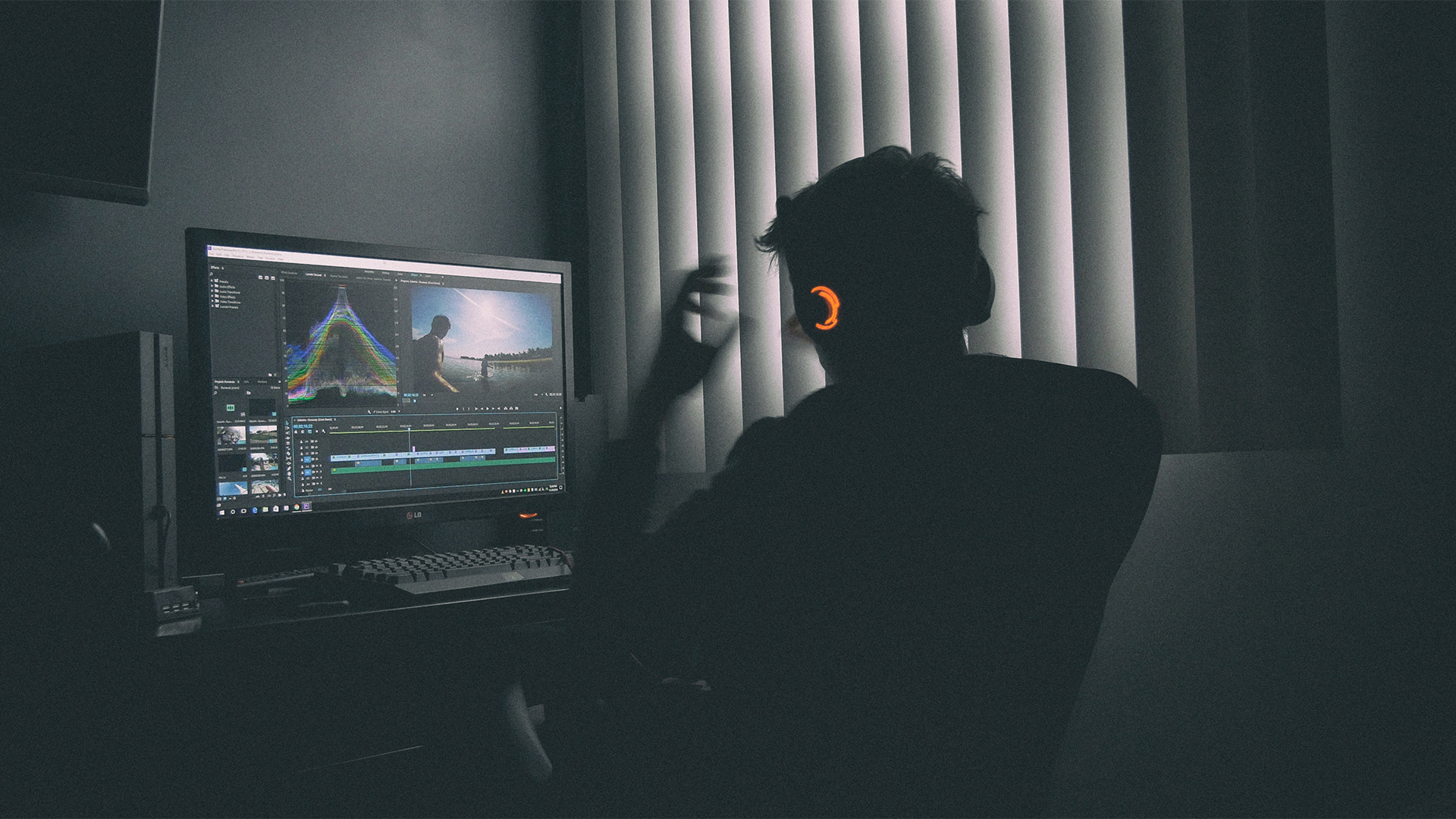 Battlefield V: Firestorm is out, and hot on its heels are NVIDIA with a new Game Ready Driver to keep the battle royale mode lit. The company has a few other announcements up their sleeve, but one that’s been on our minds are the new Creator Ready Drivers shared last week. Here’s what you need to know.

Given the rise of content creation, the new Creator Ready Driver program aims to do for creative applications what its Game Ready Driver counterpart does for games — to provide the best in performance, functionality, and stability.

NVIDIA’s Sean Pelletier writes on the official blog that they “conduct exhaustive multi-app testing for each type of creative workflow” and that new releases will be tied to key creative application updates. For instance, to mimic a video editing workflow, they would do a cut in Adobe Premiere Pro CC, move to After Effects CC for post-production, and then move it back to Premiere Pro for the final render.

Which GPUs are compatible?

Note that information for the current driver largely points to RTX enhancements, something we’ll touch on below.

Who is it for?

Creative enthusiasts and professionals on the GeForce ecosystem who prioritize stability.
If you’re an avid gamer, stay with Game Ready.

NVIDIA themselves state that someone who is both a gamer and creator should stick with the Game Ready Drivers. The latter provides day-of-launch support for all the latest releases (case in point: Battlefield V: Firestorm and Sekiro: Shadows Die Twice), which means the GRD branch will likely outpace CRD pretty soon.

What’s more, those who’ve moved up to the Quadro workstation line already have a separate branch of certified drivers, so there’s little reason for these users to install something that, for now, seems tailored for RTX.

Then there’s the matter of performance. The release notes provide little information on the sort of boosts we can expect, simply listing gains seen with an RTX 2080 over previous builds. This means that any other card is likely to see marginal improvements at best, at least for this initial driver. 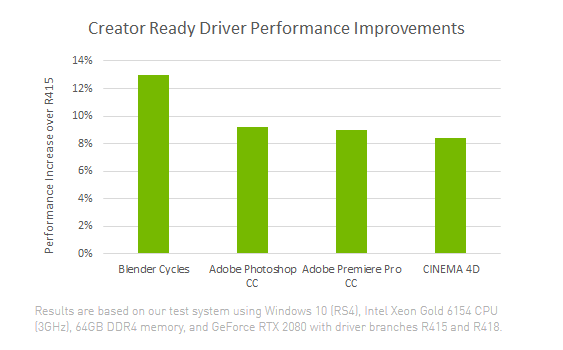 Improvements on a RTX 2080 machine, though how they measured these tests were not specified. (Screenshot: NVIDIA)

So where the Creator Ready Drivers do come into their own is in the promise of stability. If NVIDIA really are testing the drivers across multiple apps and workflows as thoroughly as they claim, this would likely be of interest to content creators such as YouTubers who spend large swathes of time rendering and uploading videos on a single machine — any overnight crash would have significant effects on their schedules, and that lost time is going to be of greater importance.

In other words, its business as usual for the vast majority of us: go with the regular Game Ready Driver updates, preferably through GeForce Experience so you can take advantage of all its extra features.

Ade thinks there's nothing quite like a good game and a snug headcrab. He grew up with HIDEO KOJIMA's Metal Gear Solid, lives for RPGs, and is waiting for light guns to make their comeback.
Previous post Iron Man VR and more announced in Sony’s first State of Play livestream
Next post The Fortnite World Cup season commences April 13 with US$30M prize pool