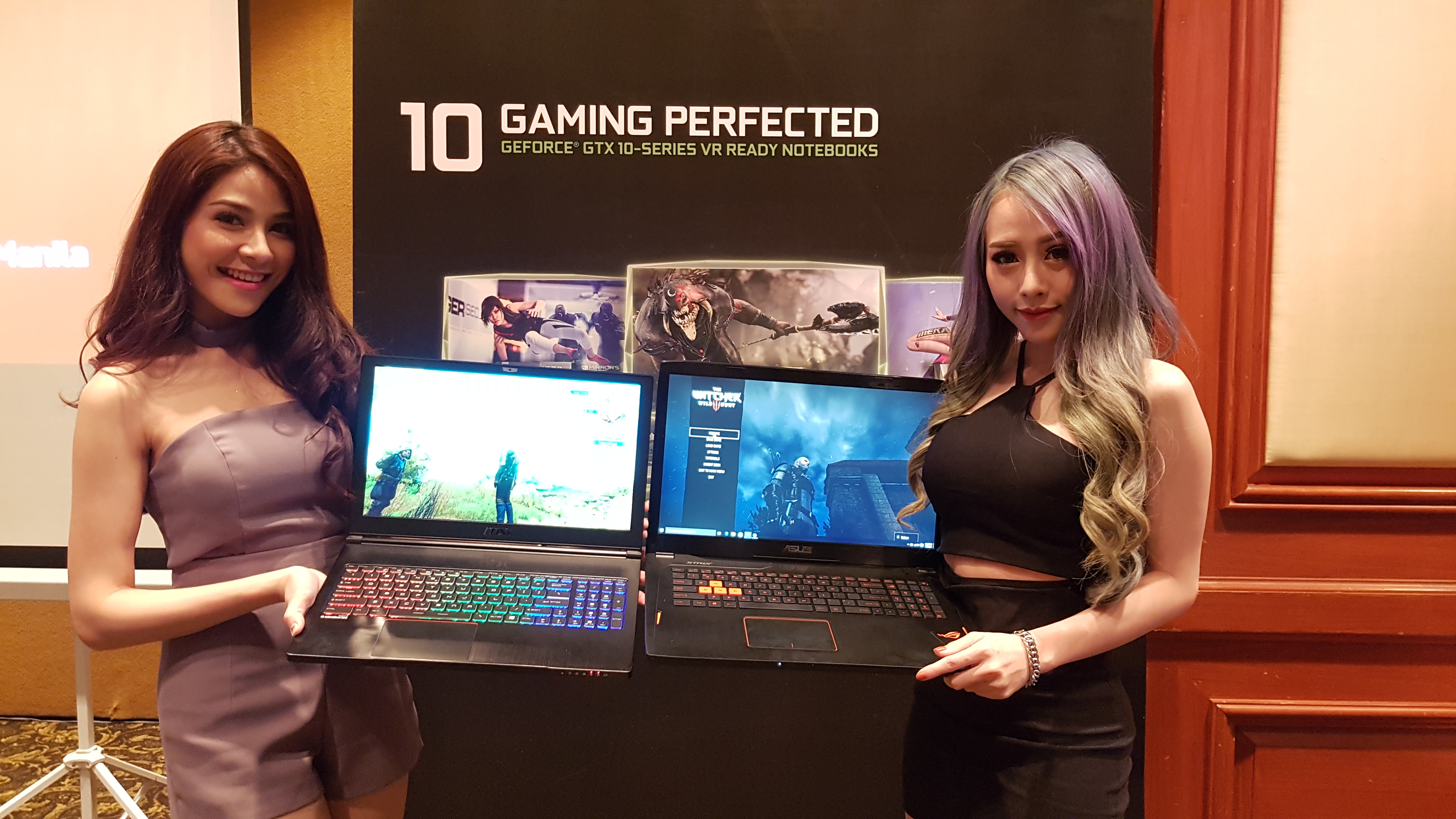 With the complete launch of the Pascal-based GTX-10 series family (1080, 1070, 1060 and Titan X) for the desktop market, NVIDIA’s next move is rather obvious – to bring the Pascal family to the laptop market.

Where NVIDIA’s previous modus operandi has been to release scaled-down versions of their desktop GPUs for laptops that comes marked with a “M” denotation (e.g., GTX 970M would be based on a desktop-class GTX 970), the graphics chipset maker will bring the full Pascal performance to laptops this time. That’s right, desktop-equivalent GTX 10-series GPUs for laptops. Not scaled-down “M” versions of yesteryears. We haven’t had the chance to do any benchmarking on a laptop with a Pascal GPU, but preliminary test results show that game performance on the GTX 10-Series is easily within 10% of their desktop GPU equivalents.

At a press event in Bangkok, NVIDIA executives gave us a few reasons why the technology company is doing this now.

The first being that the Pascal architecture is a fantastic piece of innovation that allows for great overhead performance with excellent power efficiency. NVIDIA is confident that this will at last allow laptop makers to make powerful gaming notebooks that doesn’t sacrifice mobility and form factor. In fact, NVIDIA told us that Pascal-based notebooks can be as thin as 18mm and as light as 1.8kg.

Secondly, NVIDIA is a big proponent of Virtual Reality (VR). The GTX 10-series are powerful enough to run immersive VR experiences, and small and light notebooks basically become portable VR solution that allow VR enthusiasts to take their VR experiences with them anywhere, anytime. A gaming notebook that can play VR content, with a Zen-like design also won’t look out of place in your living room, unlike cumbersome and bulky computers – which also add some validity to the last reason in the next paragraph.

Gaming notebooks have come a long way in just a few short years. Once just a niche within PC gaming, now they have become a major gaming platform in their own right. Today’s gaming notebooks from makers such as Razer, ASUS and MSI are equipped with desktop-level technologies, have the performance to drive ultra-quality settings at beyond 1080p, and are of course built on the only open gaming ecosystem in the world – the PC. NVIDIA reasoned that Interest from gamers has surged as the experience has improved on gaming notebooks. This has resulted in gaming notebooks getting close to the install base of the Xbox One, with a yearly sales growth rate that far exceeds it – NVIDIA is confident that gaming laptops will be the world’s most popular gaming platform eventually.

As it is, most major gaming notebook makers have already committed to launching GTX 10-series laptops, and they include Sager, Gigabyte, Lenovo, MSI, ASUS, HP, Acer, Razer, Alienware, EVGA, Origin and even local boys, Aftershock.

Some early benchmark numbers have been very positive. Here’s an MSI gaming notebook with a GTX 1080 GPU, with a 3DMark 4K “Fire Strike Ultra” result.

We can’t wait to start testing these notebooks.

Aaron Yip is an industry veteran with more than 15 years of experience. When not spending time on his gaming PC and consoles, he can be found in Hyrule solving ungodly puzzles and collecting gems.
Previous post Final Fantasy XV delay confirmed…uh oh
Next post Fix bayonets! Battlefield 1 Open Beta scheduled for 31 August