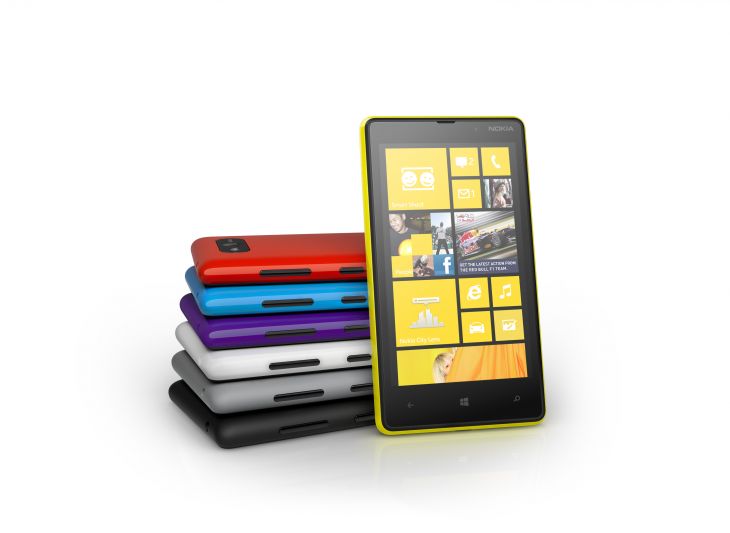 The Lumia 920 comes equipped with Nokia’s PureView imaging technology, giving it the ability to capture the best photos and video ever seen on a smartphone. It will also be loaded with the brand’s largest ever battery (2000mAh), to make sure you get the best out of your Lumia experience.

The Lumia 920 also boasts the most advanced, feature-rich location experience in the world, with the addition of augmented reality tool Nokia City Lens to its current location app suite.

Best of all, the phone will be powered by Windows Phone 8, which gives it the ability to sync content between Windows Phone 8 smartphones, Windows 8 based PCs, and tablets or Xboxes. Your files, music, photos, and videos will be accessible in whichever way is most convenient.

The Nokia Lumia 820, on the other hand, is a stylish, mid-range smartphone that delivers high end performance in a compact design.

While it has the same unibody look and feel as its high-end Lumia siblings, the 820 will come with an exchangeable shell design. Wireless charging will be available thanks to this feature. There is also room beneath the shell for a micro SD memory card.

The Lumia 920 will be available in yellow, red, grey, white, and black, while the Lumia 820 will come in red, yellow, grey, cyan, purple, white, and black. Local pricing and availability will be announced later in the year.