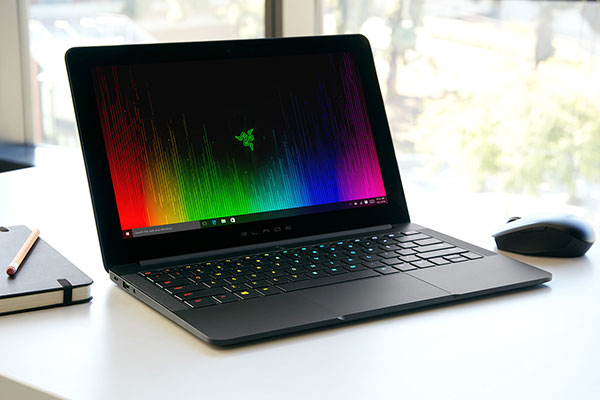 Razer has updated its 12.5-inch gaming ultrabook with Intel’s new Kaby Lake processors and slapped on an extra dollop of RAM and storage. First announced in early September, the new Razer Blade Stealth is now available to buy locally at a starting price of S$1,499.

One of the key selling points of the first Blade Stealth was that it came with a Core i7 processor by default, and the updated model is no different. The base configuration now features a dual-core Intel Core i7-7500U processor (2.7GHz, 4MB cache), 8GB of LPDDR3 RAM, and a 128GB PCIe M.2 SSD.

In addition, you’ll get a 2,560 x 1,440-pixel IGZO touchscreen display, yet another aspect of Razer’s strategy to make the starting specification as attractive and feature-rich as possible.

However, shelling out for the beefier RAM and storage configurations will jack up the price considerably. With all the specifications maxed out, you’ll get up to 16GB of RAM and a 1TB PCIe M.2 SSD, while the display will be bumped up to a 3,840 x 2,160-pixel resolution. This will set you back by S$2,999 however, and the middle of the range models are likely to be far more popular.

Here’s a table summarizing the various specifications and their prices:

The refreshed Razer Blade Stealth will also work with the Razer Core external GPU dock via the USB-C Thunderbolt 3 port, so you’ll be able to use it as a serious gaming system.

(Contributed by Koh Wanzi of HardwareZone)

Aaron Yip is an industry veteran with more than 15 years of experience. When not spending time on his gaming PC and consoles, he can be found in Hyrule solving ungodly puzzles and collecting gems.
Previous post Hands on with the ASUS GX800 Super Notebook
Next post ASUS ROG Swift PG248Q Review