Home / Latest / Games / New Pokémon Revealed To Look Like A Mewtwo, Is Angry

New Pokémon Revealed To Look Like A Mewtwo, Is Angry 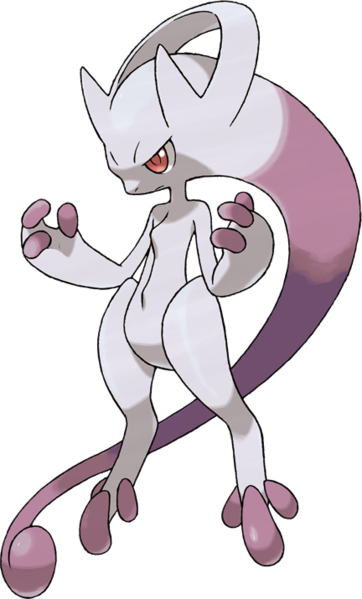 A new Pokémon has been revealed for the upcoming Pokémon X and Y during the official Pokémon morning show in Japan.

The new Pokémon is immediately reminiscent of Mewtwo from the earliest Pokémon generation, and the official press statement shares the sentiment.

This new Pokémon shares many traits with Mewtwo and it’s suspected that the newly discovered Pokémon has a connection with Mewtwo—a powerful Pokémon that debuted in Pokémon Red and Pokémon Blue.

What is this new Pokémon? How will you encounter it in Pokémon X and Pokémon Y? When will you know more? One thing is clear, your readers will certainly want to debate the meaning of this new Pokémon!

As with all Pokémon teasers, that’s all that’s been revealed about it. It has no name and no known traits. The Pokemón will make an appearance in Pokémon Movie 16, Extreme Speed Genesect: Mewtwo’s Awakening.