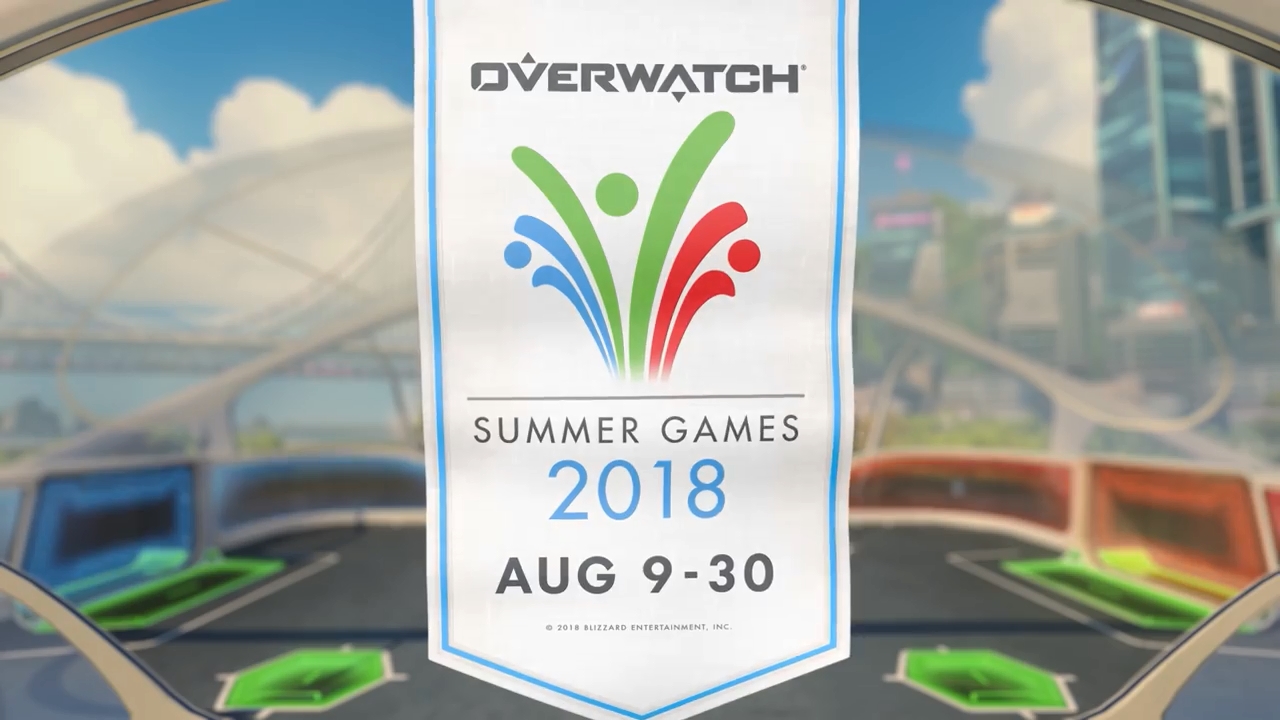 The World Cup may be over Lúcioball has just begun. Overwatch Summer Games 2018 has returned with the event-exclusive brawl, where two teams of three skate around the Estádio das Rãs, Sydney Harbour Arena, and the all-new Busan Stadium in a loose take on soccer. Why the name? Because everyone plays as Lúcio.

Lúcioball is available as both casual and competitive (Copa Lúcioball) versions, with the latter tapping onto Overwatch’s skill rating tiers and system. The objective is to score the most goals but what’s different are the jump pads and wall-running opportunities dotting the map. Then there are Lúcio’s abilities, modified to better suit the mode. New this year is the Turbo Boost Ultimate, boosting Lúcio’s movement speed and jump height.

The other (and arguably larger) highlight of any Overwatch event are the flood of new cosmetics — over 50 of them, apparently. Blizzard have crafted Legendary skins for Ana, Zenyatta, Reinhardt, Roadhog, D.Va, and Winston, as well as Epic skins for Sombra, Moira, and Brigitte. These join a pool of over 200 Summer Games cosmetics new and old, so there’s still a chance of getting items you may have missed before.

Gush over all the new skins, emotes, and highlight intros over at the official page. As for the loot boxes, they can either be acquired in-game or purchased for real money (quick note that Blizzard Shop purchases only apply to PC accounts).

Ade thinks there's nothing quite like a good game and a snug headcrab. He grew up with HIDEO KOJIMA's Metal Gear Solid, lives for RPGs, and is waiting for light guns to make their comeback.
Previous post Monster Hunter: World roars to life with PC launch
Next post New trailer shows off the Dreaming City, the huge endgame zone for Destiny 2 Forsaken