Home / Latest / Games / Need A God of War: Ascension Bundle? Why Not Four?

Need A God of War: Ascension Bundle? Why Not Four? 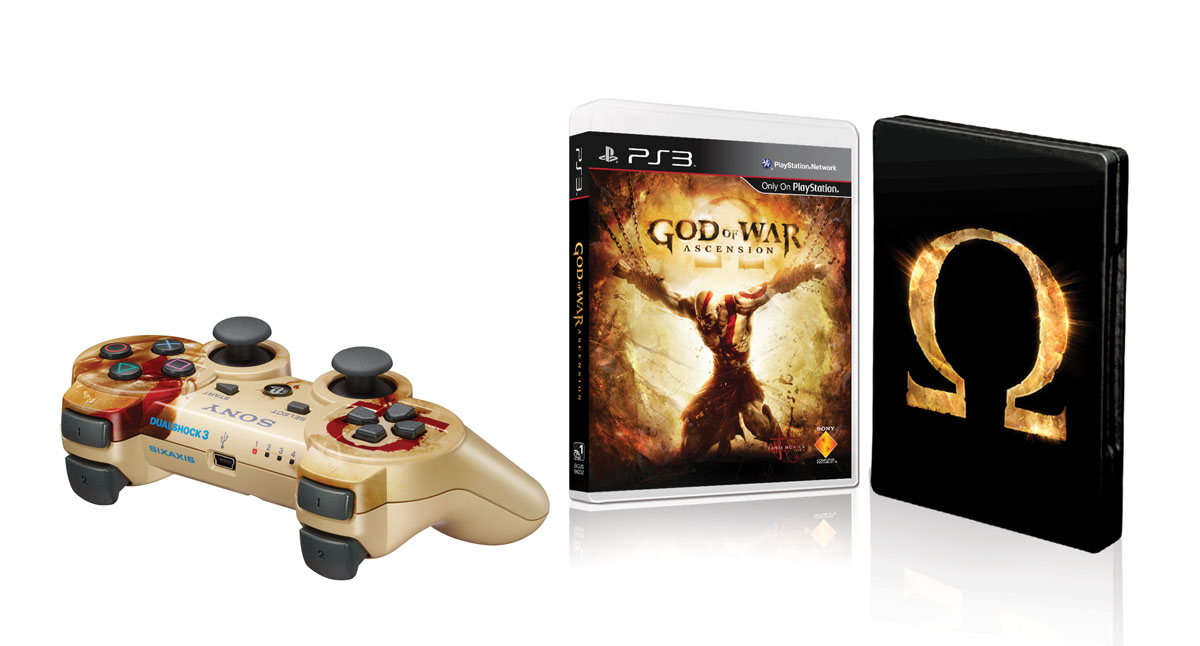 The bundle types include the Steelbook Edition (S$69.90) that comes in a Steelbook box and the Mythological Heroes Pack and Blade of Judgement. The Collector’s Edition (S$109.90) comes with the Steelbook Edition (and DLC) along with a 6-inch statuette of Kratos (Ascension version), DLC “Season Pass”, a PS3 dynamic theme, the soundtrack, a 48-hour multiplayer XP booster and the PSN avatar pack. Folks who fancy double the Kratos will want to seek the Deluxe Collector’s Edition (S$139.90) with an additional 8-inch Kratos (Omega version) statuette.

Collectors can also take the opportunity to pick up a God of War: Ascension themed Dualshock3 Controller for your PS3 that comes with the Collector’s Edition, sans Kratos Statuette for S$129.90. The game alone has an RRP of S$69.90, the same price as the limited Steelbook Edition.

All the limited edition bundles will also include a lovely GOW mug and access to an exclusive demo of The Last of Us through the game disc. Preorders can be made from 2nd February to 10th March at any designated PlayStation Partner stores.

Tags: god of war: ascension, SCEH, Sony Computer Entertainment, the last of us