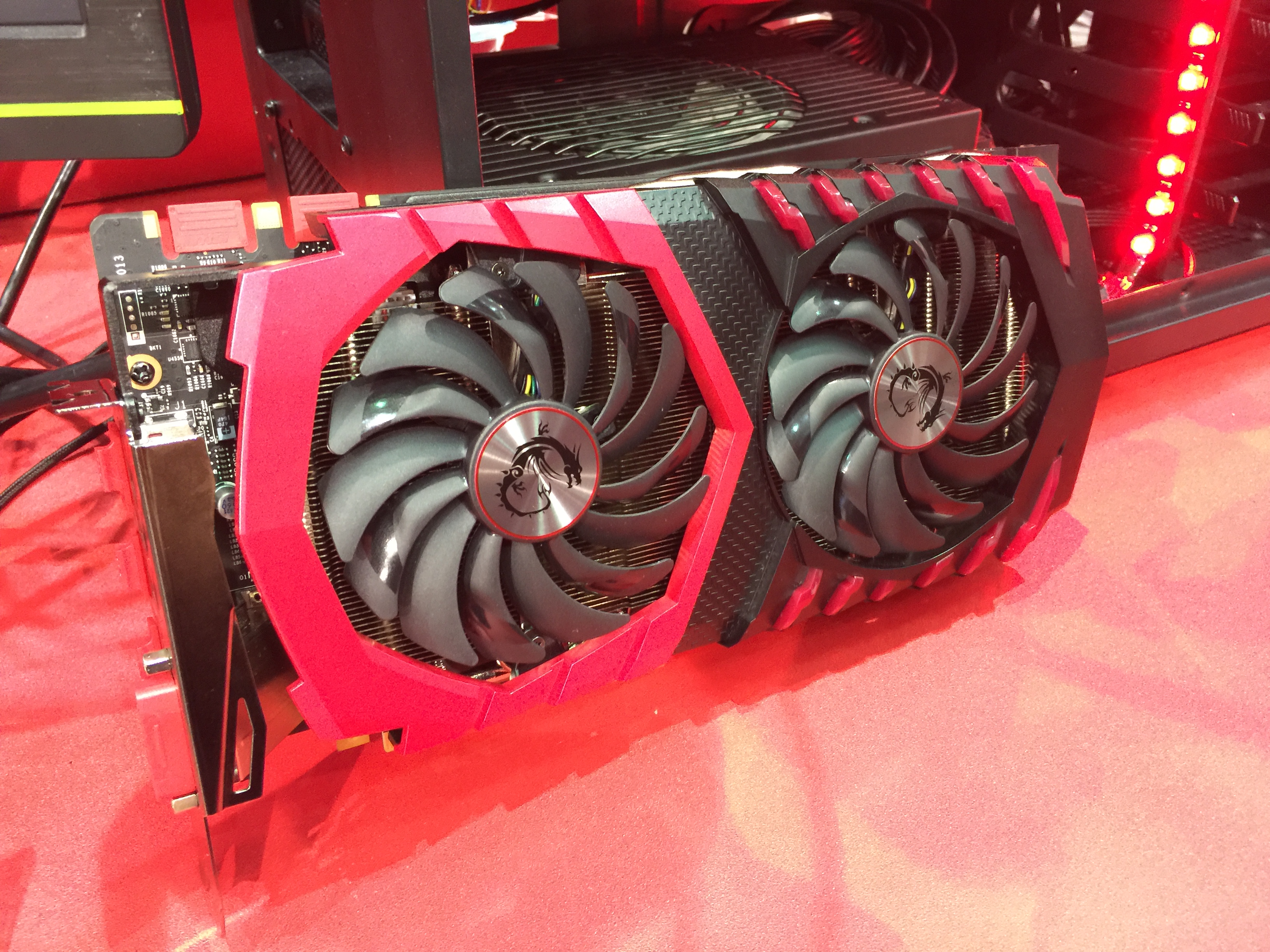 Details are scant, but what we know so far is that the latest Gaming Z denominator is given to MSI cards that will come with extreme overclocking already preset at the factory. We don’t really know the exact GPU clock speed is, but it’ll definitely be more than the boosted clock speed of the Gaming X model which is set at 1,874MHz. Besides clock speed, the new Gaming Z edition will also feature a backplate with RGB LED lights for that added bling.

I also saw a demonstration of a dual SLI configuration of the GeForce GTX 1080 Gaming Z 8G cards at their booth, creating perhaps one of the most powerful gaming PC that money can buy right now. Linked with MSI’s SLI HB bridge which has been customized to match the look and feel of their graphics card’s design, you can expect the bridge to provide more LED lights to show off the existence of an SLI setup. Aaron Yip is an industry veteran with more than 15 years of experience. When not spending time on his gaming PC and consoles, he can be found in Hyrule solving ungodly puzzles and collecting gems.
Previous post Interview: Blizzard Entertainment’s Bruce Wilkie on Overwatch
Next post AMD unveils the Polaris GPU and Radeon RX480