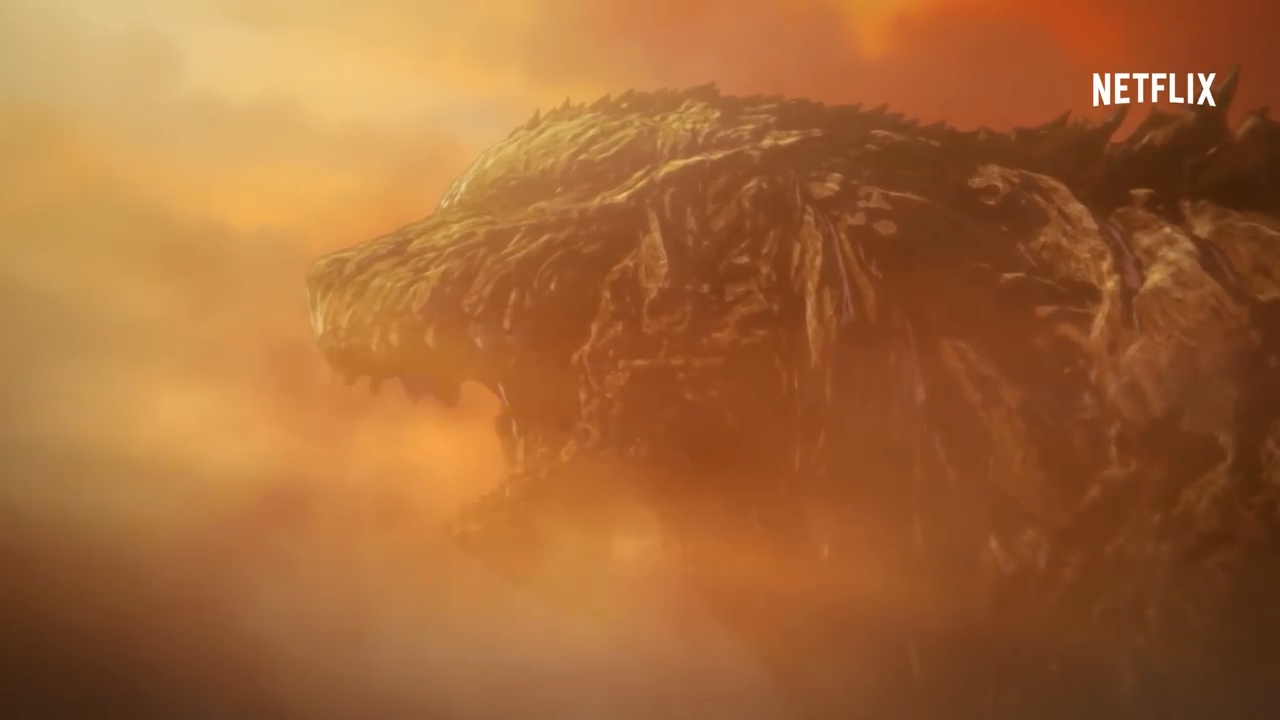 Godzilla: Monster Planet (Godzilla: Kaiju Wakusei), the first of three animated Godzilla films for Netflix, is set to hit the streaming service worldwide on 17 Jan. The show follows a group of interstellar settlers returning after a failed mission, back to an Earth ravaged by Godzilla for 20,000 years. As they desperately attempt to recolonize, one youth is busy pining for revenge.

Despite being one of the oldest movie franchises currently running, stretching all the way back to the mid-50s, this is the first time that Godzilla and friends have been depicted as a CG anime. Created by Netflix regulars Polygon Pictures (Ajin, Knights of Sidonia, Blame!), the film is co-directed by Kobun Shizuno (Detective Conan) and Hiroyuki Seshita (Blame!), with a screenplay penned by Gen Urobuchi (Fate/Zero, Psycho-Pass).

In Godzilla: Monster Planet, the world has already been locked in combat with the kaiju for decades. Without any effective means of fighting back, the central government’s AI handpicks a few humans to settle on a far-away planet in the Cetus constellation — Cetus, by the way, happens to be a sea monster in Greek mythology.

That expedition started in 2048. When the planet turned out to be far from hospitable, the crew makes the risky decision of sailing back, only to find that 20,000 years have since passed. True to the title, Earth has indeed become a monster planet, with Godzilla its reigning king.

There’s plenty of sci-fi despair so far, but here to add the emotional, human, and reckless element is Haruo Sakaki, a young crewmember who witnessed his parents’ death at the hands (feet?) of Godzilla when he was four. He’s grown up with an intense dislike for the monster ever since, dreaming of the day he’d get to enact his revenge.

Godzilla: Monster Planet will be available on Netflix in Japanese and English subtitles, with other dubbing and subtitle options subject to region.

The second movie opens in Japanese theatres this May.

Ade thinks there's nothing quite like a good game and a snug headcrab. He grew up with HIDEO KOJIMA's Metal Gear Solid, lives for RPGs, and is waiting for light guns to make their comeback.
Previous post Monster Hunter: World gets a final beta on 18 Jan, shows off elder dragons in new trailer
Next post Nvidia introduces BFGD – a 4K 120Hz HDR display at a whopping 65 inches

SDCC 2019: From It Chapter Two to Watchmen, here are all the biggest trailers

Top Gun: Maverick takes off with a brand new trailer!