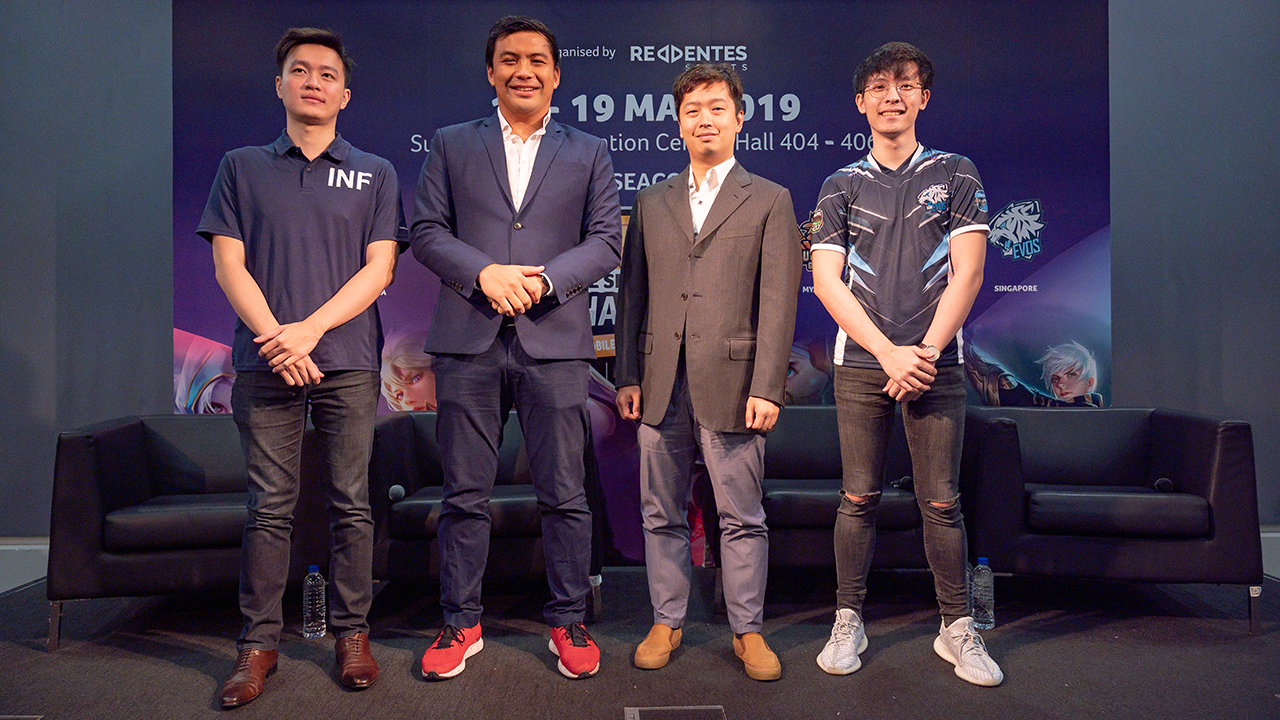 The inaugural Southeast Asia Clash of Champions is set to go down at the Suntec City Convention Centre next weekend, May 18-19. Six top Mobile Legends teams from the region will compete for a US$11,000 prize pool, with one local team showcasing their skills before the 2019 SEA Games.

“These are all the top teams from around the region and will be a good preview for esports at the SEA Games in the Philippines. There will be plenty of action and we do urge fans to come on down next weekend,” said Reddentes managing partner, Yip Renkai. 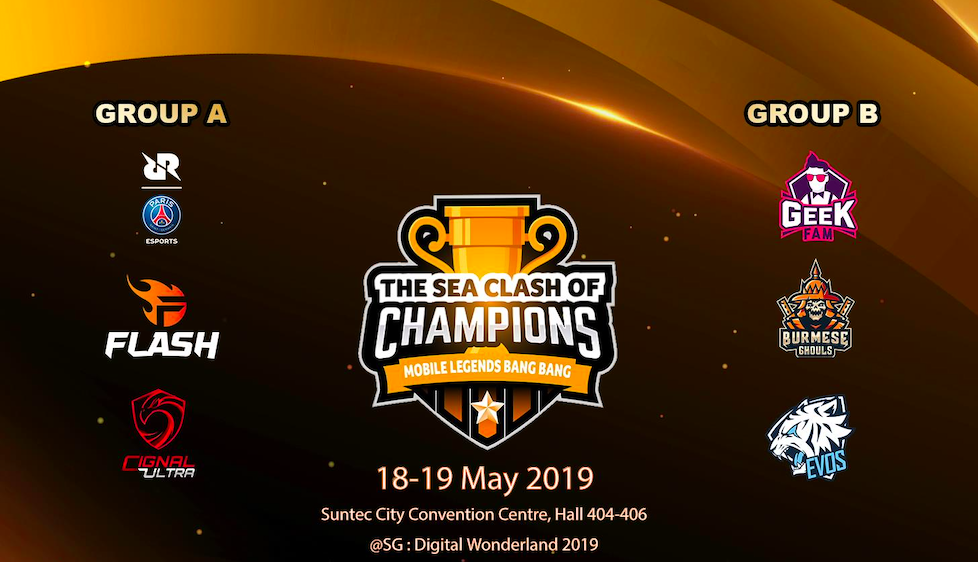 While the matches will be broadcast online and on Toggle and eGG, fans at the venue can look forward to exclusive in-game goodies by Mobile Legends developer Moonton.

There’s also the prospect of giving home ground support to the sixth participant, EVOS Esports SG. Comprising students and young adults – some of whom hail from previous professional teams – the five-person EVOS SG recently won the Singapore Esports Association’s national selections for Mobile Legends, one of the five medal esports at the upcoming 2019 SEA Games in Philippines.

EVOS captain Robert “OhDeerBambi” Boon commented that, compared to the Indonesian powerhouses, the team only gets to train 2 hours a day amid busy school schedules.

“It’s going to be hard, but we will definitely try our best and find the time to train and make Singapore proud.” 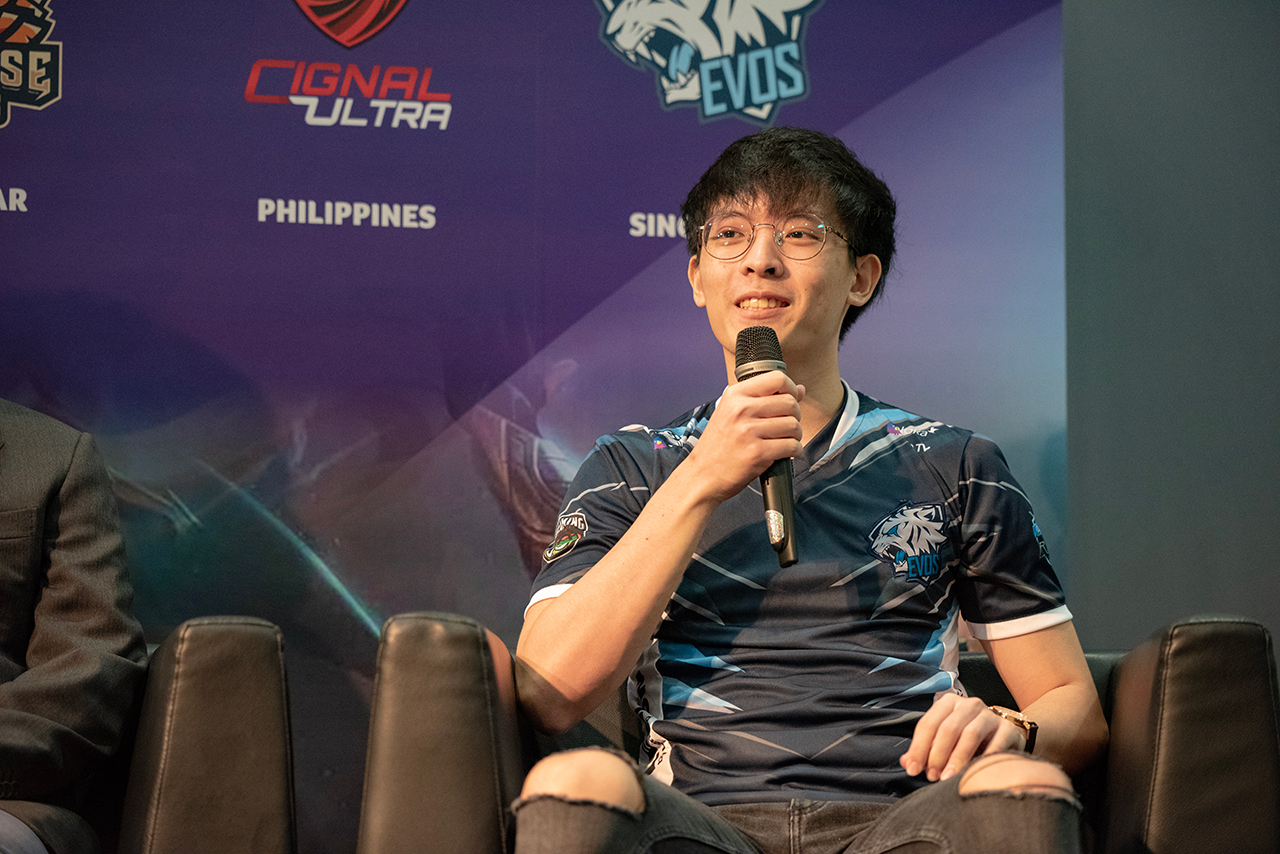 The two-day Clash of Champions is attached to the Infocomm Media Development Authority’s SG:Digital Wonderland 2019, an annual tech carnival open to all visitors. Organizing the SEACOC is sports marketing agency Reddentes Sports, a newcomer to esports, with prize sponsorship by events house Infinitus (you may know them for 2017’s Pokémon Run Singapore).

Ade thinks there's nothing quite like a good game and a snug headcrab. He grew up with HIDEO KOJIMA's Metal Gear Solid, lives for RPGs, and is waiting for light guns to make their comeback.
Previous post Preview: Code Vein may not wow, but there’s plenty going for it to keep players interested
Next post Former Claptrap voice actor accuses Gearbox CEO of physical assault