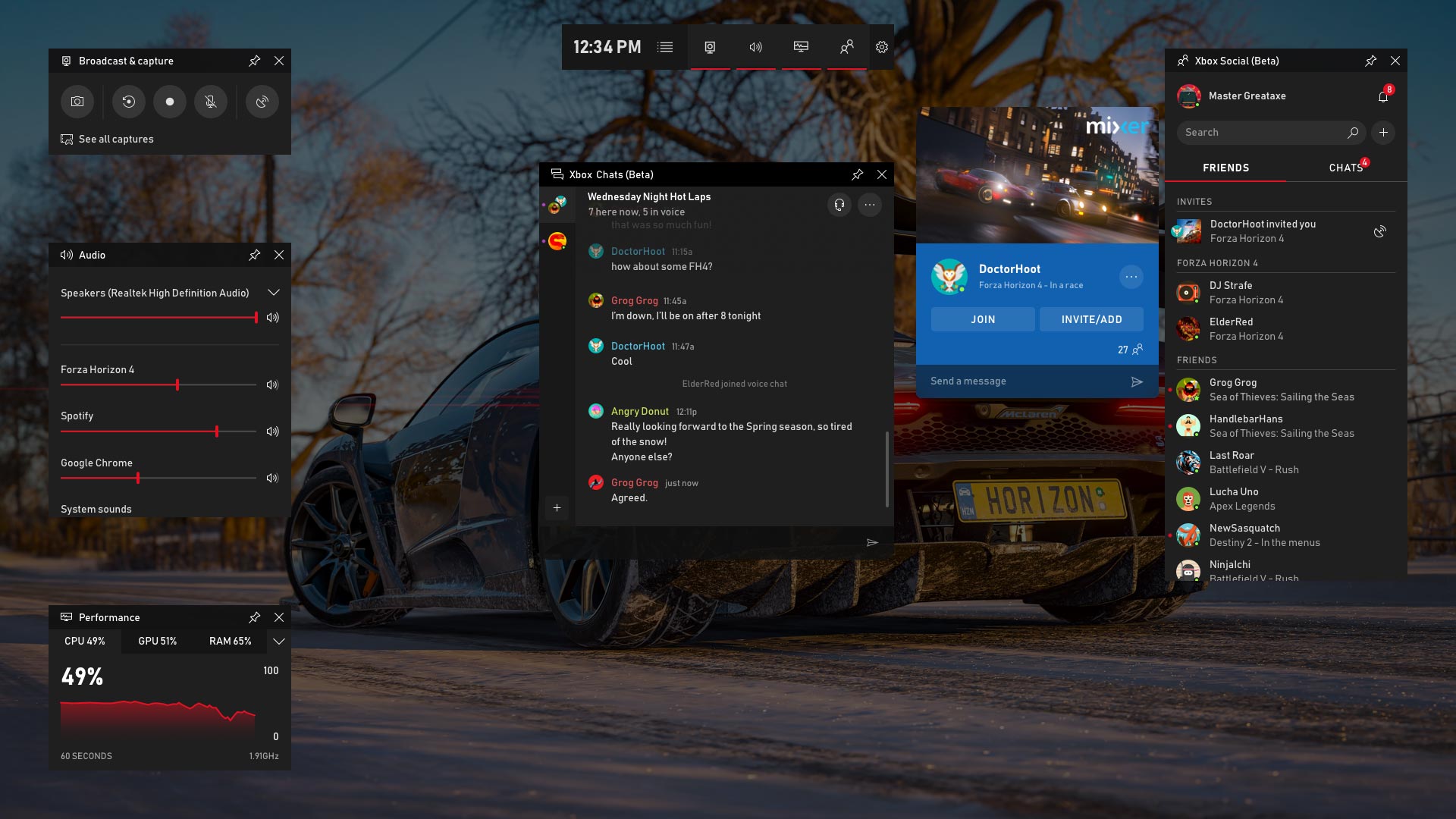 The Windows 10 Game Bar is getting some functionality upgrades, all of which can be tested in a new opt-in beta.

The Game Bar can be activated by hitting “Win + G” on your keyboard, where you can already get quick access to gaming features such as broadcasting, video recording, and clip sharing. To access the new features, however, you’ll need to be signed up to the free Xbox Insider Program – look for the Xbox Insider Hub app on the Microsoft store to get started.

So, what’s new? First on the list is Spotify integration, which includes the usual playback options (play/pause/skip) in addition to changing the playback device and trying recommended playlists. You’ll still need the Spotify app on your PC to get it working, but at least you won’t have to Alt + Tab out of games whenever a track isn’t quite your jam.

Then, if something meme-worthy happens, you can easily edit your screenshot or video with overlay text before sharing on Twitter. Wound up with some funny ragdoll animations in Crackdown 3 or finally beat that one boss in Sekiro? Let the world know ‘cause it’s bound to resonate with a kindred soul or two (or a few thousand). Once again, you’ll get to do all this without ever leaving the game, making users more inclined to share.

As for the Xbox Social widget, it’s been updated to better match social experiences elsewhere. There’s a quick and easy friends list that shows off what they’re currently playing, with quick options to text, chat, or watch their Mixer stream all from within Game Bar. These are also reflected on the Xbox One and within the Xbox App for PC and mobile.

Lastly, Microsoft are finally letting us customize the Game Bar interface. With more features available it doesn’t make sense to have all the widgets up on-screen, so users are free to choose which ones they want and where they are located.

Of course, everyone who’s anyone has a gaming overlay these days, and there’s quite a fair bit of overlap to leave most gamers uninterested. Still, this is a steady step forward in Microsoft’s renewed focus in PC gaming, provided they get around to consolidating all these services into a single user-facing app.

For instance, the Xbox App and Microsoft Store are still separate entities, and the Game Bar even mirrors notifications from the former – it’s all messy and confusing, compared to the all-in-one launchers from Steam, Blizzard, and more.

Ade thinks there's nothing quite like a good game and a snug headcrab. He grew up with HIDEO KOJIMA's Metal Gear Solid, lives for RPGs, and is waiting for light guns to make their comeback.
Previous post Review: Crackdown 3 has gone out of date
Next post Garena takes up arms alongside Activision and Tencent for Call of Duty: Mobile