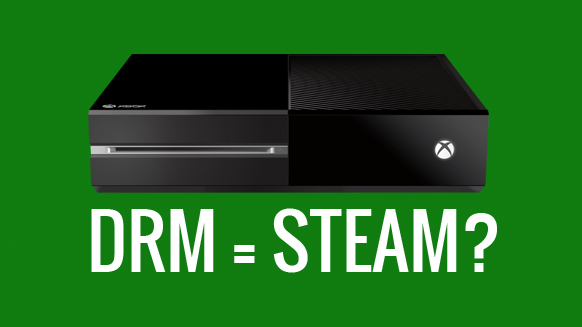 Trusting anonymous sources on the internet is like taking candy from a man claiming to be a wizard – it’s never a good idea. This time, however, we’ve come across something particularly interesting. Someone claiming to be an Xbox engineer wants to clear up the DRM misunderstandings because as it turns out, Microsoft just wants to bring the Steam model to console. In other words: long-term benefits.

The posts originally appeared on 4chan before someone saved it all on Pastebin. He begins by admitting that Microsoft “suck at telling the story” and that the point of switching to cloud-based DRM is to limit used games. That, in turn, will slowly let game prices drop. Everyone hated Steam when it started out anyway – look where they stand with consumers today.

It’s an interesting read but I’ll just put up a few highlights unedited (except for profanity). You can read the full version at the Pastebin itself.

>The thing is we suck at telling the story. The whole point of the DRM switch from disc based to cloud based is to kill disc swapping, scratched discs, bringing discs to friends house, trade-ins for […] value with nothign going back to developers, and high game costs. If you want games cheaper then 59.99, you have to limit used games somehow. Steam’s model requires a limited used game model.

>The thing is, the DRM is really really similar to steam… You can login anywhere and play your games, anyone in your house can play with the family xbox. The only diff is steam you have to sign in before playing, and Xbox does it automatically at night for you (once per 24 hours)

>It’s a long tail strategy, just like steam. Steam had it’s growing pains at the beginning with all it’s drm […] as well. […] For digital downloads steam had no real competition at the time, they were competing against boxed sales. At the time people were pretty irate about steam, (on 4chan too…) It was only once they had a digital marketplace with DRM that was locked down to prevent sharing that they could do super discounted […].

>Think about it, on steam you get a game for the true cost of the game, 5$-30$. On a console you have to pay for that PLUS any additional licenses for when you sell / trade / borrow / etc. If the developer / publisher can’t get it on additional licenses (like steam), then they charge the first person more. […] If we say “Hey publishers, you limit game to 39.99, we ensure every license transfer you get 10$, gamestop gets 20$” that is a decent model… Microsoft gets a license fee on first and subsequent game purchases, compared to just first now? That’s a revenue increase.

>Competition is the best man, it helps drive both to new heights. See technology from the Cold War. If we had no USSR, we’d be way worse off today. TLDR: Bring it on Steam 🙂

>The goal is to move to digital downloads, but Gamestop, Walmart, Target, Amazon are KIND OF […] ENTRENCHED in the industry. They have a lot of power, and the shift has to be gradual. Long term goal is steam for consoles. […] If you always want to stay with what you have, then keep current consoles, or a PS4. We’re TRYING to move the industry forwards towards digital distribution… it’sa bumpy road

>Publishers have enourmous power. Microsoft is trying to balance between consumer delight, and publisher wishes. If we cave to far in either direction you have a non-starting product. WiiU goes too far to consumer, you have no 3rd party support to shake a stick at. PS4 is status-quo. XB1 is trying to push some things, at the expense of others. We have a vision, we’ll see if it works in the coming years

>Honestly, if you care about anything other then pure games AT ALL. Xbox 1 > PS4. If all you do is play games, and nothing else, PS4.

Again I’d like to remind everyone that this is not official. Read it, think about it and treat it as some fresh perspective on the whole matter. Not that this absolves Microsoft for being frustratingly vague.

Ade thinks there's nothing quite like a good game and a snug headcrab. He grew up with HIDEO KOJIMA's Metal Gear Solid, lives for RPGs, and is waiting for light guns to make their comeback.
Previous post E3 2013: A Refresher For Final Fantasy XV
Next post E3 2013: Thief's Lead Designer Interview