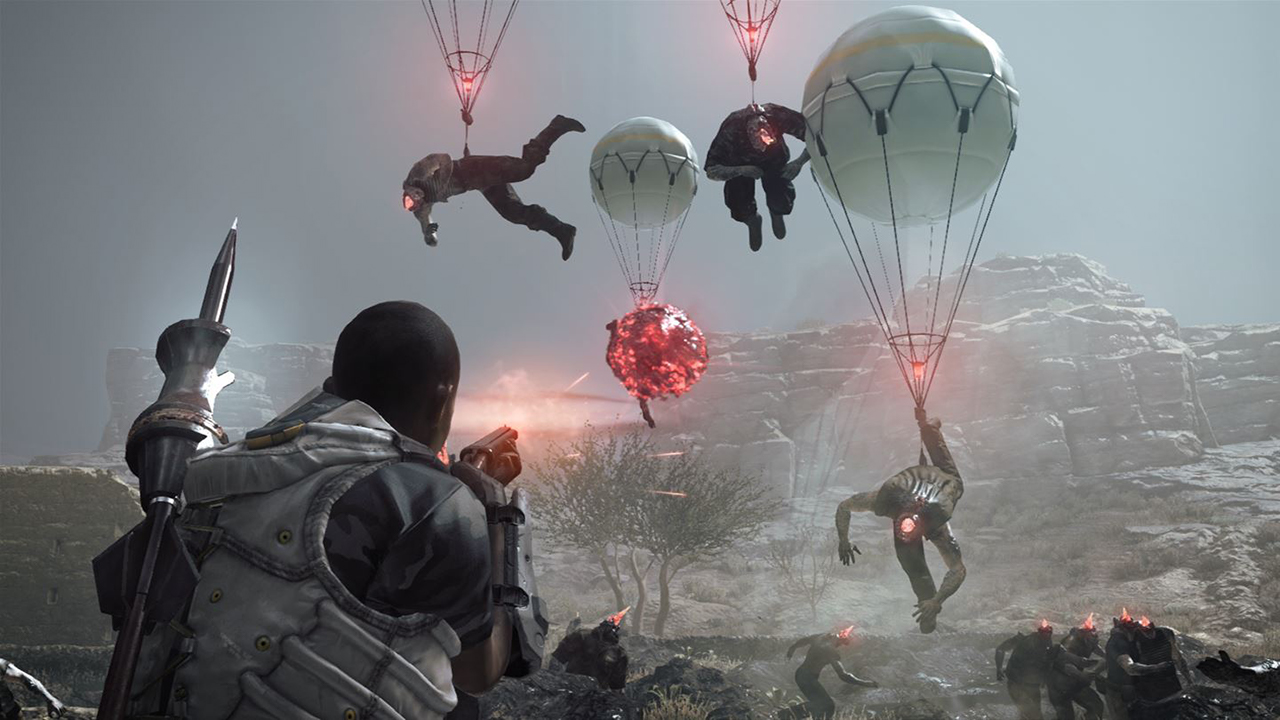 The Metal Gear Survive open beta is now live for PlayStation 4 and Xbox One users in Singapore. It’s the first Metal Gear title from a post-Kojima Konami, utilizing the excellent sandbox and zaniness of Metal Gear Solid V to craft a co-op zombie survival shooter.

The open beta runs from now till (tentatively) 21 January, supporting up to four online players as they sneak, scavenge, build, and kill in an alternate dimension. It’s a simple premise. Remember the wormhole we’ve been gleefully using to transport soldiers and sheep? Well, it turns out that there was one just like it shortly after the events of Ground Zeroes, sucking up the collapsing Mother Base as well as the unlucky Militaires Sans Frontières soldiers on it. There, they find a world inhabited by hostile zombie-like creatures, all of whom sport strange crystals jutting out of their heads.

It’s clearly not tied to the convoluted Metal Gear Solid storyline. Rather, this is simply Konami’s chance to get some added use out of the excellent Fox Engine and MGSV’s gameplay systems, mixed in with some zombie survival trend-surfing. Unfortunately, those trends include micro-transacations and always-online connectivity too.

In any case, the gameplay so far seems fun enough for some co-op adventuring, something we can now all put to the test in this console-only open beta.

Grab it off the PlayStation and Microsoft stores, coming in at approximately 8.3GB and 8.01GB respectively.

Metal Gear Survive launches on 20 February for PlayStation 4, Xbox One, and PC.

Ade thinks there's nothing quite like a good game and a snug headcrab. He grew up with HIDEO KOJIMA's Metal Gear Solid, lives for RPGs, and is waiting for light guns to make their comeback.
Previous post Nintendo Labo adds some DIY fun to the Switch
Next post Review — Alienware 17 (AW17R4) a fine contender for VR-ready desktop replacements