Home / Breaking News / Meet the cast and producer of Triple Frontier on the red carpet this Friday!

Meet the cast and producer of Triple Frontier on the red carpet this Friday! 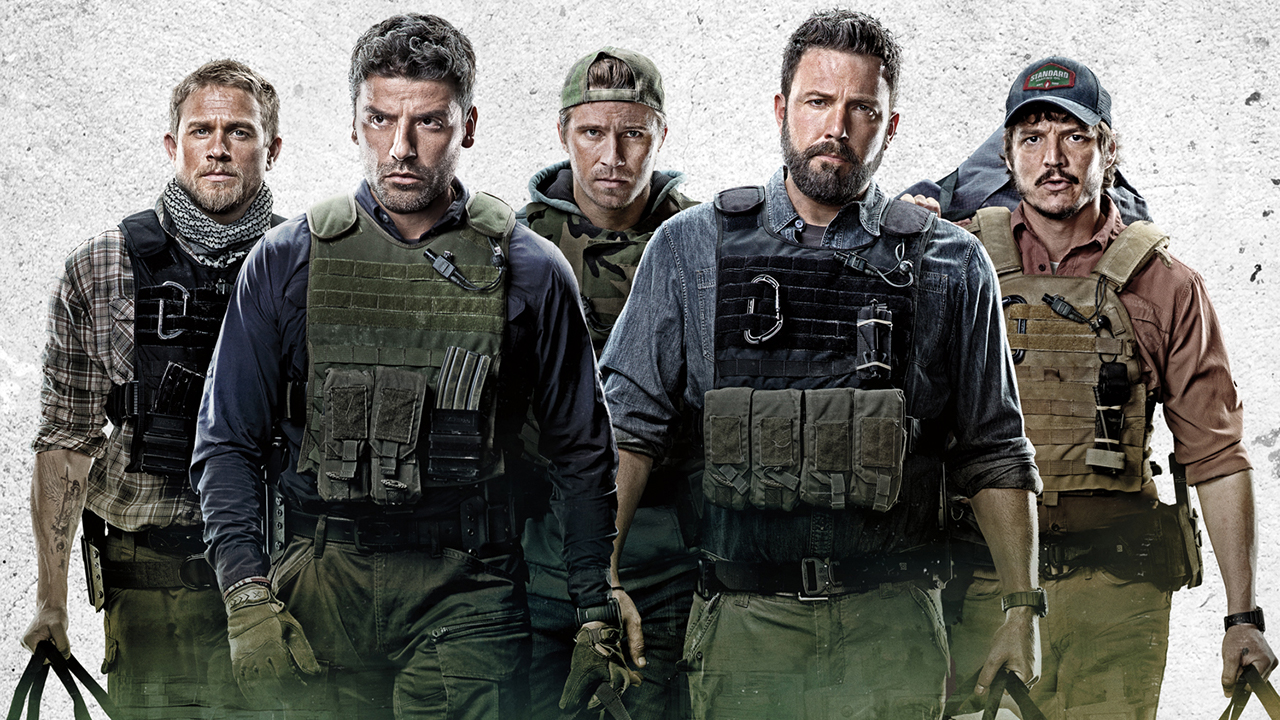 With The Punisher walking out the front door (“you do what you gotta’ do”), Netflix have quickly filled the military gap with an exclusive film titled Triple Frontier. It stars high-profile actors such as Ben Affleck, Charlie Hunnam, and Garret Hedlund, and fans eager to meet the cast and producer can do just that at a red carpet fan event this Friday, March 8!

To keep it short: Triple Frontier is a heist gone wrong. Set in South America, the group of former Special Forces operatives soon find “their skills, their loyalties, and their morals are pushed to a breaking point in an epic battle for survival.” To be more specific, they tried stealing from a South American drug cartel, which for an independent operation seems like a steep bet on the best of days.

Cartels and guns may sound cliché these days but Netflix are confident enough for a limited theatrical release in the US, days before the film streams worldwide on March 13. That may have just as much to do with the star-studded cast – which also includes Oscar Isaac and Pedro Pascal – as it does with the creative talent attached.

Here’s the trailer, which does seem highly promising:

Anyway, back to the fan event.

Other than catching the stars and producer Chuck Roven at the red carpet, fans will also be treated to exclusive clips from Triple Frontier (again, this happens before the film’s March 13 premiere). It all takes place at the suitably posh Marina Bay Sands, at the Digital Light Canvas in B2 of The Shoppes.

Venue: Digital Light Canvas (B2, Next to the Rasapura Masters Food Court) at The Shoppes at Marina Bay Sands

Netflix is making this bizarrely simple. You just have to text your particulars and the desired number of tickets via WhatsApp, and presumably try to get to the event early for a better spot.

*Note: No affiliation to GameAxis or Singapore Press Holdings.

Fan ticket collection will be at the Triple Frontier registration counter at the venue.

Ade thinks there's nothing quite like a good game and a snug headcrab. He grew up with HIDEO KOJIMA's Metal Gear Solid, lives for RPGs, and is waiting for light guns to make their comeback.
Previous post Catch Tropius and other rares at the official Pokémon GO! Safari Zone event at Sentosa
Next post Pokemon Center Singapore is set to open on April 17!