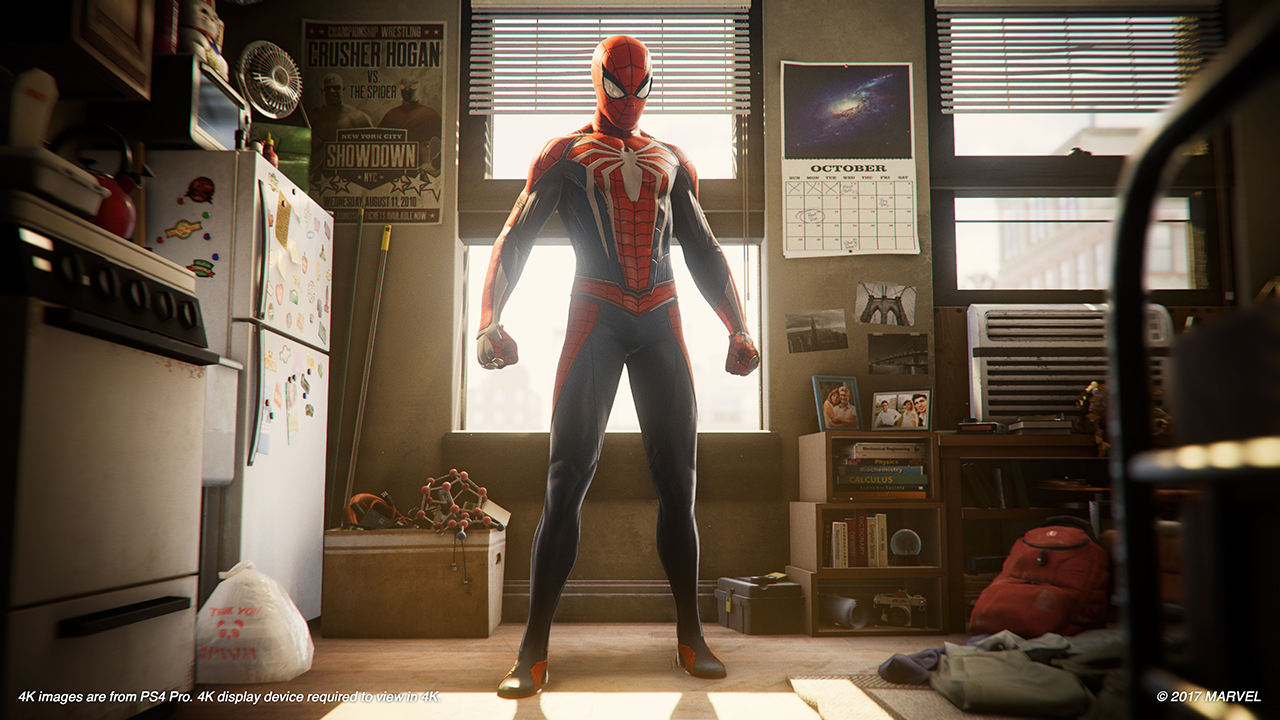 Insomniac Games’ Marvel’s Spider-Man is swinging onto PlayStation 4 on 7 September. Accompanying the release date are peeks at both the Digital Deluxe and Collector’s Editions, the latter containing a half-revealed statue by Gentle Giant.

Like the classics before it, Marvel’s Spider-Man is an open world action-adventure set among the towering skyscrapers of New York. Unlike most licensed adaptations, however, the game isn’t tied to any particular timeline, whether movie or comic. Instead, Insomniac are pursuing an original story with an experienced Peter Parker, now 23-years-old and donning the new Advanced Suit. In their words: “this is the most masterful Spider-Man you’ve ever played.”

We’ll get to see core characters such as Aunt May, Mary Jane, and Kingpin, though they’ve been reimagined to spruce up the age-old superhero conflict between personal life and crime-fighting career — we’ve already seen from a 2017 trailer that players will be in Parker’s shoes just as much as Spidey’s.

As experienced as he is there are always bigger threats out there, and larger than Wilson Fisk (relatively speaking) is Martin Li, better known as Mister Negative. He’s not a villain most would easily associate with the web-slinger, but it is something different.

PlayStation have put out a new video though it’s mostly pre-order fluff and quick looks at the pricier editions. 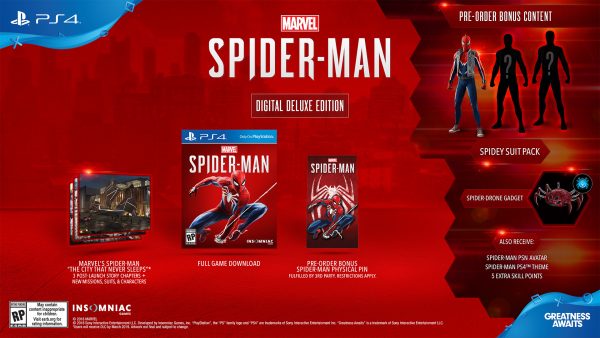 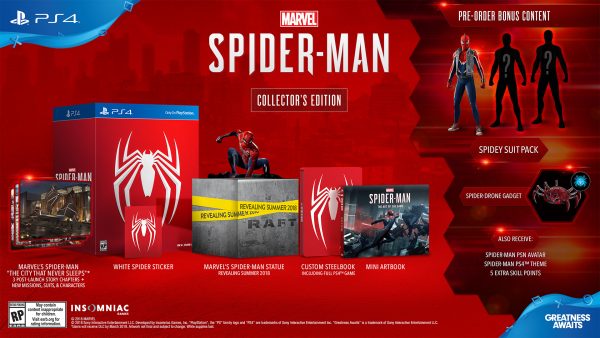 The Digital Edition comes with a post-launch DLC series — Marvel’s Spider-Man: The City That Never Sleeps — consisting of three new chapters with new missions, villains, characters, and Spidey suits. The Collector’s Edition adds a SteelBook case, a mini artbook, and the statue. A full reveal for the statue is coming this summer.

Contents for either edition may change for the Asian market; we’ll update the post should there be any new announcements.

Pre-ordering nets you more suits, the Spider-Drone gadget, a PSN avatar, and a PS4 theme designed by comic book artist Adi Granov. You may remember him for his gorgeous covers or his local appearances at STGCC.

On a related note, there’s also this artwork by the famous Alex Ross for Game Informer:

As for Insomniac Games, they’re best known for creating PlayStation hits such as Spyro, Ratchet & Clank, and Resistance. They also made the excellent Sunset Overdrive for Xbox One, which forms the technical foundation (a modified game engine) for this new adventure.

That being said, Marvel’s Spider-Man is a PlayStation 4 exclusive.

Ade thinks there's nothing quite like a good game and a snug headcrab. He grew up with HIDEO KOJIMA's Metal Gear Solid, lives for RPGs, and is waiting for light guns to make their comeback.
Previous post Review: Far Cry 5 is a solid entry that sticks too closely to its formula
Next post FIFA 18 Global Series Qualifiers is coming to PlayStation League Asia 2018