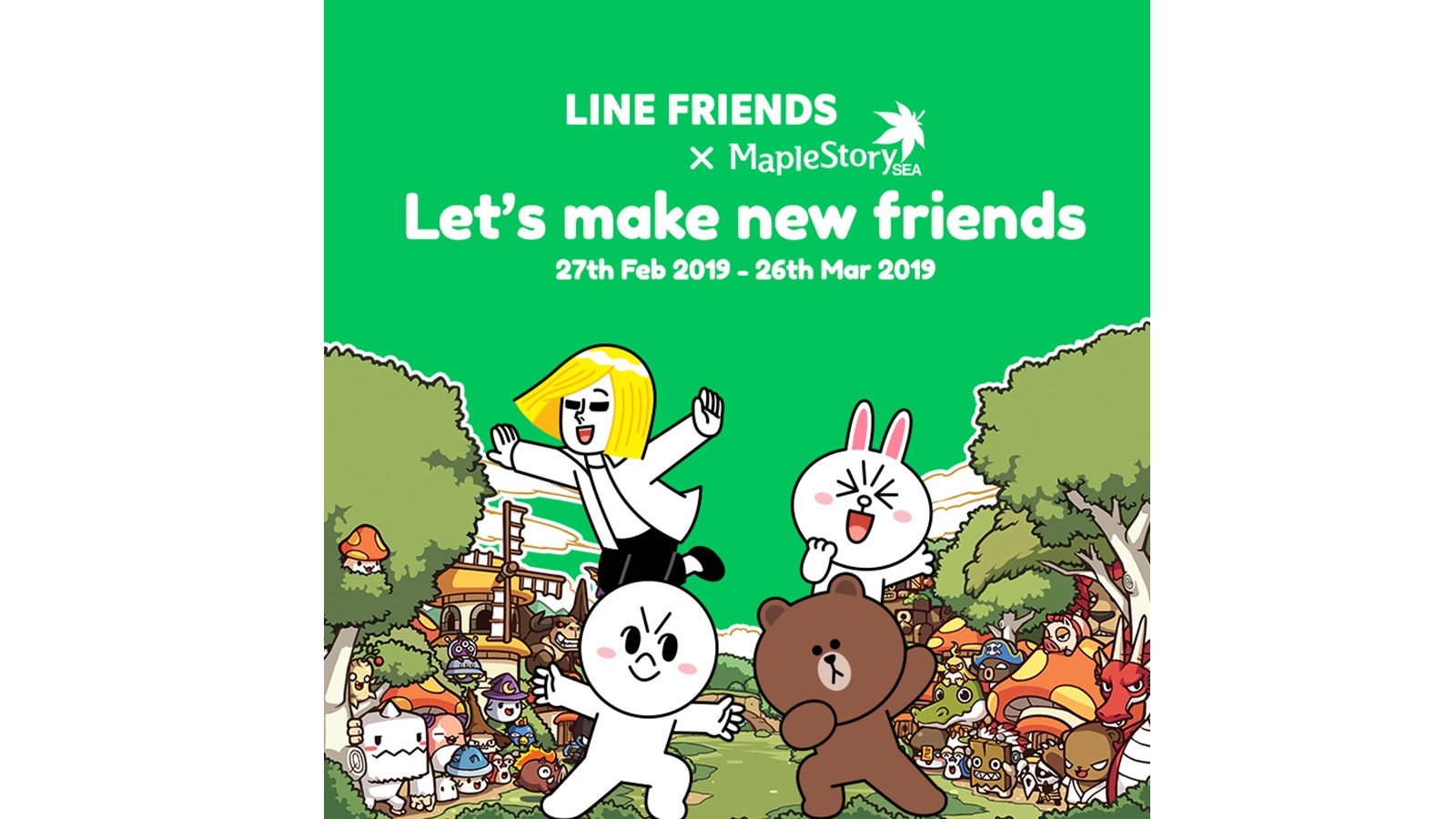 At this point, it seems like everyone is boarding the collab event hype train.

Even MapleStorySEA wants a piece of the pie, partnering with LINE to bring their iconic BROWN & FRIENDS characters into Maple World. The event begins on 27 February and will last all the way till 26 March. That gives players about a month to acquire (read: farm) all the event-exclusive goodies and collectibles.

There is one prerequisite, though. To participate in the event, characters have to be at least level 61. That might seem daunting but, correct me if I’m wrong, it doesn’t seem all that difficult when some players are already grinding to level 275 after the recent patch.

Level requirements aside, most of the collectibles can be found in LINE FRIENDS gift boxes. These will randomly spawn from monsters around the player’s level upon defeat. LINE FRIENDS and MapleStorySEA stickers, items, and consumables are all up for grabs.

That’s not the only method, however. LINE FRIENDS coins collected from mobs can be exchanged for stuff in the event shop, too. There are shop exclusives as well, such as the Rattling LINE FRIENDS truck and Moon Scooter mounts.

According to PlayPark managing director Apol Dionglay, this is only the tip of the iceberg for MapleStorySEA in 2019. Citing the importance of keeping the community engaged, he revealed that the collab with LINE would be the first of many to arrive in Maple World this year.

Kenneth is your dedicated jack of all trades gamer and borderline anime nut. When not writing, he likes to wind down with Overwatch, Apex Legends and a bit of Fate: Grand Order on the side.
Previous post Halo TV show gets back on track with Robin Hood’s Otto Bathurst as new director
Next post Mum has to hand-feed 13 y/o son addicted to video games