Mane6 Slapped With Cease & Desist For "Fighting Is Magic" 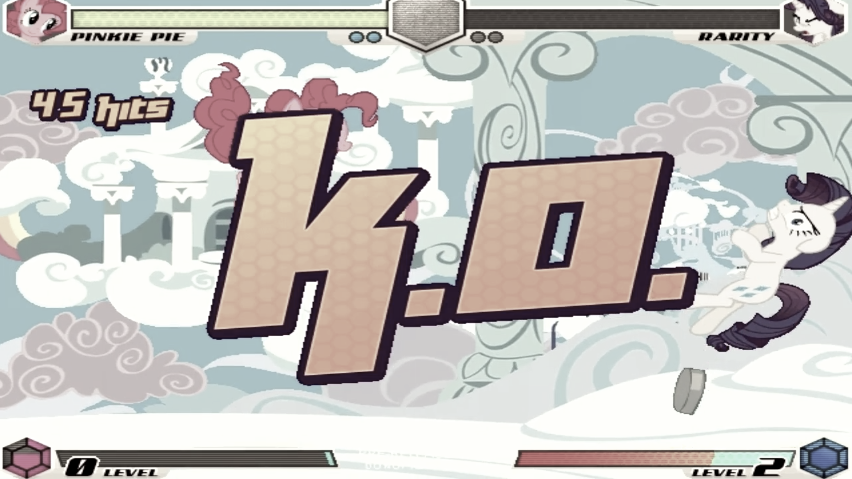 The owner of the My Little Pony: Friendship is Magic franchise stepped in last week to halt the development of one of the biggest fan-made games, MLP: Fighting Is Magic, likely to protect their brand around a recent wave of YouTube Pony fan-video takedowns and more legal action against unofficial, unlicensed projects and games, including a card game and an online MMO.

Fighting is Magic was an unorthodox fighting game that involved the main cast of ponies from the animated series developed by a team identified as Mane6, who have been working on the game without financial aid for over two years. The game was featured at major conventions and even at EVO 2012, with the title unexpectedly gunning for the 8th “Player’s Choice” game in the fighting game tournament that was to take place in EVO 2013 (it was eventually won by Super Smash Bros. Melee). Mane6 is currently negotiating the use of Hasbro’s property, stripping their development blog of all hint of the colourful ponies, although a positive resolution looks all but unlikely.

RE: Mane6. I sympathize and share the disappointment, but it's Hasbro's right. Feel super bad for the developers tho. So much work…

The animated series has garnered a whole lot of adult fans that lead to the eventual flood of unlicensed work by fans. In accordance with US trademark law, the owner of a trademark must defend ownership of said trademark or risk losing it upon infringement. Naturally, the fans aren’t all too pleased, and a petition has started making its rounds. Series creator and former executive producer Lauren Faust (tweet, above) has hinted interest in helping the Mane6 out with “original characters”, but that will mean starting up pretty much all over again without the help of two of their developers who recently left the team.