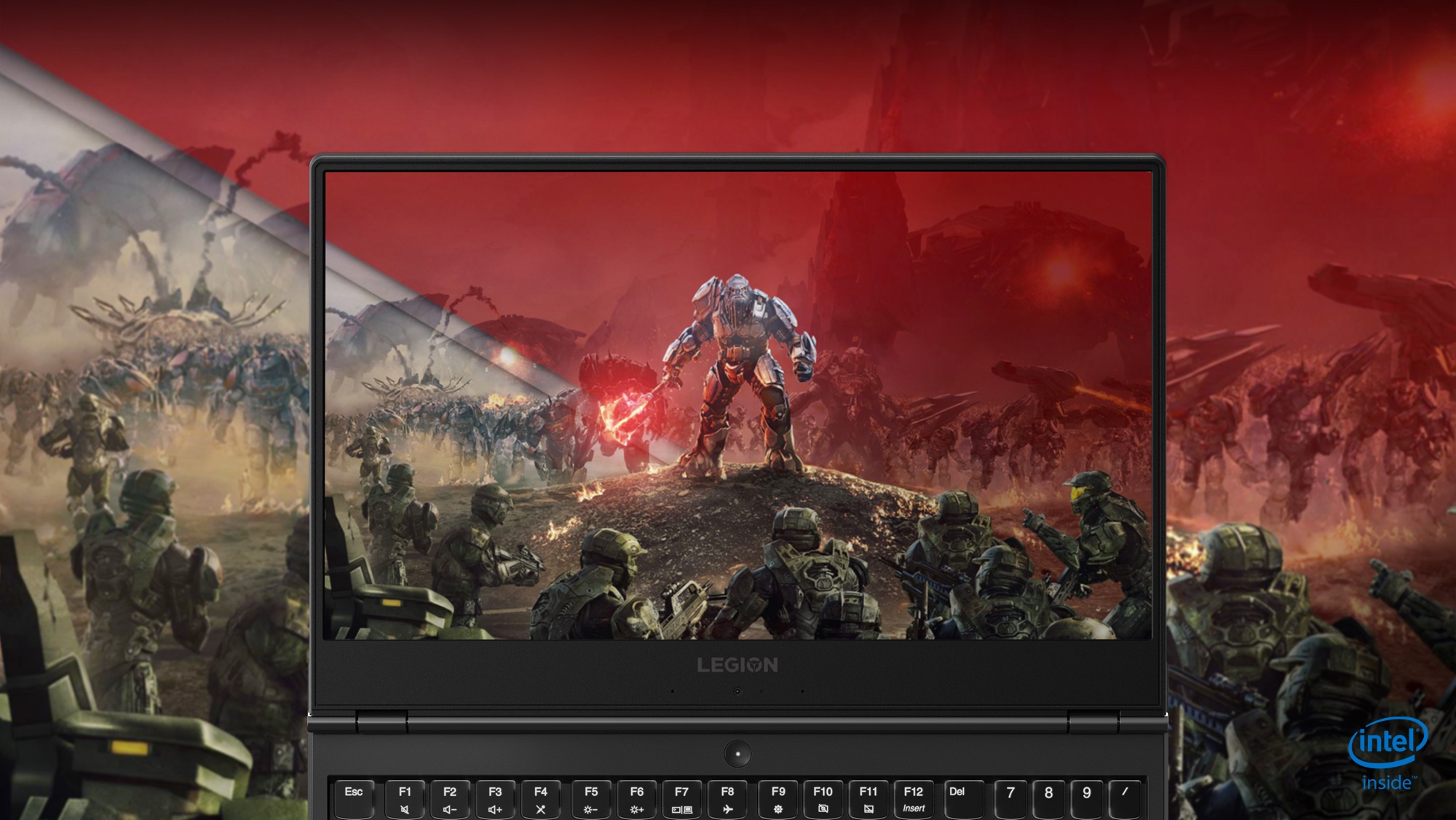 Having brought us a bevvy of new gaming hardware just last year, Lenovo is back and they are doubling down on their promise to become a bigger part of the PC gaming ecosystem. With that promise in mind, 2018 is a big year for the company – with them rolling out some pretty good looking machines under their Legion gaming arm.

According to Lenovo, the newest Legion machines are meant to address the concerns and desires of modern gamers. These machines are built for power, portability, customizability and performance right out of the box. Legion machines will also come with Intel Optane technology, a smart system accelerator that improves the performance and response of PCs through adaptive machine learning. Let’s take a look at some of these machines.

This 15.6” FHD gaming laptop comes with an 8th Gen, Hexacore Intel Core i7-8750H processor, and an NVIDIA GeForce GTX 1050 Ti GPU. It also comes with 24GB of RAM, 16GB of which is dedicated to Intel Optane Memory. All this comes at a rather affordable S$1,799. This laptop is now available through any Lenovo retailers or business partners.

Packing an Intel Core i7-8750H processor as well as the NVIDIA GeForce GTX 1050 Ti GPU, the difference between this and the Y530 lies in its Dolby Atmos Speaker System and also the 16 million colour combination RGB visible from the keyboard. Prices and availability will be unveiled at a later date.

The Legion Cube is designed as a compact and powerful portable gaming rig. It even comes with a handle. Despite its smaller stature than traditional rigs, the C530 still managed to pack in an Intel Core i7-8700 processor and an NVIDIA GeForce GTX 1060 GPU. It also comes with a 256GB SSD to house the Windows OS and other critical programs, with the secondary 2TB HDD meant to store all of your games collections. Prices and availability will be unveiled at a later date.

Outwardly, the C730 Cube looks quite similar to the C530 above. But look closely and you’ll find that the former’s chassis features a dual-channel thermal system with RGB lighting and a transparent top panel. On the inside, the C730 also shares some similarities with its sibling, such as the Intel Core i7-8700K processor and a GeForce 1060 GPU. But it boasts a higher capacity 512GB SSD over the C530’s 256GB SSD. Prices and availability will be unveiled at a later date.

The T530 Tower is probably Legion’s most traditional looking desktop. But it’s also designed to be moved around with a top handle, when required. Targeted at a the mainstream and lower-end gaming crowd, the computer is spec-ed with an 8th Gen i5-8400 processor and NVIDIA’s entry-level GeForce GTX 1050. It’s not too shabby, when you consider that the machine’s price-tag is a reasonable $1,299. If you are looking for a bit more power, you can upgrade the CPU to an i7-8700 CPU and a GeForce GTX 1050 Ti for an additional $400.

At the higher end of the desktop gaming spectrum, the T730 Tower comes with a more powerful Intel i7-8700K processor and a GeForce GTX 1060. It also comes with 32GB RAM provided by Corsair, and a 512GB SSD. And like a DIY desktop these days, the T730 comes with a customizable RGB LED system lighting, a transparent side panel, and optional liquid cooling. Prices and availability will be unveiled at a later date.

Lenovo will also be furthering its efforts to help develop the local gaming ecosystems and provide increased support and engagement for Legion fans. Kicking off this month, August, Lenovo will be introducing a new eSports league called the Rise of Legion. The league is hoping to attract top teams from games like Rainbow Six: Siege, PlayerUnknown’s Battleground (PUBG) and Dota 2 with a prize pool of $1,500, $3,000 and $2,000 for each game respectively.

A bullet fired is better than two in the chamber
Previous post Review: New Gundam Breaker nails the magic of Gunpla but fumbles combat
Next post Battle for Azeroth looms with Sylvanas short and new story quest