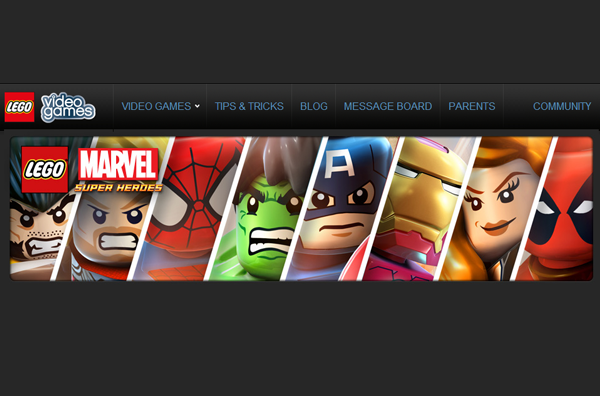 From Star Wars to Indiana Jones and Batman, we’ve seen some of the biggest movie franchises get bricked for the LEGO series of video games. Don’t let their looks deceive you though, because they’re actually pretty fun and make for great co-op action. Now you’ll get to romp around as more of your favourite comic characters with their next title, LEGO Marvel Super Heroes!

Meant to complement the toy collection, the game will feature more than 100 characters from the Marvel universe, tied together by a story in which Nick Fury requires your aid to save Earth from villainy. You’ll be up against the likes of Loki, Galactus and the Devourer of the Worlds in your super-quest, so make use of your super-abilities and puzzle-solving skills to thwart their plans. The adventure will even take you “beyond Earth to iconic locations”.

“If you’re a fan of Spider-Man, the Avengers, Fantastic Four, X-Men, Guardians of the Galaxy or scores of other Marvel characters, this is the game for you,” said TQ Jefferson, Vice President of Games Production for Marvel Entertainment.

LEGO Marvel Super Heroes will be available on many platforms this Fall 2013: Windows PC, PS3, Xbox 360, Wii U and the Nintendo DS and 3DS systems.

Ade thinks there's nothing quite like a good game and a snug headcrab. He grew up with HIDEO KOJIMA's Metal Gear Solid, lives for RPGs, and is waiting for light guns to make their comeback.
Previous post Sony's RFID Patent And Us
Next post CES 2013: ASUS Shows Off Their PC That's Also A Tablet