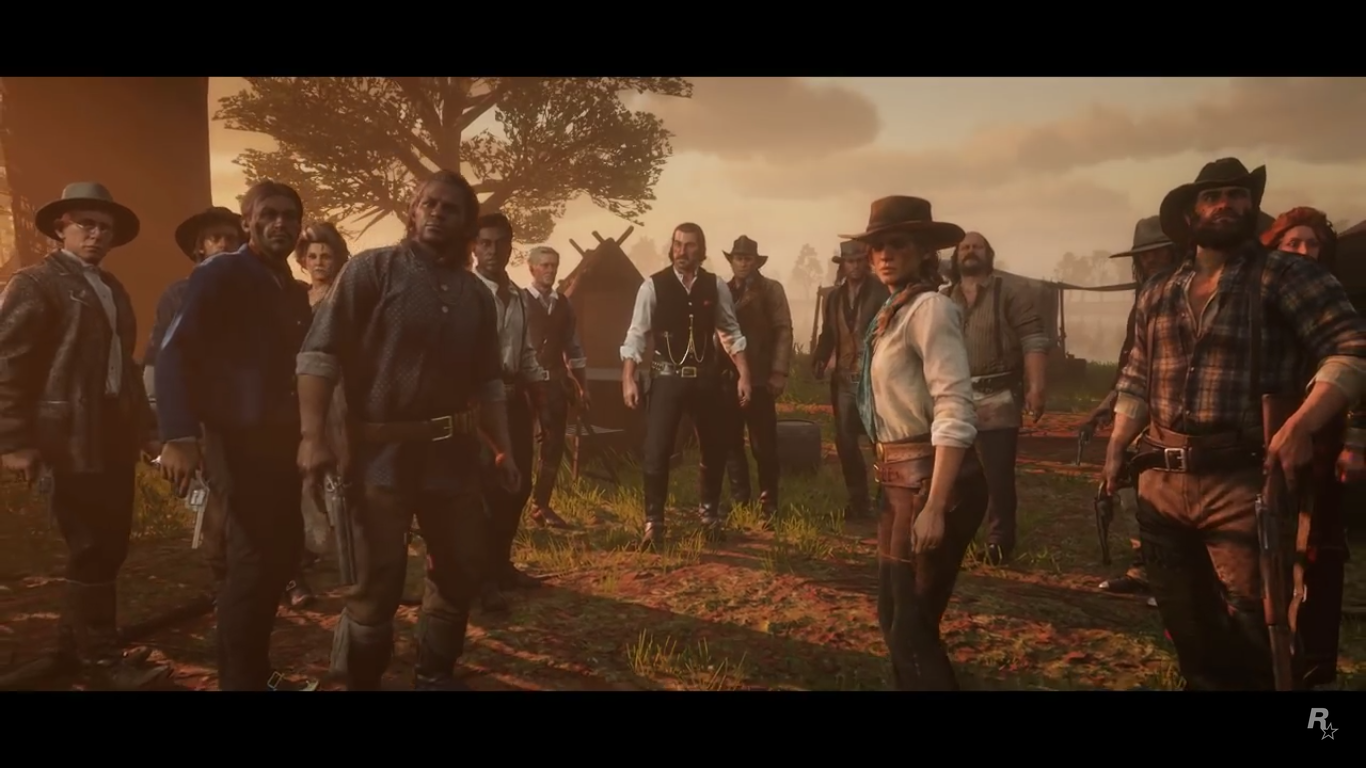 Outlaws on the run. Where Rockstar Games’ phenomenal Red Dead Redemption had us hunting down the Van der Linde gang, Red Dead Redemption 2 places us in the shoes of the hunted instead. The third and latest trailer for the open-world action-adventure has released and, in the course of two minutes, grants us a better picture of the game’s narrative.

It’s the end of an era — the “taming” of the Wild West, as Rockstar puts it. Red Dead Redemption 2 takes place in 1899, 12 years before the events of its predecessor, to a time when the notorious Dutch van der Linde gang was still whole. While the game follows Arthur Morgan, the new protagonist we were introduced to last September, you can catch a glimpse of a younger John Marston in this latest video. In what we know as a portent of future events, Marston is held captive by their pursuing government agents.

A group shot also shows the gang to be much larger during its waning heights. Marston only went after a few members in Red Dead Redemption, some of whom are easily identified. Even so, Dutch and his gang seem to be in dire straits as they try to recover from a failed robbery.

“Sometimes, brothers make mistakes,” says one outlaw. “Stay strong,” says another. The Van der Linde gang is crumbling, and we’ll be there to see it all first-hand when Red Dead Redemption 2 launches on 26 October for PlayStation 4 and Xbox One.

America, 1899. The end of the wild west era has begun as lawmen hunt down the last remaining outlaw gangs. Those who will not surrender or succumb are killed.

After a robbery goes badly wrong in the western town of Blackwater, Arthur Morgan and the Van der Linde gang are forced to flee. With federal agents and the best bounty hunters in the nation massing on their heels, the gang must rob, steal and fight their way across the rugged heartland of America in order to survive. As deepening internal divisions threaten to tear the gang apart, Arthur must make a choice between his own ideals and loyalty to the gang who raised him.

Ade thinks there's nothing quite like a good game and a snug headcrab. He grew up with HIDEO KOJIMA's Metal Gear Solid, lives for RPGs, and is waiting for light guns to make their comeback.
Previous post Review: Stifled is pulled in opposite directions by innovative yet repetitive gameplay
Next post Humble Capcom X Sega PlayStation Bundle includes Valkyria Chronicles, Dead Rising, Resident Evil and more