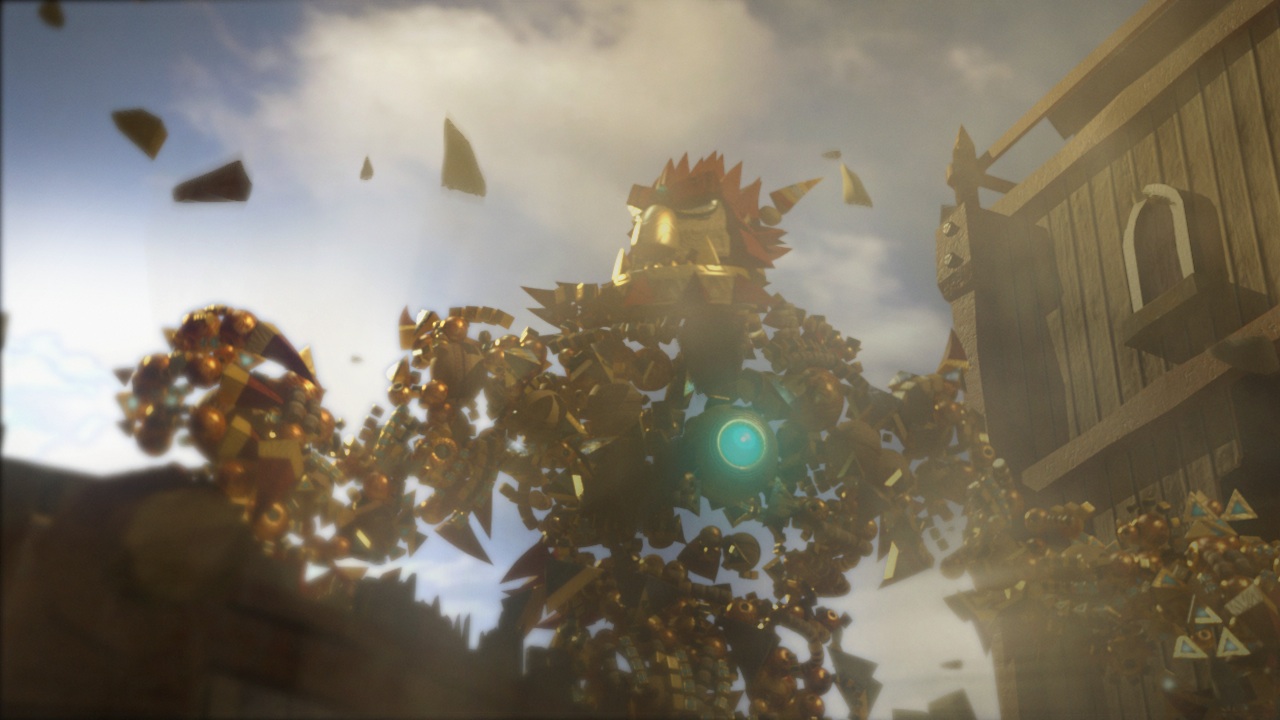 The first game revealed at yesterday’s PlayStation Meeting press conference was Knack, a platformer featuring a relic-absorbing creature for the PlayStation 4.

Knack as a character is basically a simple body from the start until it starts gathering relics onto its person not too different from how it would look when a magnet attracts iron filings. The end result is a larger, taller Knack ready to take on the goblin army.

A post from the Europe PlayStation blog reveals Knack’s ability to incorporate other elements like ice and metal, giving him new abilities from level to level. Game director Mark Cerny, who revealed the DualShock 4 and Knack at a segment at yesterday’s presser, has worked with other titles like Crash Bandicoot and Jak and Daxter, describing the game as “Crash Bandicoot (with) a little bit like Katamari Damacy”.

Knack is being developed by Japan Studio, notable for their work with Patapon and Shadow of the Colossus with Team Ico.