You Can Now Build Your LEGO Dreams With Chrome 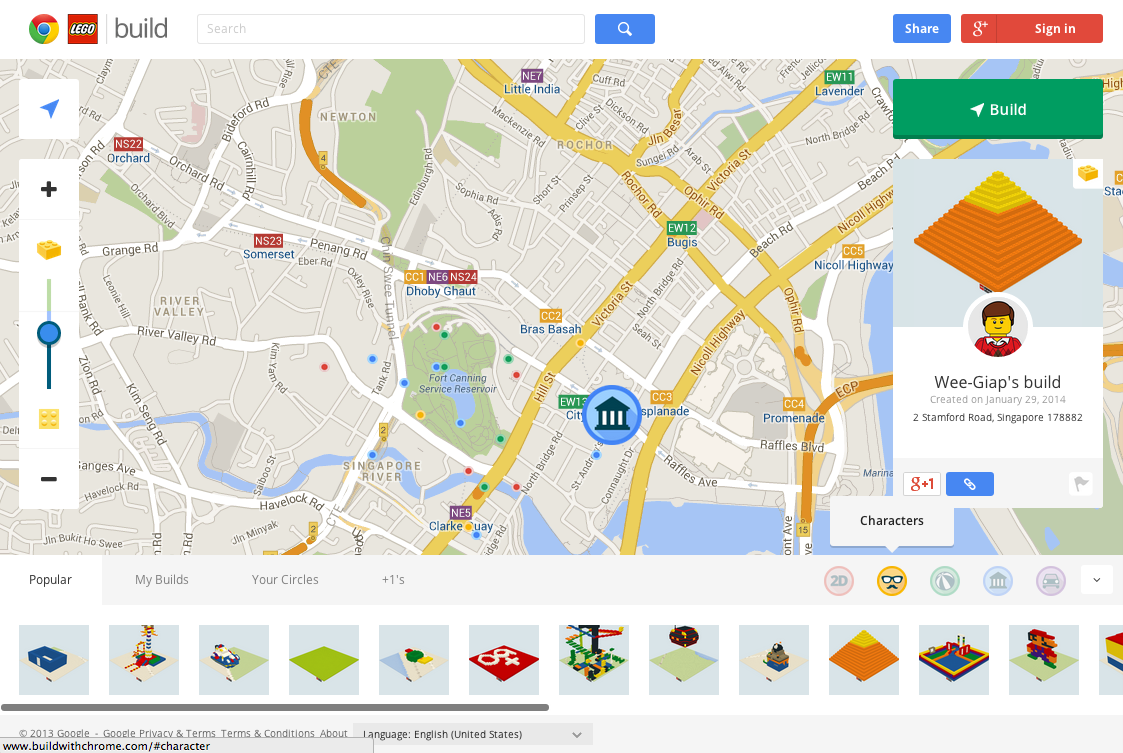 No, not the shiny stuff. Google Chrome. A collaboration with Google and LEGO allows folks to build their wildest LEGO creations right on Google’s browser.

We’ve seen this simulator before, back when it was just an exclusive 50th anniversary webtoy for Australia and New Zealand in 2012. Now likely a tie-in for the upcoming LEGO movie with character cameos, it features a more robust interface with an ease on the limitations of how much you can build and where, with the real-world location-based plots of build plates tied to a location on Google Maps.

The new Academy feature allows you to build to a specific challenge, or you can browse other creations from around the world. It’s also compatible with smartphones and tablets running Google Chrome, so you can with in with Google+ and sync your creations around you.

Too bad you still can’t build with someone else across the Internet live, but that’s just crazy.