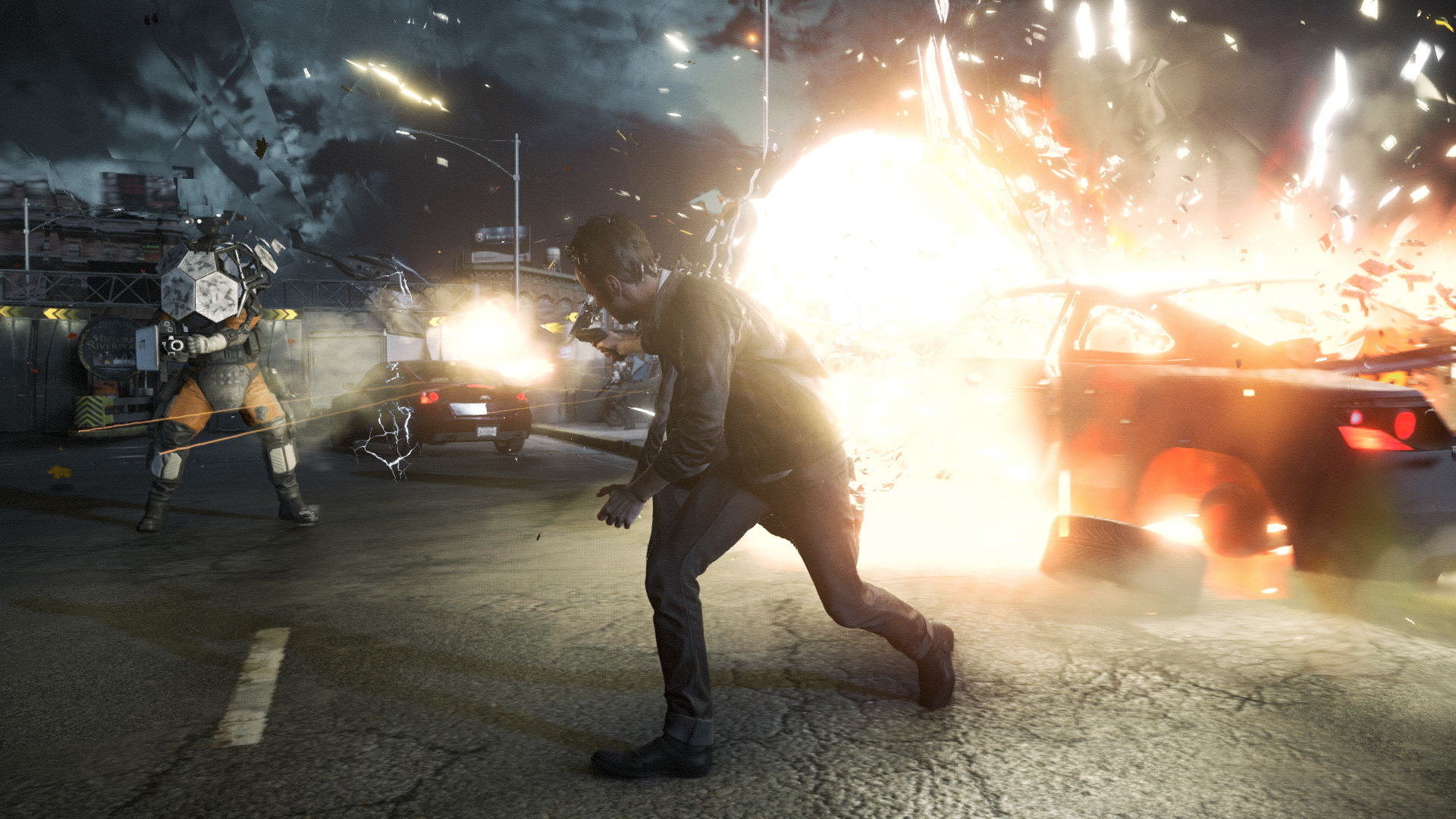 Remedy Entertainment is back to messing with time in their 2015 Xbox One release, Quantum Break. We’ve never had a good grasp on what it actually plays like until recently, when a gameplay trailer was shown at Gamescom 2014. Now we’ve got an 18-minute version, narrated by Creative Director Sam Lake, which adds some adventure segments to the previously shown combat. The new area is also experiencing a ‘Time Stutter’ so holding forward and timing jumps aren’t going to cut it.

Microsoft took their copy of the video down so here’s the one uploaded by IGN..

System software update v2.00 is out this week, bringing with it one of the better features we’ve seen so far. They’re describing Share Play as a “virtual couch” where two players can share a single gaming session. PlayStation Plus isn’t necessary for screen sharing but the host needs to have it to pass the controller over, whereas the virtual second controller needs both players to be subscribers.

This awesome addition suffers from one drawback: a time limit. “Each Share Play session is limited to one hour,” explains PR representative Andrew Kelly in the comments. It’s an understandable limitation where sales are concerned, but a later comment confirms that the limit will apply even if both players have the game. We can host sessions consecutively but it’ll be really troublesome for those wanting to complete an entire game together. Let’s hope that gets addressed in a future patch!

The denizens of Azeroth will join Sackboy and Arno in Funko’s long-standing efforts to overtake homes and offices with cute little plastic figures. These new additions to their massive line-up will release in the following months: World of Warcraft and LittleBigPlanet in November, and Assassin’s Creed in December.

Sackboy being anything other than fabric is downright bizarre but can we all agree that Deathwing is just begging to be on your desk? He’ll probably scorch it the moment you look away but that’s okay.

The Strife: Origins Tournament, a series of matches held in various spots across Singapore, kicks off on Saturday, 1 November at JCube Gaming Cybercafe.  There’ll be one each Saturday for the next eight weeks and registration is free, so poke a few friends and head on down for a chance at prize money. Since Strife is very newcomer-friendly there’ll also be 3v3 challenges as side activities. We’ll have the full details for you soon.

Did you get to try Evolve at GameStart? If you didn’t or simply can’t wait for more then be sure to try your luck at getting access to the Big Alpha this weekend. Applications can still go through so don’t wait and register now! We have the instructions right here.

Ade thinks there's nothing quite like a good game and a snug headcrab. He grew up with HIDEO KOJIMA's Metal Gear Solid, lives for RPGs, and is waiting for light guns to make their comeback.
Previous post GameStart 2014: Missed It? Here’s the Twitch Broadcast (With Timestamps!)
Next post GameStart 2014: A Second Look at Evolve