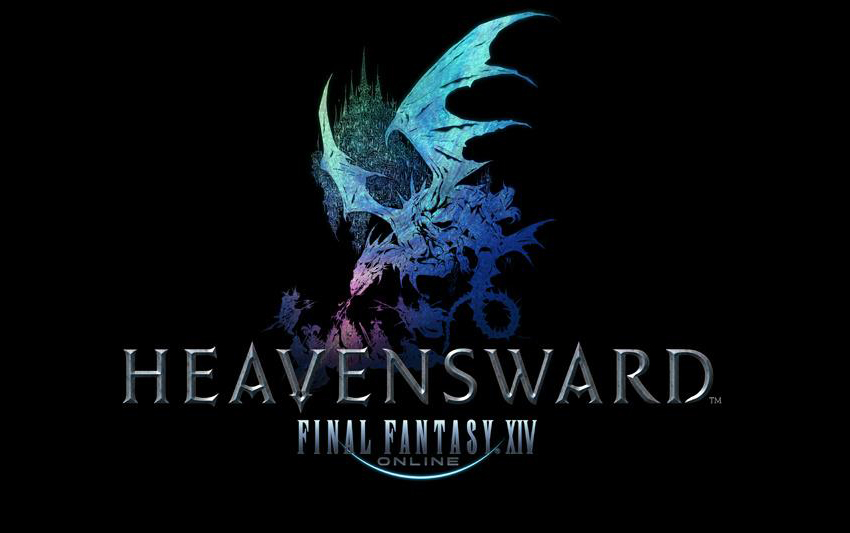 Over in Las Vegas, Squre Enix treated fans at the Final Fantasy XIV Fan Festival to two trailers for their multi-platform MMORPG. The first is a lengthy eight-minute video detailing all that the massive Patch 2.4 will bring.

On top of all that good stuff is the trailer for the game’s first expansion, Heavensward, appended below. There’s the mandatory level-cap raise to 60; new areas, dungeons, raids, gear, recipes and jobs; a new player race with both male and female characters; and player-built airships. Yup, we all know what their biggest selling point here is.

Patch 2.4 ‘Dreams of Ice’ will release later this month – competing with World of Warcraft expansion Warlords of Draenor – whereas Heavensward is currently scheduled for Spring 2015.

Seeing how games are made never ceases to be entertaining but in the case of 343 Industries, they’re remastering a game they’ve inherited. ‘Remaking the Legend – Halo 2 Anniversary’ lets us see just how this first-party studio takes on a classic, though there’s just one problem: it’s not out yet.

All we have right now is this short teaser that ends off with a “coming soon”. Looks like waiting is something Halo fans are going to be very familiar with in the coming weeks. In the meantime, there’s always the Crucible mode in Destiny.

Riot Games took over Sangam Stadium in Seoul, Korea for the grand finals to its 2014 World Championship, where Samsung White claimed the trophy in a 3–1 win over Star Horn Royal Club. The Korean victors were reportedly dominating the matches the entire time, swiftly ending the tournament after a comeback by Chinese team Star Horn in Game 3.

If you missed the tournament then you’re in luck, as replays are already uploading to YouTube.

For the remaining videos check out the official LoL Esports blog –they’ve also included a highlight timestamp for each match.

Deep Down – Yoshinori Ono on Development

After drawing all sorts of attention to itself during E3 and Tokyo Game Show, the state of Capcom’s Deep Down remains a mystery. To shed some light on this free-to-play PS4 exclusive, Famitsu ran an interview with producer Yoshinori Ono (translated by Gematsu), revealing some interesting tidbits about its development.

The idea for Deep Down began after the team, having completed Resident Evil 5 and 6, decided to focus on new hardware for their next game. In terms of design, the team is taking cues from online games they like and going with what they think would be fun.

“If I told them to more specifically do this or that, they might feel pigeonholed into just making something that’s derivative of what Capcom has previously put out.”

Ono states the game is currently in a “trial and error” stage but assures readers it will come out. “Eventually, we’ll be able to find our groove and then from there, development will progress at breakneck speed.”

Visit Gematsu for the full piece.

Don’t miss out on GameStart 2014 happening at the Suntec Convention Centre this weekend! Set to be the largest videogame convention in Singapore, here’s why it’ll easily be worth your money. Online ticket sales have already closed so note down the current alternatives.

Ade thinks there's nothing quite like a good game and a snug headcrab. He grew up with HIDEO KOJIMA's Metal Gear Solid, lives for RPGs, and is waiting for light guns to make their comeback.
Previous post Day 1 at World in Audition’s Alpha Hands-On
Next post Giveaway: GameStart 2014 Tickets (While Stocks Last!) – CLOSED