Ubisoft and Vice Present A Three-Part Documentary on Pirates 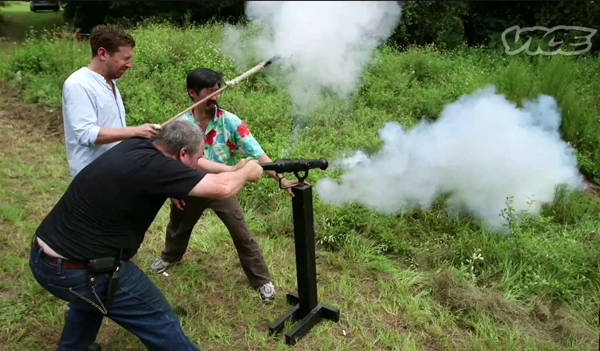 We’re awfully close to the release of Assassin’s Creed IV: Black Flag, where the game’s new setting is a much-needed breath of Caribbean air. A predominantly sea-based adventure and a cast of characters based on notorious 18th century pirates sounds awfully exciting, although here’s a question: just how well do you know your pirate lore? Most of my experience comes from Monkey Island and movies, so it’s safe to assume that my knowledge amounts to “not much”. If only there was a documentary about it, hmm.

Actually there’s plenty on the subject (pop culture just loves pirates) but for a good start, there’s “Rum, Guns, and Gallows” by Vice and Ubisoft. Hosted by Will Kiersky, the Vice team spent a month gathering what they could on pirates and their lifestyle. The series is broken up into three-parts, each focusing on a different individual.

The first kicks off with Charles Vane. Having contributed to what we today call the “Golden Age of Piracy”, it shows a bit about Vane’s incredibly violent life contrasted against the beautiful backdrop of the Bahamas. We also get a demonstration on firearms (there’s blood!), take a tour in shark-infested waters and find out just how the pirates managed to fend off the Royal Navy.

The second episode will centre on Edward “Blackbeard” Teach while the third is on John “Calico Jack” Rackham, both of which will be available real soon. It’s a fairly short series so don’t expect to find out everything; take it as a primer while waiting for Black Flag. As mentioned, there’s plenty of documentaries to go from there if you find yourself interested.

It’s heartening to see companies do something educational with their marketing budgets rather than putting out yet another hype trailer. It reminds me of how Creative Assembly contacted Extra Credits to do a series on the Second Punic War, which I highly suggest you watch when you’ve got the time.

Assassin’s Creed IV: Black Flag releases on PS3 and Xbox 360 on 29 October. PC, Wii U and next-gen owners will get their versions shortly thereafter.

Ade thinks there's nothing quite like a good game and a snug headcrab. He grew up with HIDEO KOJIMA's Metal Gear Solid, lives for RPGs, and is waiting for light guns to make their comeback.
Previous post Heroes of Dragon Age and Dungeon Keeper Soft-Launch for Android
Next post NSFs Get a $15,000 World of Tanks Championship for License2Play