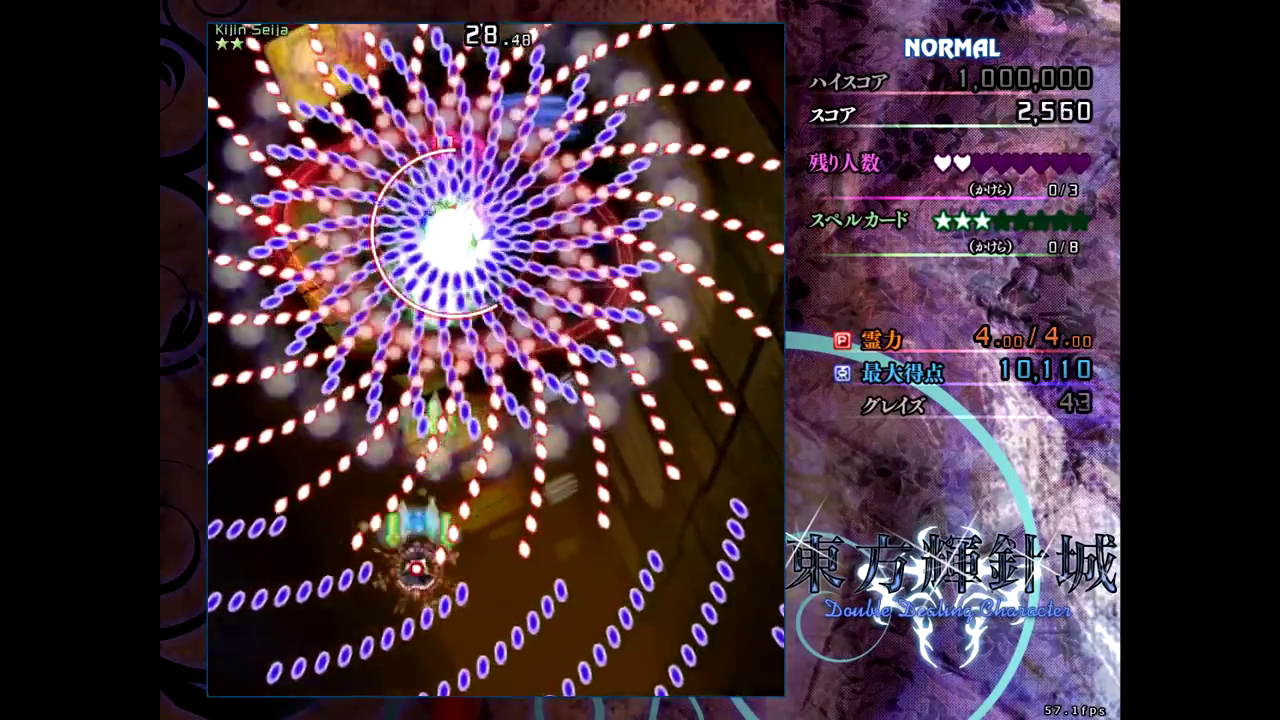 When it comes to riotous explosions of light and color, nothing even comes close to Japanese bullet hells. It’s basically the deranged cousin of the scrolling shmup (shoot ‘em ups), where enemy projectiles fly in such elaborate swirls and patterns they almost fill up the entire screen.

While Touhou Project is renowned in the bullet hell domain it has been exclusive to Japan for nearly two decades, mostly due to the fact that it’s led by a single developer. That will soon change as Playism, an indie digital distribution platform, is collaborating with Team Shanghai Alice for a Western release.

The honor of breaking into the English-speaking masses belongs to Touhou Kishinjo: Double Dealing Character, the 14th main entry in the series. On closer inspection it seems appropriate: the game was the first in the series to be available digitally back when it released in August 2013. Now it’ll also be the first to be available in English.

While surviving and getting to the end is a worthwhile journey itself – often requiring players to learn a breadth of moves such as grazing, high jumps, and cancels – racking up a high score remains one of the series’ key charms (alongside its character roster). The focus for Double Dealing Character will be on item collection, especially long streaks in a single pass.

No release date as of yet although Playism says it’ll be “sooner than you think.” Why not check out some of their free games in the meantime?

Ade thinks there's nothing quite like a good game and a snug headcrab. He grew up with HIDEO KOJIMA's Metal Gear Solid, lives for RPGs, and is waiting for light guns to make their comeback.
Previous post It’s Here: Grand Theft Auto V’s 60FPS PC Trailer
Next post Early Access for Killing Floor 2 Begins On 21 April