Stock Up On Bohemia Interactive With This Humble Bundle 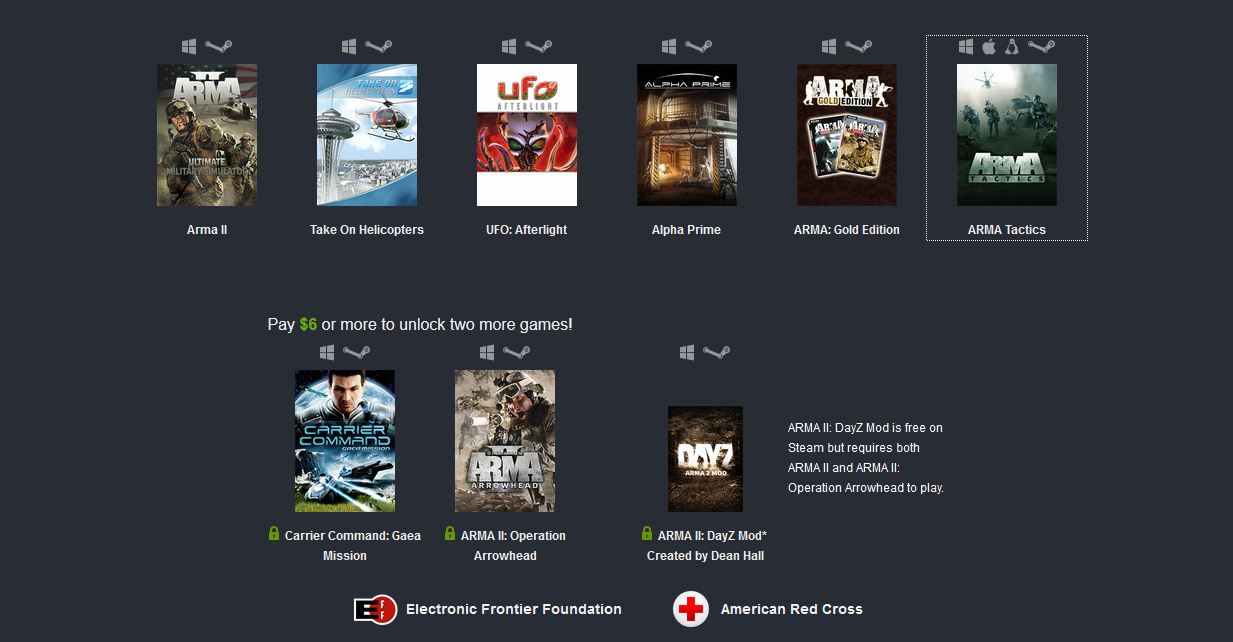 Depending on your perspective, here’s a good/bad reminder: It’s Friday. That means the weekends are drawing close and we’ve got a new Humble Weekly Sale to contend with. This time Bohemia Interactive is in the spotlight, desperately trying to figure out how to say, “Friendly!”

For a minimum of US$6 (about SG$7.60), buyers will mysteriously find themselves the owner of nine new Steam keys. They’ll unlock games belonging to an award-winning Czech studio known for their simulations, with titles along the lines of ARMA and Take On Helicopters. The full list is below but you should know this bundle is exclusively for the Windows folks; only ARMA Tactics has Mac and Linux support.

*This is the earlier mod, not the current version on Steam’s Early Access.

Those looking to spend less can do so for as little as US$1 – you just won’t get the last three games listed.

With a new Humble Bundle every week alongside sales on Steam and elsewhere, one has to wonder whether this is getting to be too much of a good thing. They’re great for consumers but surely this will affect things in the long-term.

Personally I’d prefer if Humble dialed it back down to a bundle every month or two, giving consumers time to actually play the games and to prevent developers from devaluing their games too quickly.

Ade thinks there's nothing quite like a good game and a snug headcrab. He grew up with HIDEO KOJIMA's Metal Gear Solid, lives for RPGs, and is waiting for light guns to make their comeback.
Previous post Niconico Heads to the PlayStation Vita Family
Next post Leaked Footage of Titanfall’s Closed Alpha, While Video Lasts