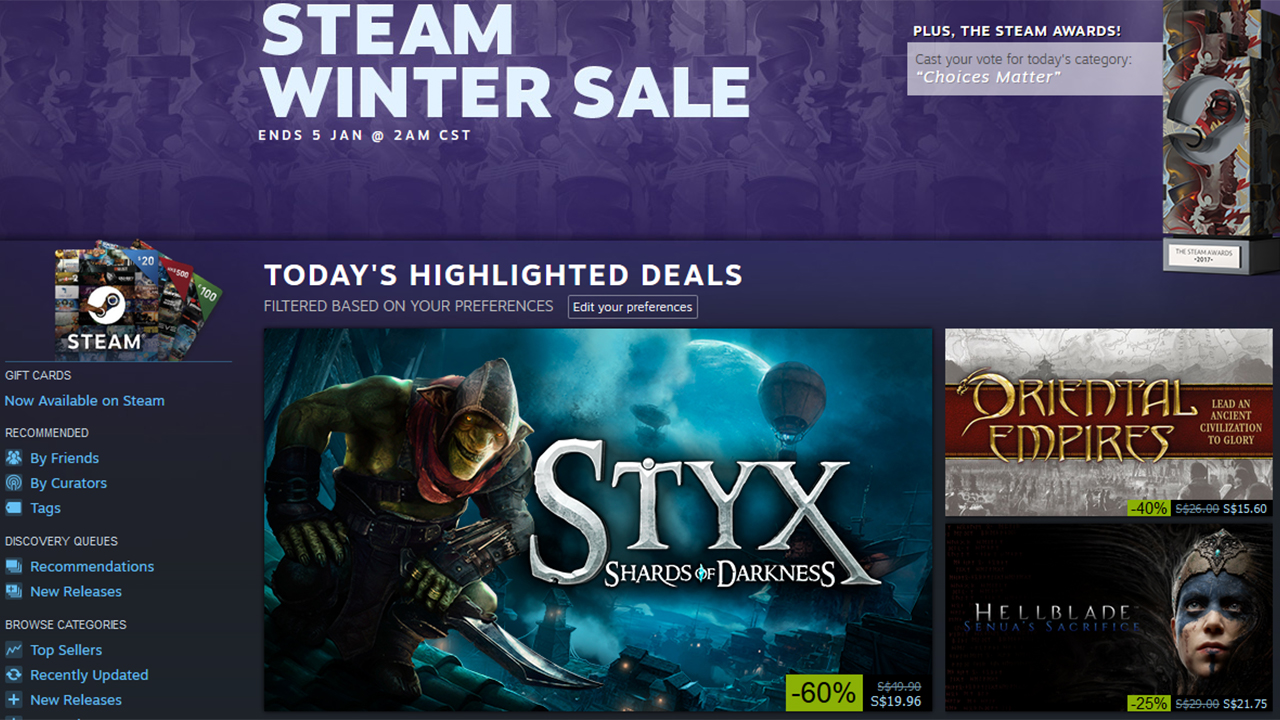 It’s that time of the year where PC gamers fatten their already overstuffed gaming backlog. Steam’s Winter Sale is now live until 5 January 2018, bringing a whole sleigh of discounts to titles old and new.

Valve has moved away from flash, daily deals, and other gamification mechanics so you’re free to browse and purchase at your own leisure. Discounts may be as steep as 90 percent for older titles, letting you catch up on acclaimed “classics” such as Portal (bundled together for $2.29), Left 4 Dead (bundled for $3), or Alien Breed (the entire trilogy for $2).

Alternatively, you may sweep up entire catalogues such as the Endless Grand Master Collection, which combines Dungeon of the Endless, Endless Legend, and Endless Space for $35.70.

If you’ve been up to date with your gaming purchases then there’s always the more recent releases. While the discounts won’t be as impressive, often hovering between 10 to 33 percent, they are cheaper than they normally would be. Examples here include Hellblade: Senua’s Sacrifice ($21.75) or Cuphead ($17).

Also, you might as well take the time to add free games such as Doki Doki Literature Club! to your library.

Sadly, Steam’s interface isn’t all that useful once you decide to dive deep within those pages, so try database sites such as SteamDB to help point you in the right direction.

Ade thinks there's nothing quite like a good game and a snug headcrab. He grew up with HIDEO KOJIMA's Metal Gear Solid, lives for RPGs, and is waiting for light guns to make their comeback.
Previous post Bandai Namco reveals Black Clover: Quartet Knights for PC and PS4
Next post World of Tanks to get major revamp in March 2018